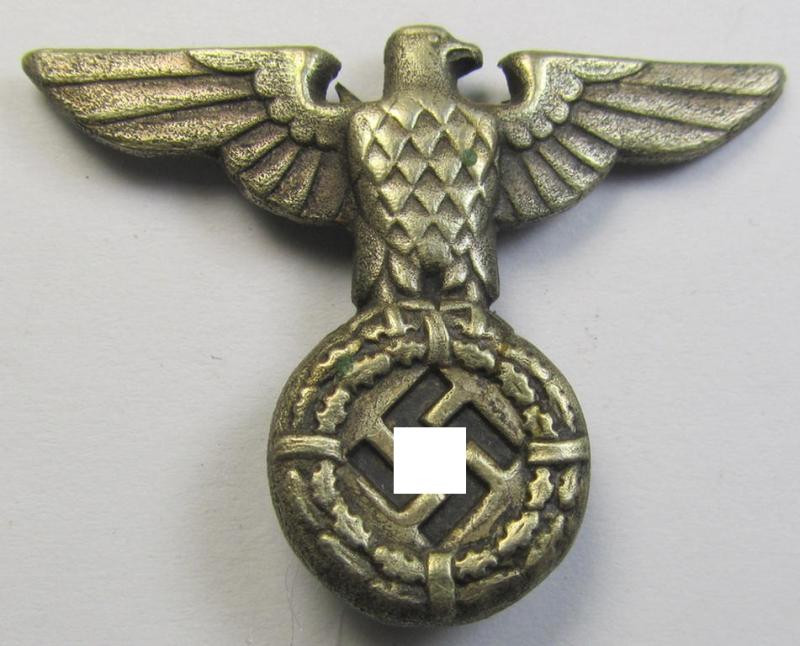 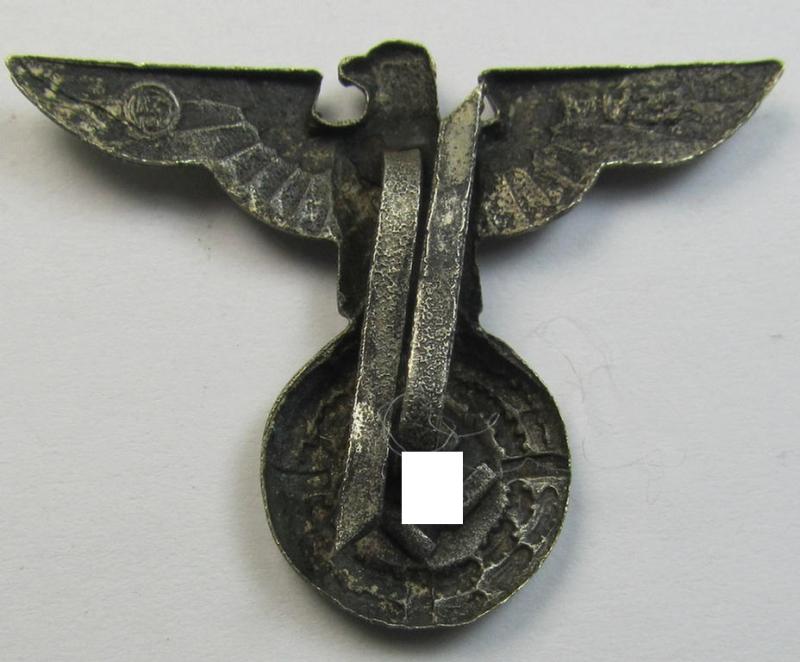 This is an attractive - and truly detailed! - silver-toned- and/or (I deem) 'Buntmetall'-based- and/or truly early-pattern, political-style (ie. SS- o. SA-type-) visor- (ie. 'Schirmmützen o. Kepi'-) cap-eagle being a clearly maker- (ie. 'RzM M1/25'-) marked example that comes in an overall nice- ie. moderately used- and carefully cap-removed-, condition. These eagles were intended for usage on the various (early-pattern) visor-caps (ie. 'Schirmmützen o. Kepi's') of one of the national-socialistic- (ie. party related-) organisations such as the SS and SA. The eagle has truly great pronounced detail and retains both its (also 'Buntmetall'-based) pins ie. prongs in place (which were I deem once bent but which are of course still fully functional). The piece - which is right-facing and that is having an approximate 'wing-span' of only 3,8 cms. - has most certainly never been cleaned nor polished and has a somewhat tarnished- albeit 'frosted' 'age-patina' and (fully preserved) black-painted background of the swastika-area (as can be seen on the pictures). Simply a very attractive - and truly detailed! - 'early-pattern' visor-cap-eagle: hard to upgrade this attractive and most certainly unusally encountered example!