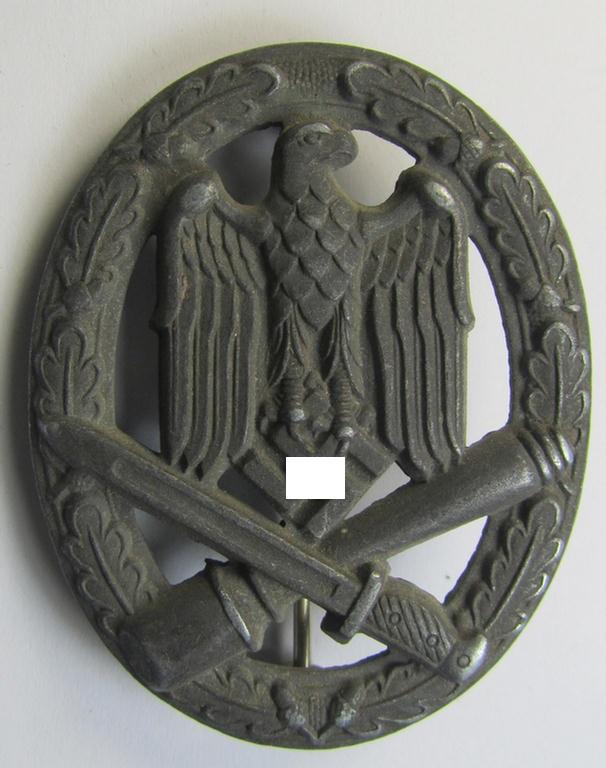 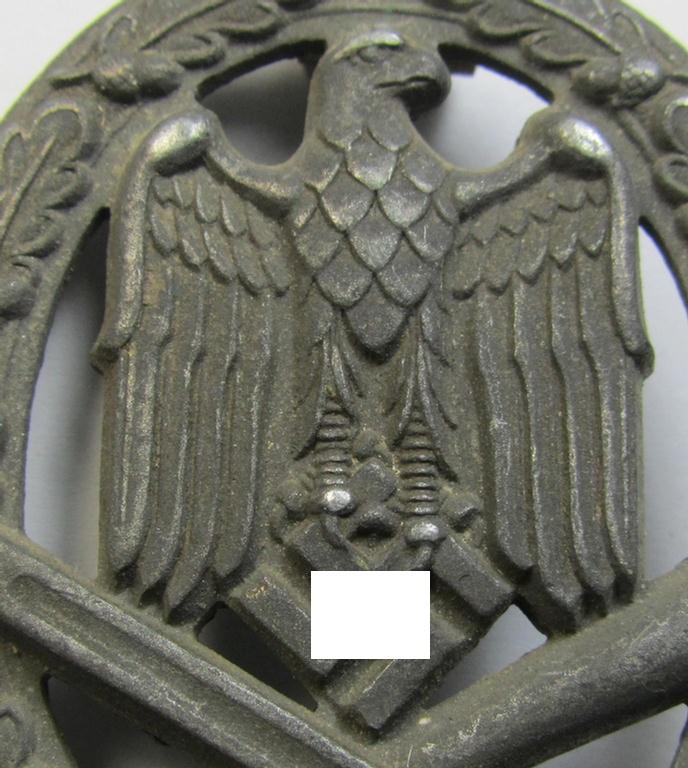 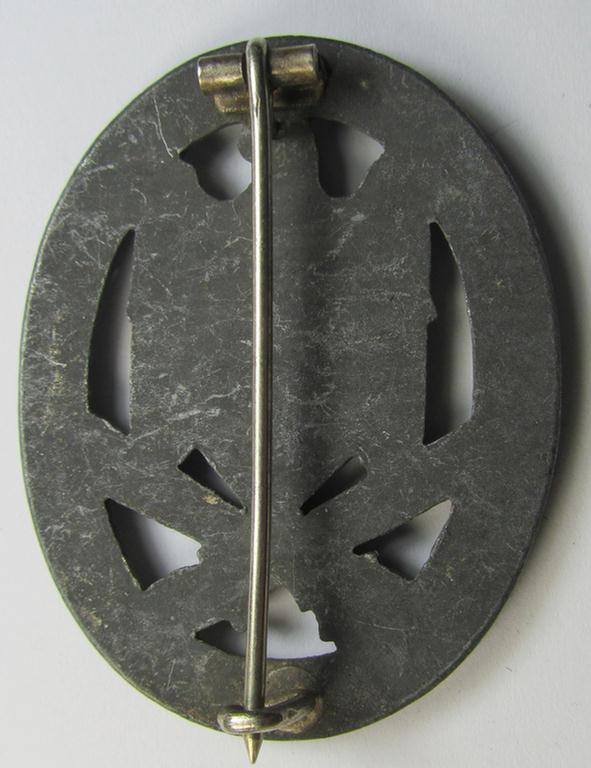 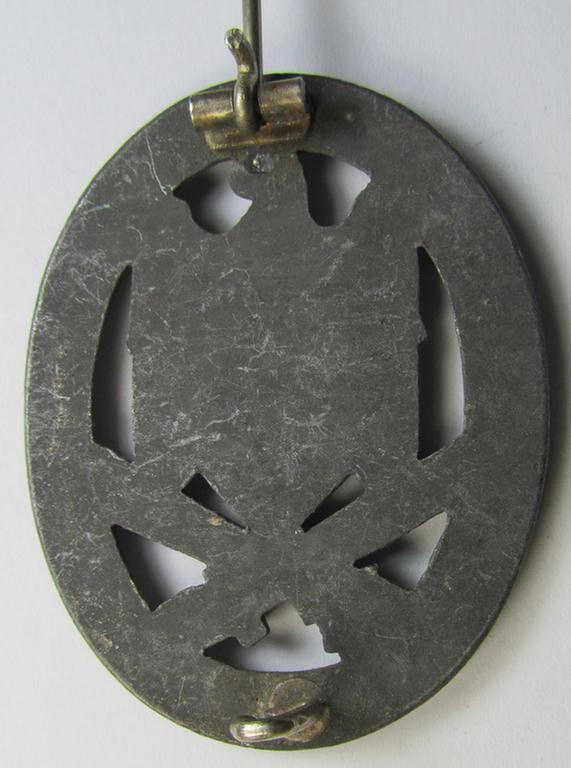 Attractive, 'Allgemeines Sturmabzeichen' (or General Assault Badge ie. GAB), being an unmarked, zinc- (ie. 'Feinzink'-) based so-called: 'flat-back'-pattern by a (by me) unidentified maker

This is an attractive - and I deem moderately used ie. worn - example of an: 'Allgemeines Sturmabzeichen' (or General Assault Badge ie. GAB) being an unmarked, zinc- (ie. 'Feinzink'-) based so-called: 'flat-back'-pattern by a (by me) unidentified maker but unmistakenly having a 'Schickle'- ie. 'Mayer'-design and that comes in an overall nice- (and I deem only moderately used- ie. worn-), condition. The badge is typical, non-magnetic zinc- (ie. 'Feinzink'-) based example that retains most of its typical greyish-silver-coloured finish: it has a typical zinc-coloured 'age-patina'. This particular example comes naturally mounted on its functional (thin-shaped- and/or silver-coloured-) pin which is mounted on a typical 'mounting' and shows a 'welded-on'- and/or (somewhat bent- but fully functional) copper-based catch as is more often seen. The piece is still very detailed and has a very pronounced appearance: the award has truly been used and shows some regular wear on the obvious higher areas: it is moreover a tiny dirty ie. stained (see pictures) but was most certainly never cleaned nor polished. It originated from a private-household in Germany and was never before in collector-hands. I deem that this piece can most certainly be further attributed to a maker if wanted or deemed needed. In any case a very attractive and honest GAB that is wit certainty accordingly priced!