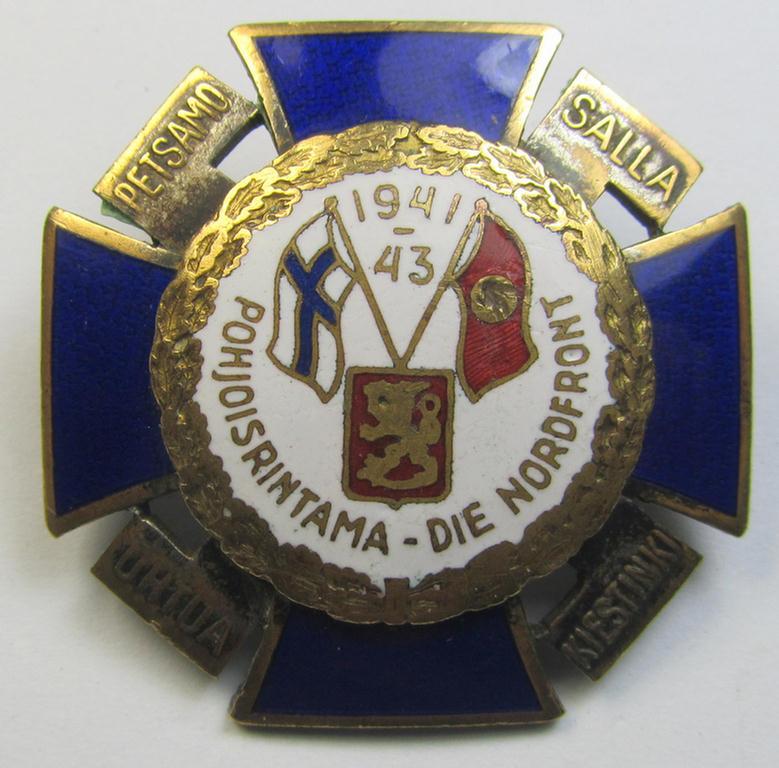 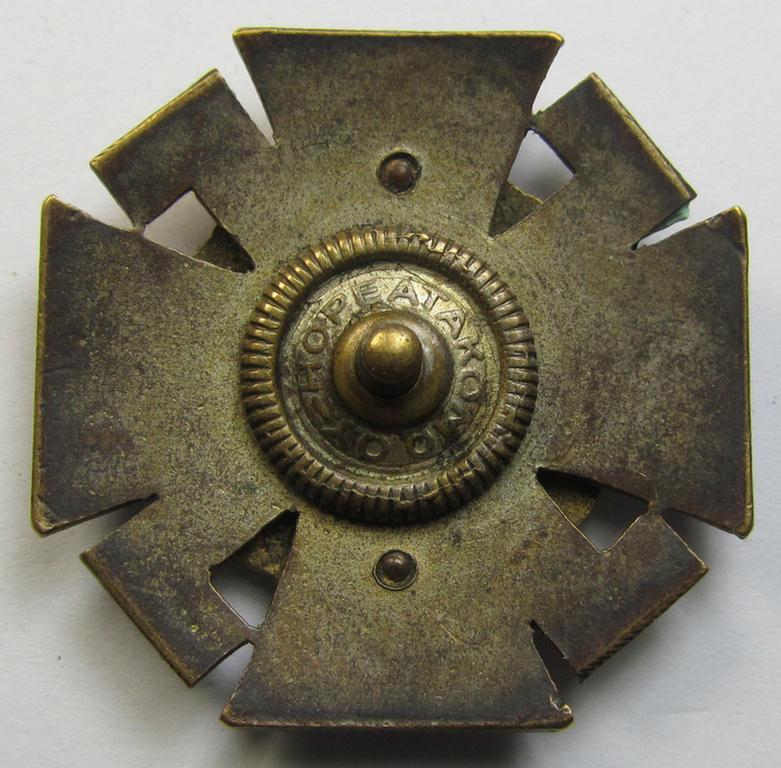 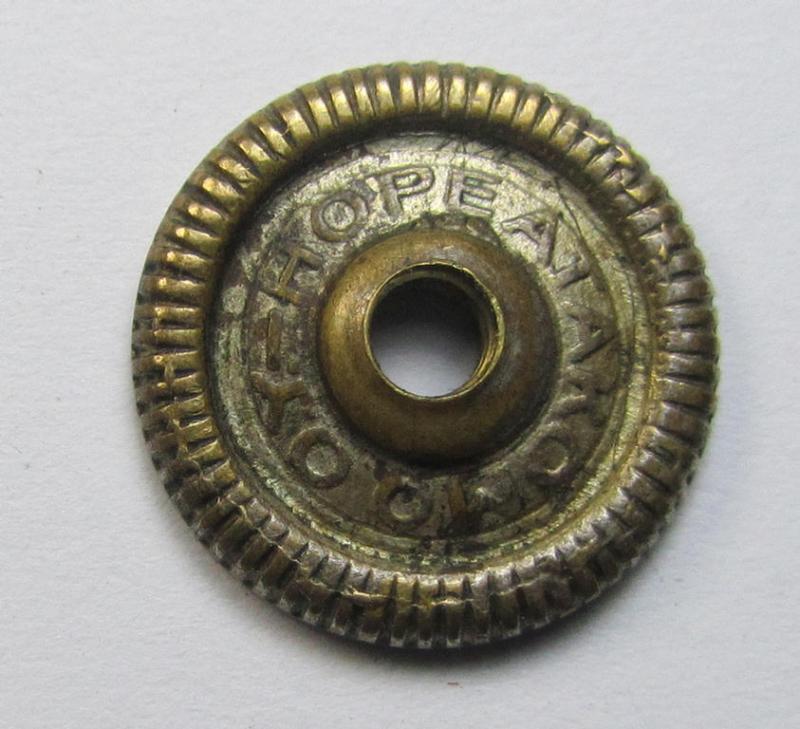 This is an attractive - and actually scarcely encountered! - example of a so-called: Finnish- ie. German: 'Nordfrontkreuz', being a white- and bright-blue-coloured and neatly enamelled and maker- (ie. 'Hopeatakomo o.y.'-) marked 'variant' that comes in an overall nice- (and I deem clearly used and/or minimally damaged-), condition. The cross - which shows the text: 'Pohjoisrintama - Die Nordfront - 1941/43' - has an immaculate enamelled surface, without showing any real damage: it just shows some regular 'scratching' ie. tarnished surface caused by usage and/or moderate wear. The silver-coloured finish - as applied on the arms of the Finnish-styled swastika - has somewhat faded away and does show some regular blackened- ie. somewhat dirty tarnish. Moreover, has the (tiny) swastika been partly de-nazified (as can be seen on the pictures). The cross - which was often awarded to (and worn by!) German soldiers - comes mounted onto its period 'screw-back' attachement that shows the designation 'Hopeatakomo o.y.' (as can be seen on the photos). I deem that I have priced this attractive and most certainly decorative award, according to its minimally damaged condition!