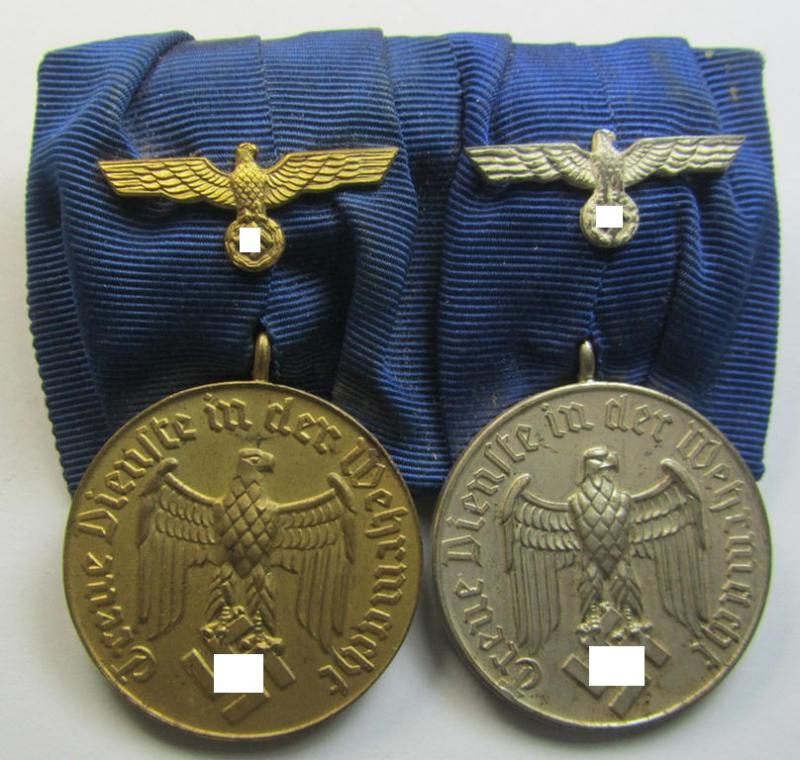 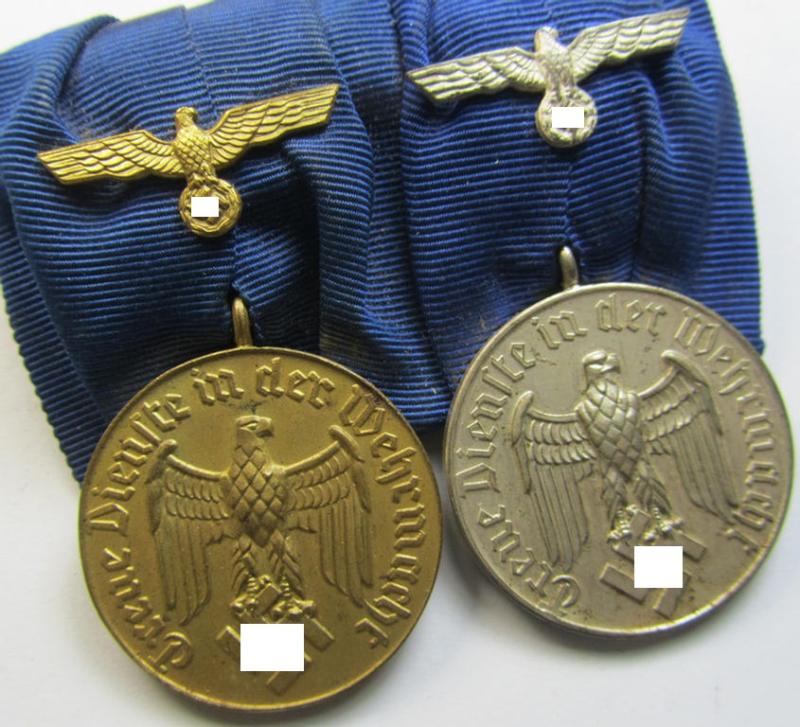 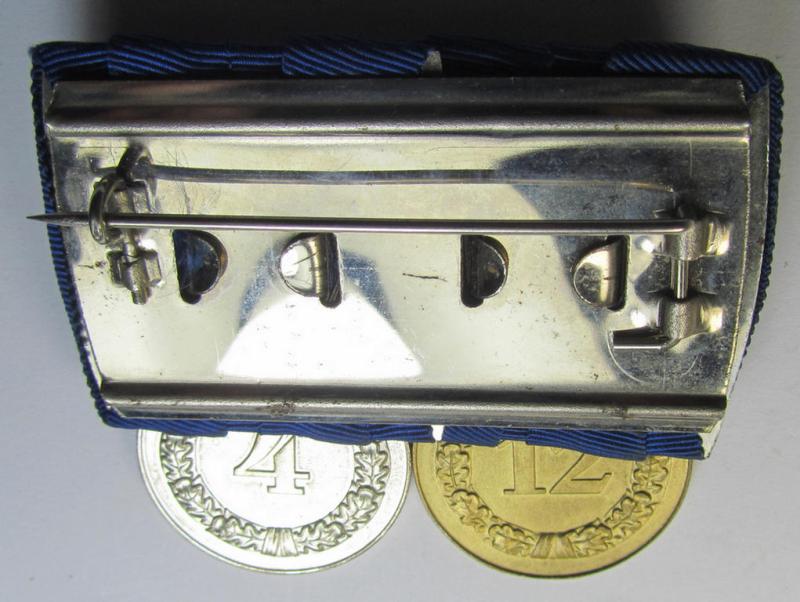 This is an attractive - and I deem just minimally used- and/or worn - example of a two-pieced WH (Heer ie. Kriegsmarine) medal-bar (ie. 'Spange') showing respectively a: WH (Heeres or Kriegsmarine) so-called: 'Dienstauszeichnung für 4 Jahre Treue Dienste' (or: loyal-service medal for four years of loyal service) and a: WH (Heeres or Kriegsmarine) so-called: 'Dienstauszeichnung für 12 Jahre Treue Dienste' (or: or loyal-service medal for 12 years of loyal service) both examples having a detailed silver- (ie. golden-) coloured eagle-device period-attached and that both come in an overall very nice- (albeit minimally used- ie. worn-), condition. Both medals are truly very nicely preserved examples that seem to have never been cleaned nor polished: both come in an equally tarnished- ie. dusty condition and also come mounted on their period-attached ribbons. Both 'DA' have a neat somewhat 'frosted' appearance and show a mininally darkened age-patina and staining (as can seen on the pictures): something that is also valid for both eagle-devices. The 'Spange' comes period-mounted as a so-called: 'Doppelspange' and is not 'backed' with a piece wool but comes mounted onto a chrome-based 'backing-plate' as more often encountered. The piece retains a (still functional) pin-ie. catch set-up as to be expected. Simply an attractive and desirable example of a: 'WH-Doppelspange' that can be mounted on almost any tunic!