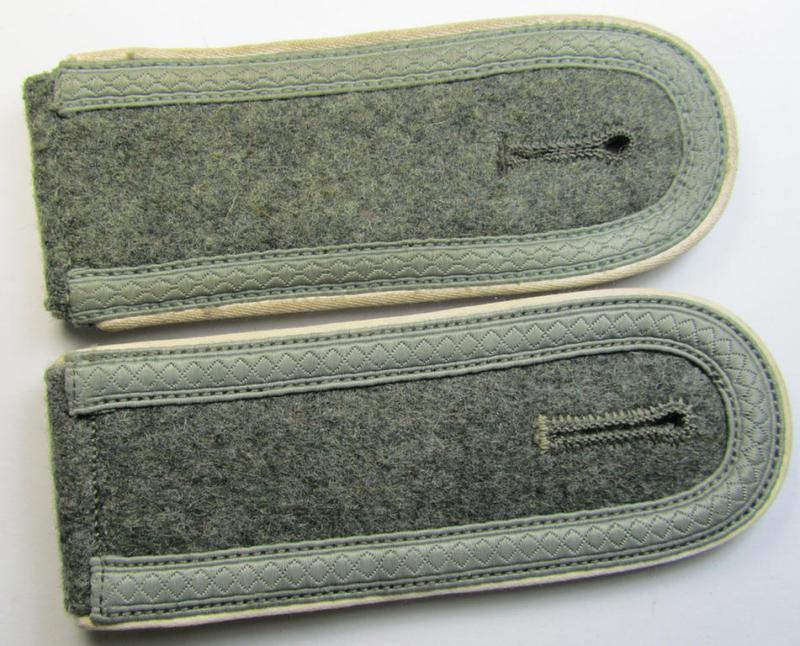 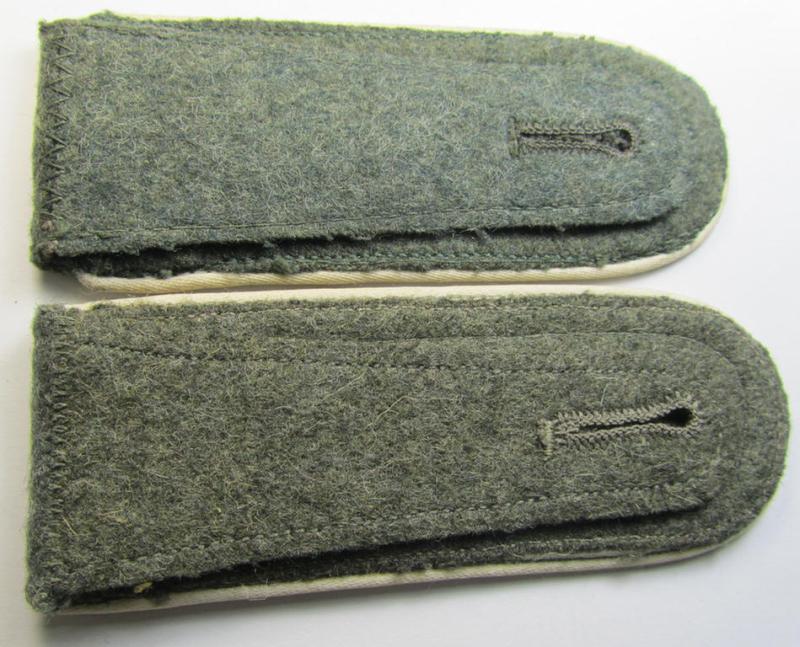 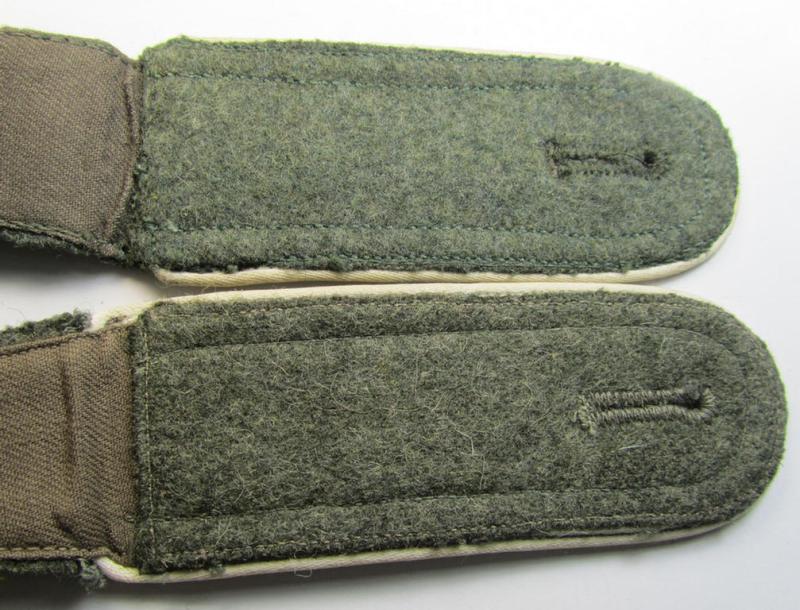 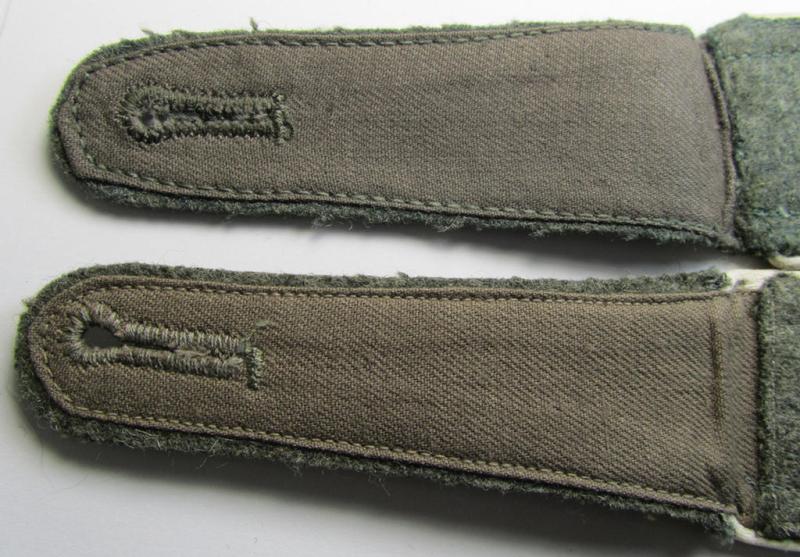 Attractive - albeit minimally mis-matched - pair of WH (Heeres) NCO-type (ie. 'M40-/M43'-pattern) shoulderstraps as piped in the white- (ie. 'weisser'-) coloured branchcolour as was intended for usage by an: 'Unteroffizer eines Infanterie-Regiments'

This is an attractive - albeit mimimally mis-matched but nevertheless nowadays not that easily found! - pair of WH (Heeres) early- (ie. mid-) war-period, so-called: 'M40-/M43'-pattern, NCO-type shoulderstraps as piped in the white- (ie. 'weisser'-) coloured branchcolour as was intended for - and clearly worn by! - an: 'Unteroffizer eines Infanterie-Regiments' (or: junior-sergeant who served within an army infantry-regiment ie. unit-) and that comes in an overall nice- (albeit - I deem - minimally used ie. worn- ie. carefully tunic-removed-), condition. The shoulderstraps - which are approximately 11 cms. sized in length - have the 'standard-type'- and/or field-grey-coloured 'upperdecks'. The straps - which have the white- (ie. 'weisser'-) coloured- and desirable 'silk-like'-type piping attached - show the (bluish-coloured- ie. sub-dued) NCO-braid attached (as can be seen on the pictures). I deem that this is a typical 'standard-issued'- (ie. non-privately-purchased- nor tailor-made!) pair that was only minimally used- ie. worn. The neat straps - which came mounted onto their period tongues - show as stated above some moderate usage and/or wear (some minor staining and/or dust is visible and/or present). This shoulderstrap-pair originated from an older shoulderstrap ie. board-collection that I recently acquired for the web-site. Simply an very attractive and/or: early- ie. mid-war-period and/or 'Heeres'-related NCO-type shoulderstrap-pair that was intended for usage by an: 'Unteroffizer eines Infanterie-Regiments'!