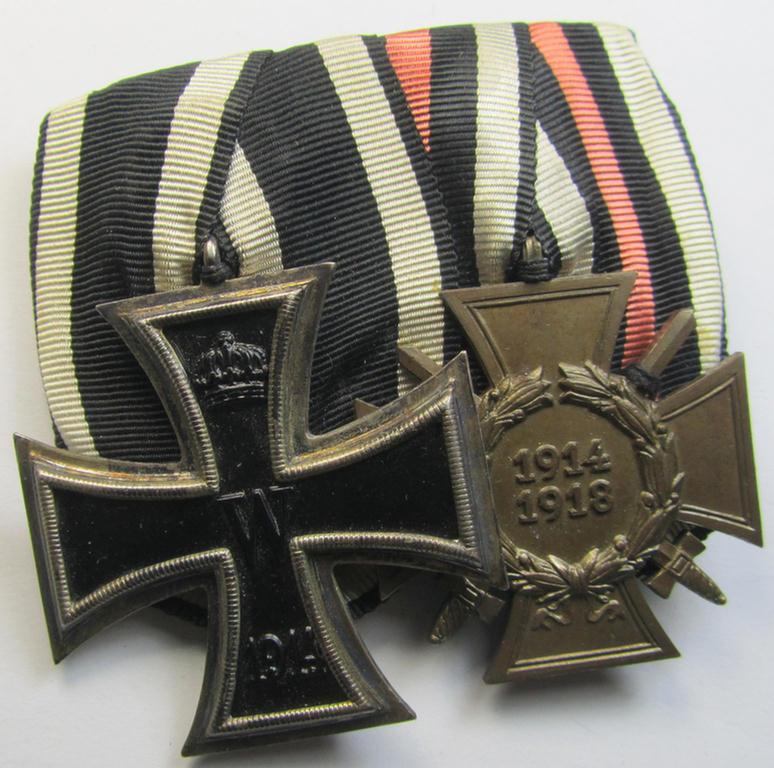 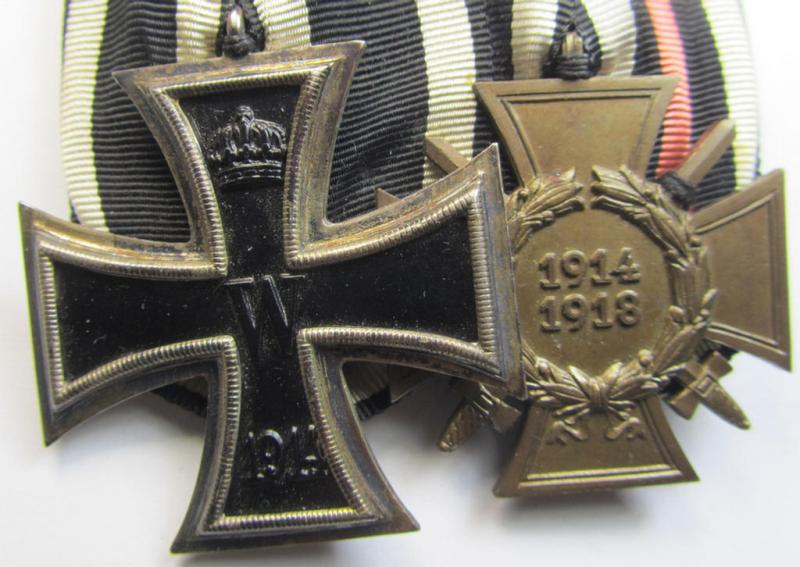 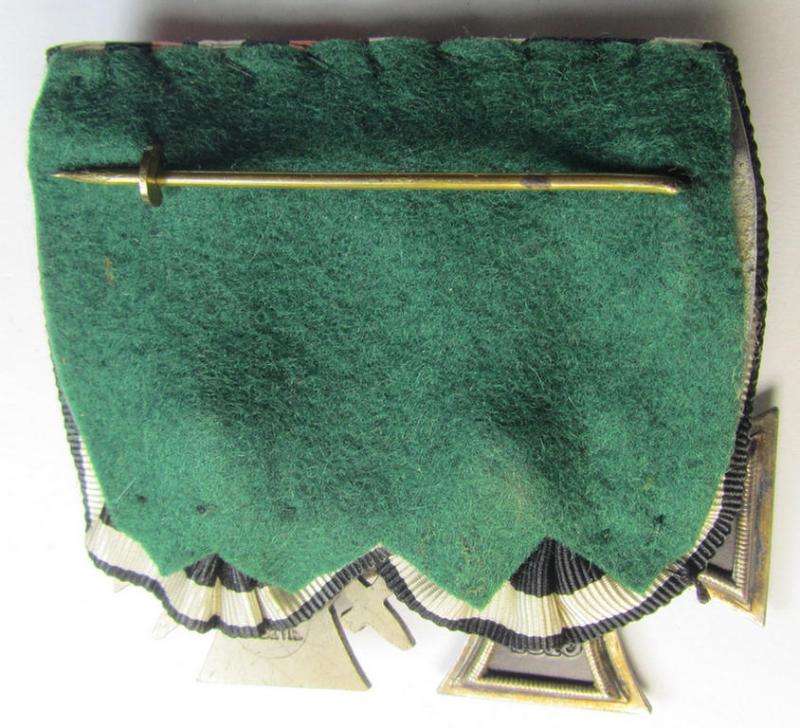 Attractive, WWI-period so-called: 'Doppelspange' (being of the non-'detachable-pattern') showing resp. an: 'EK II. Klasse' and a: 'FKK 1914-18 mit Schw.' and that comes as recently found

This is an attractive - and I deem just moderately used- and/or worn! - example of a WWI-period, so-called: 'Doppelspange' (ie. 'Doppelspange'-set) being of the non-'detachable-pattern' and that is respectively showing an: 'Eisernes Kreuz II. Klasse' (or: iron cross second class) and a WWI-period: 'Frontkämpferkreuz 1914-18 mit Schwertern' (ie.: 'Kriegsteilnehmerkreuz 1914-18 mit Schw.') and that comes as issued, moderately worn and/or recently found. The detail on the 'EKII. Klasse' is truly stunning and nicely preserved: it has - I deem - never been cleaned nor polished and has an attractive and/or minimally tarnished age-patina (as can be seen on the pictures). It retains nice details and has a nicely preserved, black-finished (ie. somewhat 'satin-like'- ie. 'shiny-style') core and is void of any damage or paint-loss. The FKK 1914-18 shows a clearly present makers'-designation on its back (that reads: 'LG.M.' as can be seen on the pictures). The detail on this award is also nicely preserved but it does show some tarnished age-patina and some minimal staining (as can be seen on the pictures). Both awards - which show their nicely preserved, period ribbons - come both 'period-mounted' onto a metal-based 'clasp' that is 'backed' with darker-green-coloured wool (and that shows a functional pin- ie. catch-set-up) as was intended for wearing this example on a 'going-out'- ie. dress-tunic or 'Waffenrock'. Simply an attractive WWI-period, 'Doppelspange' that is with certainty accordingly priced!