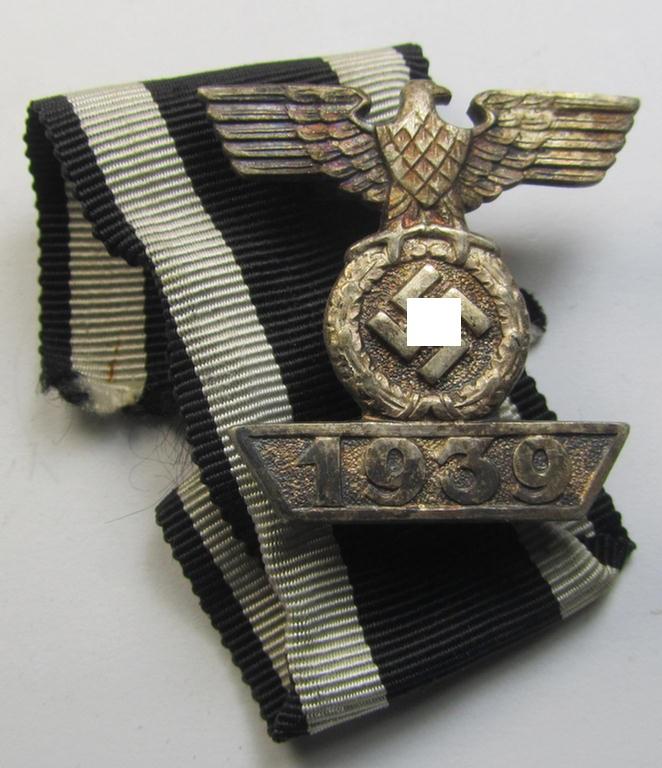 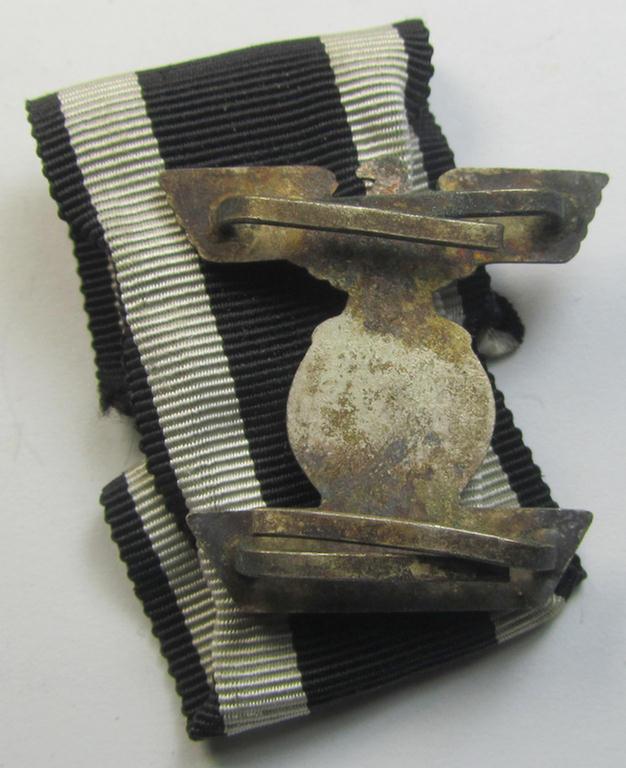 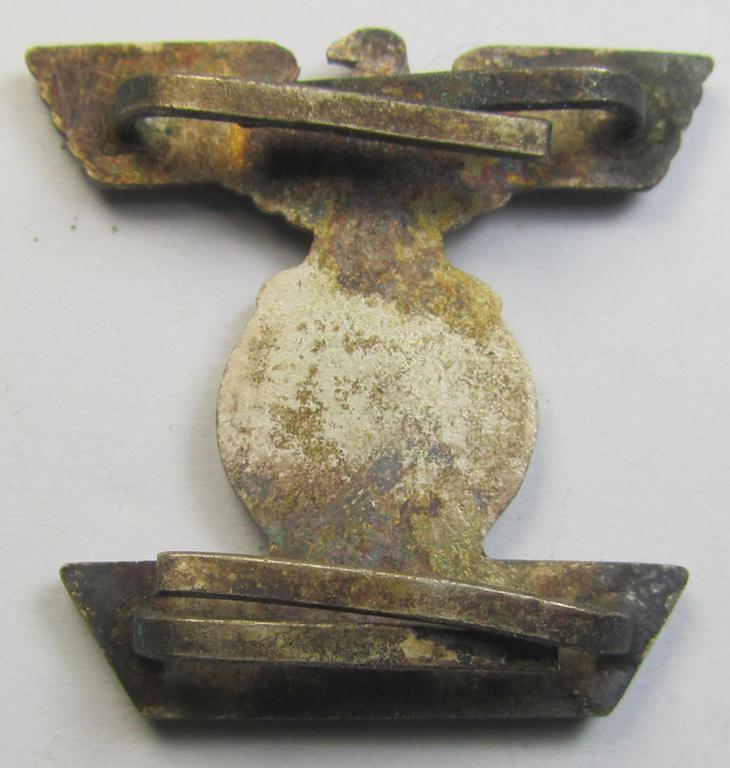 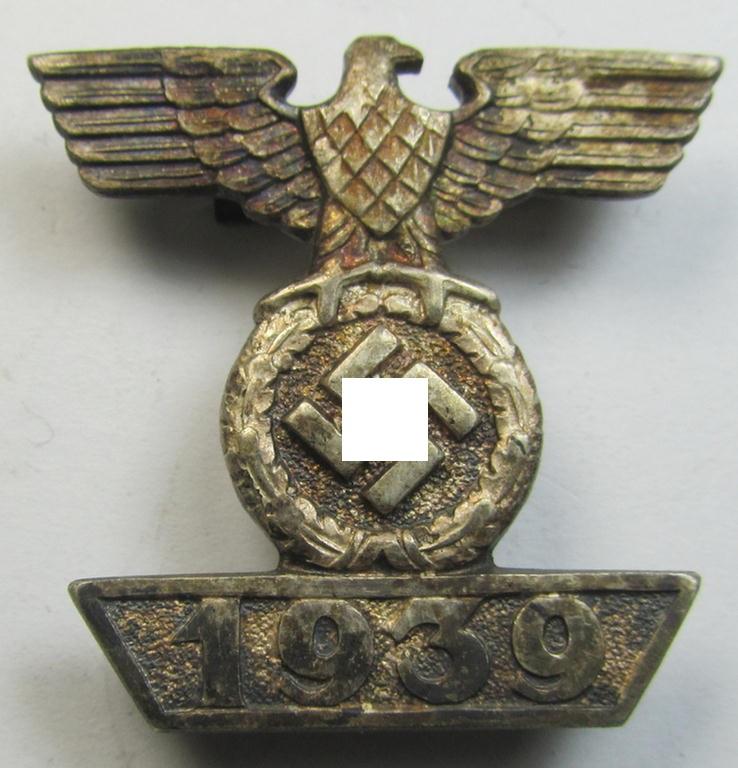 Superb, 'Wiederholungsspange zum EK II. Klasse' (or: bar to the WWI IC second class) as was produced by the (scarecely found!) maker (ie. 'Hersteller') named: 'Ziemer & Söhne' as based in the town of Oberstein

This is a very attractive - and (I deem) clearly issued and/or moderately worn! - example of a so-called: 'Wiederholungsspange zum EK II. Klasse' (or: bar to the WWI IC second-class) being a typical non-maker-marked (ie. 'Buntmetall-versilbertes') example as was (I deem) produced by the desirable (and scarcely found!) maker (ie. 'Hersteller') named: 'Ziemer & Söhne' as based in the town of Oberstein and that comes in an overall very nice- (albeit most certainly issued- and/or just moderately worn-), condition. The neat piece is somewhat tarnished but is nevertheless still very detailed and/or pronounced as to be expected: it retains all its four functional (and totally unaltered) prongs (as can be seen on the pictures). The 'Spange' is as stated above only minimally stained ie. dirty: it retains a very nice age-patina and was I deem never recently cleaned nor polished. It came together with a period piece of WWI-period IC-ribbon (ie. 'Bandabschnitt') that measures approximately 17 cms. These attractive - by the 'Ziemer & Söhne'-company produced - 'Wiederholungsspangen zum EK II. Klasse' are nowadays quite scarcely encountered and are not that easily found. Simply a very attractive example that is I deem accordingly priced!