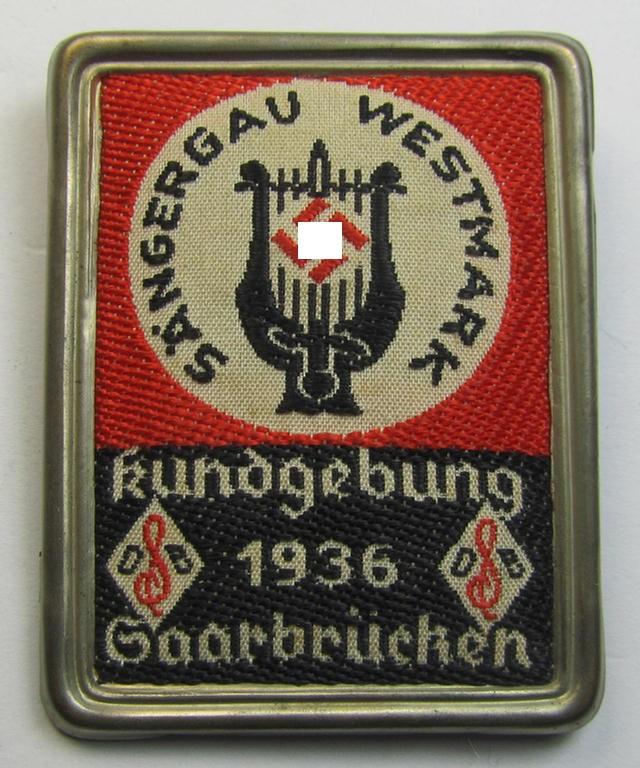 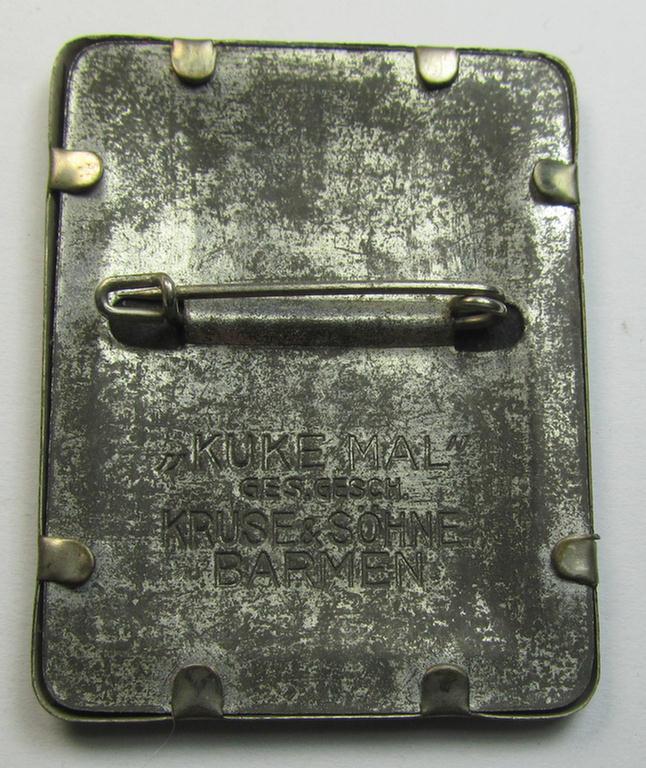 The attractive - and most certainly unusually seen! - day-badge (ie. 'tinnie' or: 'Veranstaltungsabzeichen') is executed in silver-toned- (ie. 'rimmed') tin-based metal (having a linnen-based inner-section) and depicts an illustration of the device of the 'Deutsche Sängerbund' with swastika, surrounded by and below with the text: 'Kundgebung Sängergau Westmark - Saarbrücken 1936' and was as such intended- ie. issued for a DSB-related gathering, held in the year 1936. The badge - that shows some normal wear and/or moderate age and that shows the makers'-designation: 'Kucke Mal - Ges.Gesch. - 'Kruse & Söhne' - comes naturally mounted onto its functional pin- ie. catch set-up and has never been cleaned nor polished: it shows some minimal staining (as can be seen on the pictures) but is still very detailed and/or pronounced. The centre of the 'tinnie' is truly nicely woven (by a technique similar to the 'BeVo-weave'-pattern, as can be seen on the pictures). Simply an attractive - and unusually seen! - 'tinnie' that is accordingly priced!