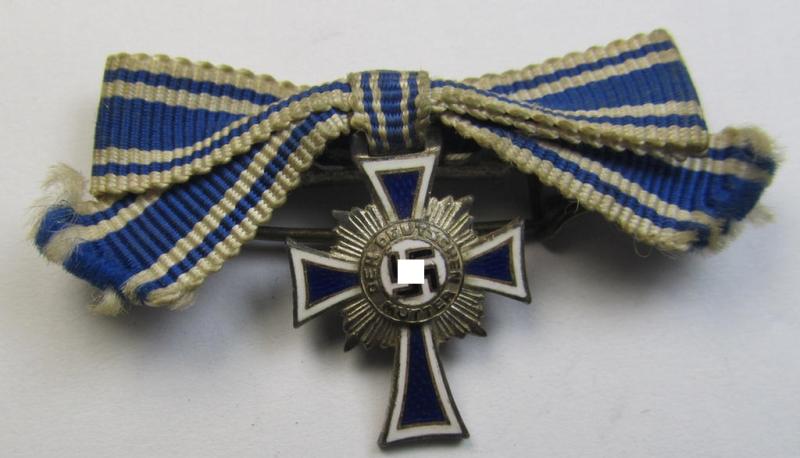 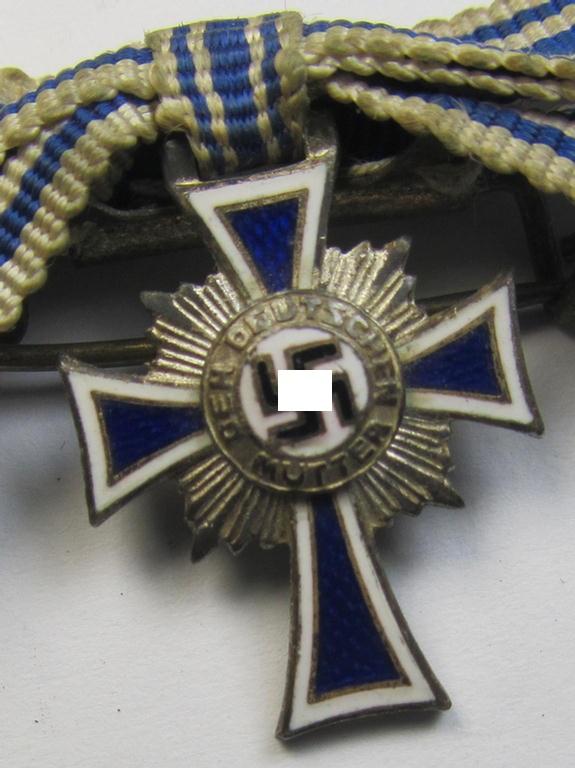 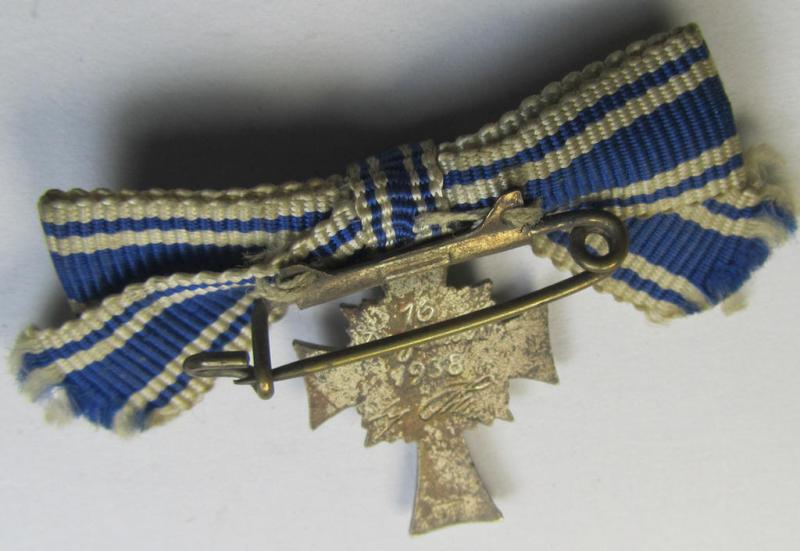 This is an attractive - and with certainty desirable! - miniature of an: 'Ehrenkreuz der deutschen Mutter - zweite Stufe' (or: silver-class mothers'-cross) being a neatly maker- (ie. 'L/16'-) marked example that comes in an overall nice- (albeit issued ie. moderately used- and/or worn-), condition. The small-sized award has truly no enamel damage whatsoever and comes in a nice condition overall: it shows the to be expected motto on its back which reads: '16 December 1938 - Adolf Hitler'. The bronze-toned finish is a tiny bit tarnished, but the piece was never cleaned nor polished. The small badge (having an approximate height of only: 2 cms.) shows great, pronounced detail: just like its larger- ie. 'regular'-sized counterparts. The miniature comes mounted onto its original safety-pin-attachment, fitted for easy attaching it to a dress (or even uniform). The miniature was recently found at a German private-household and was never before in collectors'-hands. The piece was with certainty produced by the: 'Steinhauer & Lück'-company (something that can easily be deducted from the somewhat vaguely present 'L/16'-makers'-designation on its back). Simply a nice occasion to acquire neat: 'Ehrenkreuz der Deutschen Mutter in Bronze'-miniature that is accordingly priced!