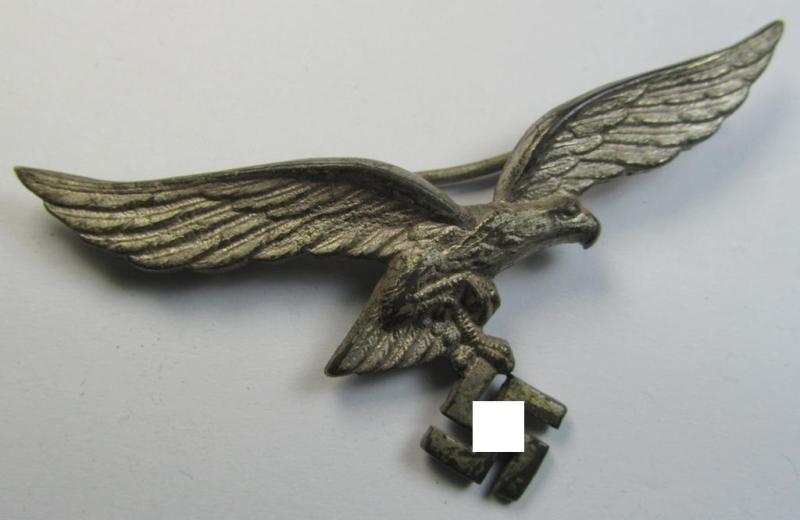 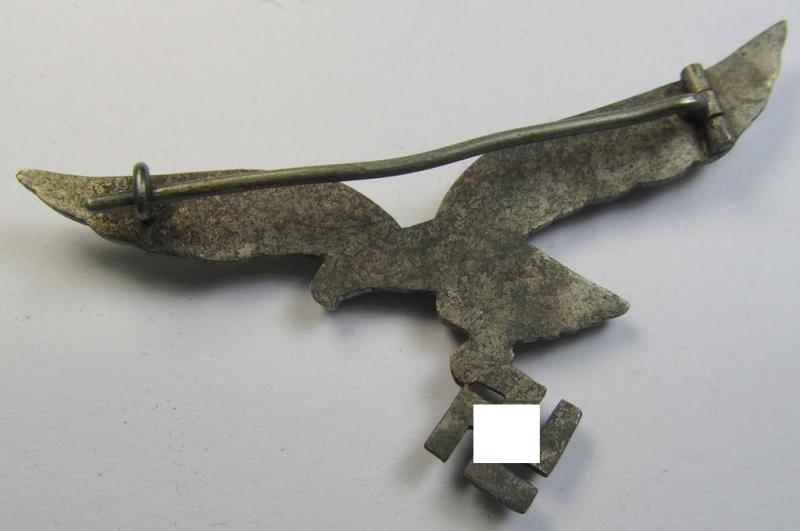 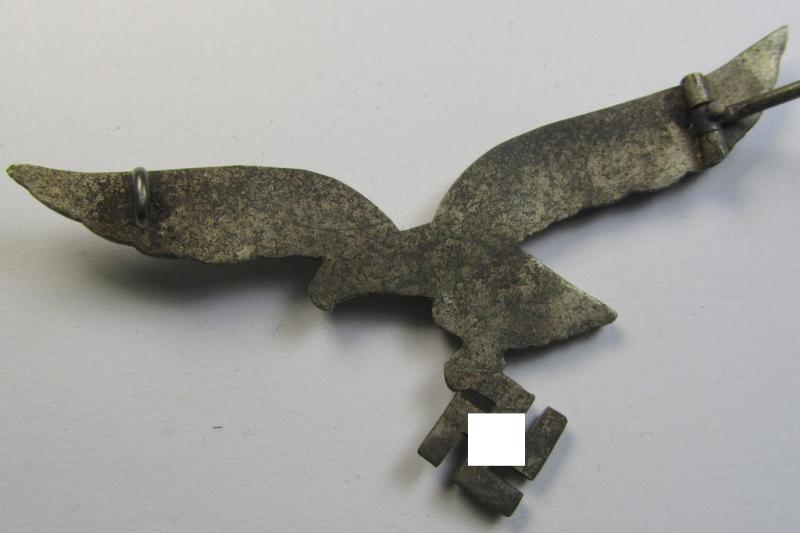 Attractive - and moderately used- ie. worn - WH (Luftwaffe) metal- (ie. 'Buntmetall'-) based breast-eagle as was intended for usage on the white summer-tunics (ie. 'Brustadler für LW Sommerrock') being a detailed- (albeit non-maker-marked-) specimen

This is an attractive - and actually not that often encountered! - WH (Luftwaffe) metal- (ie. typical regular-weight- ie. 'Buntmetall'-based) breast-eagle as was specifically intended for usage on the white summer-tunics (ie. 'Brustadler für LW Sommerrock') being a detailed- (albeit as more often non-maker-marked) specimen that comes in an overall nice- (and - I deem - just moderately used- and/or worn-), condition. The eagle is - as stated above - a very detailed example (of the second pattern) that is constructed of fairly shiny, metal- (ie. 'Buntmetall'-) that still shows some its 'off-factory' polished details. The eagle - which has naturally a functional and/or non-altered pin- and/or catch(set-up) - has - as stated - great pronounced detail and was most certainly never cleaned nor polished: it is just a tiny bit stained and does show some obvious wear-marks and/or scratches (as can be seen on the pictures). As possibly known are also these summer-type breast-eagles regrettably copied (most times being the aluminium ones which are clearly stamped with a large 'A'-character in the centre on the back): this one is as stated above of course a 100% garuanteed original example that originates from a private-household in Germany and that was never in any collection. Simply a very decorative - and not that commonly observed - summer-type, aluminium-based, LW breast-eagle that comes in a moderately used- and worn condition!