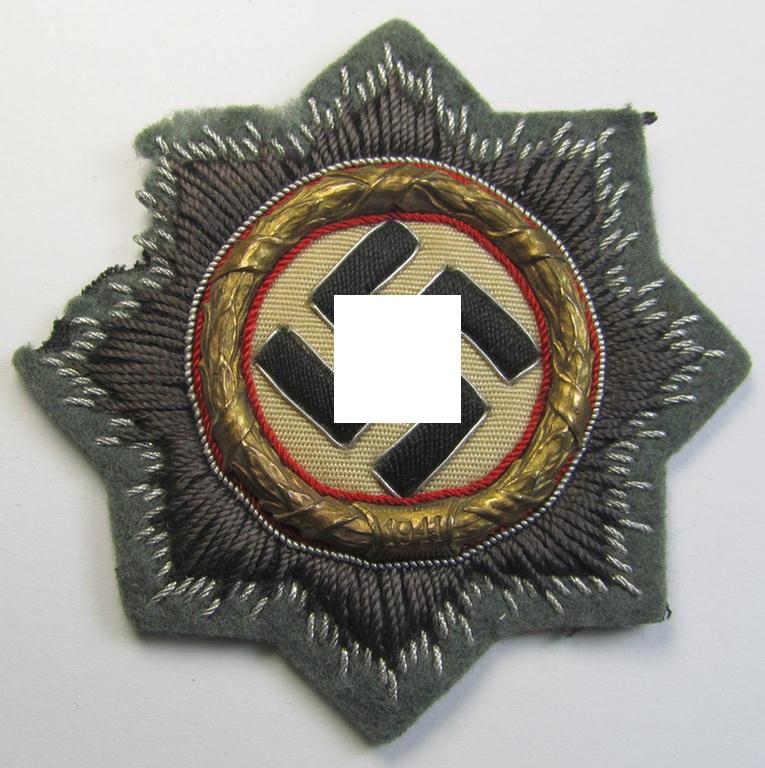 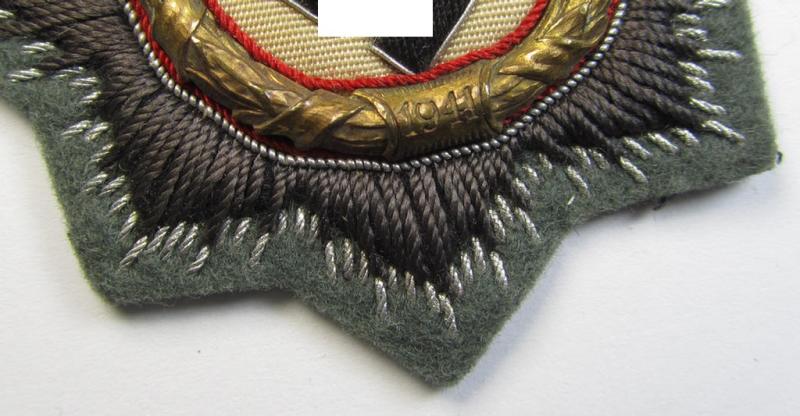 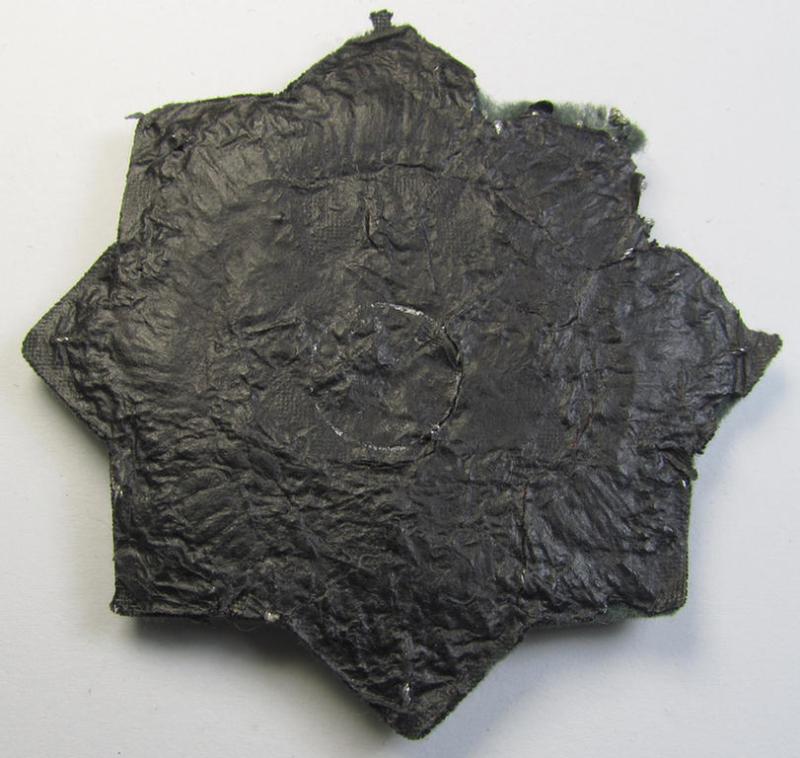 This is a truly attractive - albeit clearly issued and I deem carefully tunic-removed! - example of a cloth version of a WH (Heeres o. Waffen-SS) 'Deutsches Kreuz im Gold in Stoff' (or: cloth-based DKiG ie. German Cross in gold) that comes in an overall nice- (I deem just moderately used- ie. tunic-removed-), condition. The piece - which is neatly hand-embroidered in various types of bullion - has a (minimally damaged) field-grey-coloured- (ie. typical 'Heeres o. Waffen-SS'-type-) woolen-based background, signifying that it was a piece that was awarded to a 'Heeres o. Waffen-SS'-soldier. The piece shows just some minimal age and minimal wear and does show some minimal (but I deem non-disturbing) damage on its right-upper side (as can be seen on the pictures). It does show a bright-golden-toned (ie. metal-based) wreath as to be expected. The piece - which shows a circular-shaped, inked makers'-mark (ie. logo) on its back as is more often encountered - is nicely 'backed' with a piece of thin-shaped- and bluish-black-coloured 'backing'-paper (something that is more often but not always seen). Simply a very nice - and untouched! - example of a high-class award - only second in grade to a Knights Cross or 'Ritterkreuz des Eisernen Kreuzes'! - that is I deem accordingly priced!