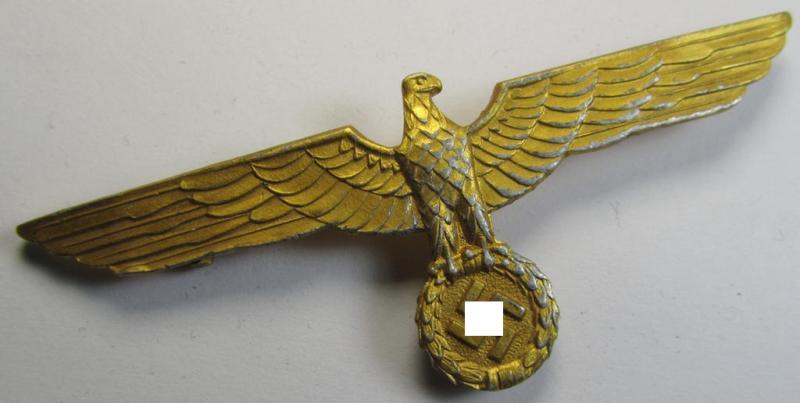 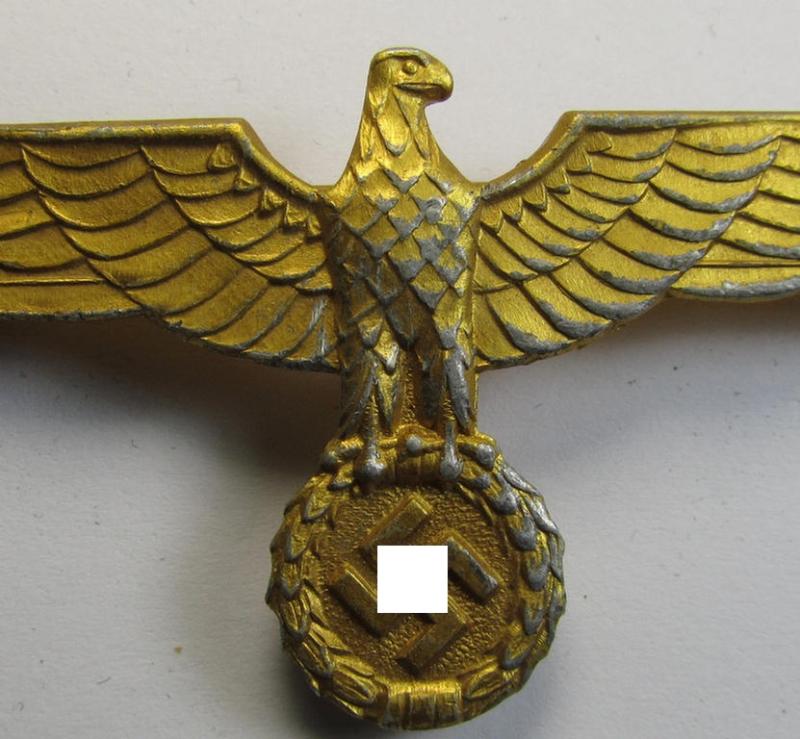 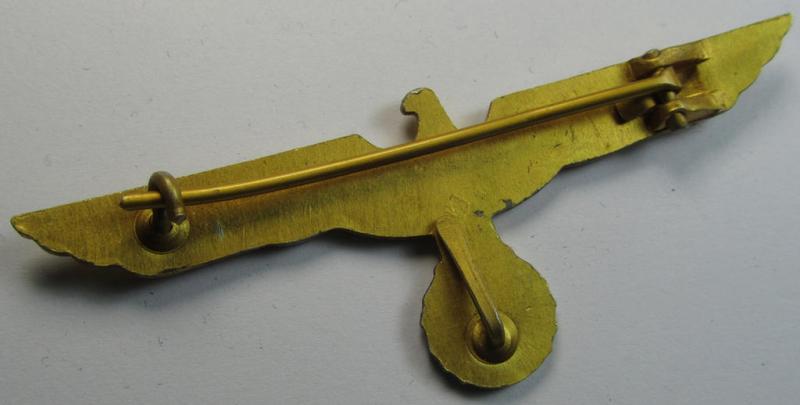 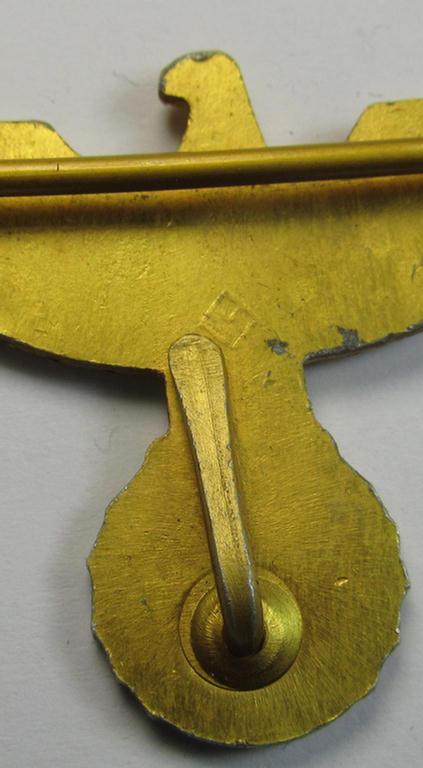 This an attractive - and I deem clearly used but nevertheless not that easily encountered! - WH (Kriegsmarine o. Heeres) bright-golden-toned- (ie. 'frosted'- ie. 'Feuervergoldet'!) and/or metal- (ie. light-weight- and/or aluminium-) based breast-eagle (ie. 'Brustadler für Sommerrock der Kriegsmarine') as was specifically intended for usage on the white-coloured, naval-type summer tunics and that comes in an overall nice- (ie. clearly used- and/or worn-), condition. The very detailed piece that shows a makers'-designation (ie. logo or: 'Raute' with an 'M'-character inside it: as such it was presumably produced by the 'Maedicke'-company) on its back is a 'standard-pattern'-example that has a nice, truly 'frosted' and/or detailed appearance. It shows no real damage but shows some obvious wear: some of its so-called: 'hochpolierte Kanten' (or polished sides) are still nicely preserved and/or present (as can be seen on the pictures). The eagle just shows some minimal age ie. staining as to be expected. The piece comes mounted onto its original pin and also retains its (often missing!) 'third attachment-pin' (shaped like a clip as can be seen on the pictures). These attractive tunic-eagles can easily be considered 'fairly scarce'. It should be noted that this pattern breast-eagle was seen on the various naval summer-tunics but could eventually also be used for a WH (Heeres) general-officers'-summer-tunic (there was no difference between the metal breast-eagles used for these two branches). Simply an attractive - albeit clearly used! - WH (Kriegsmarine ie. evt. Heeres-related) breast-eagle that is accordingly priced!