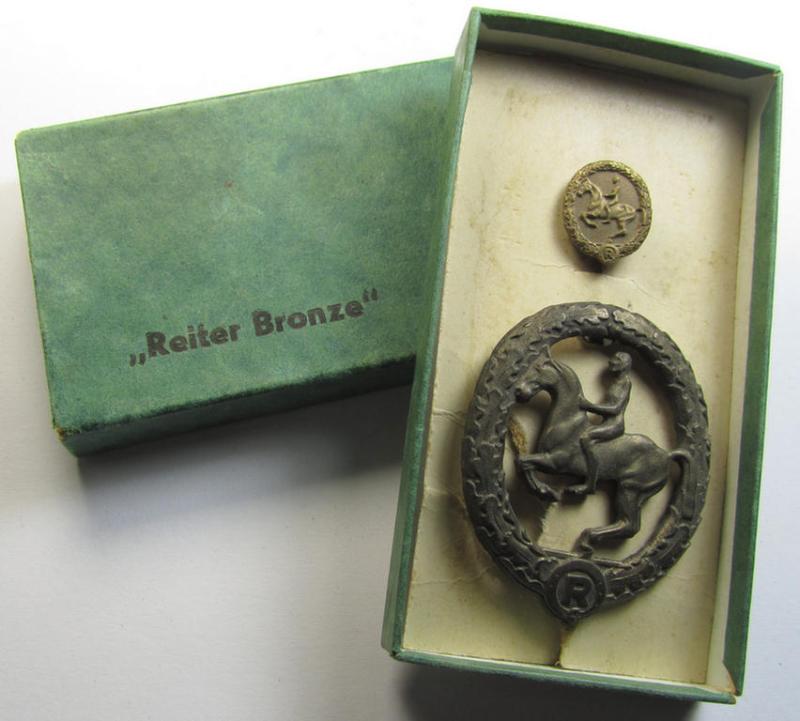 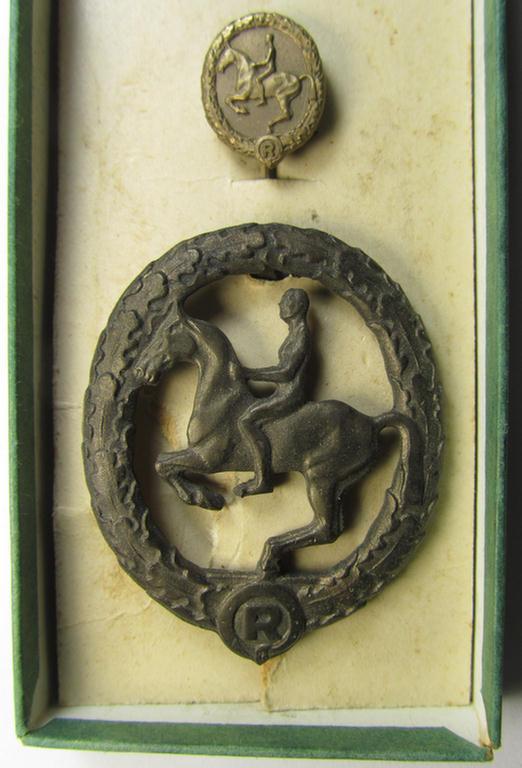 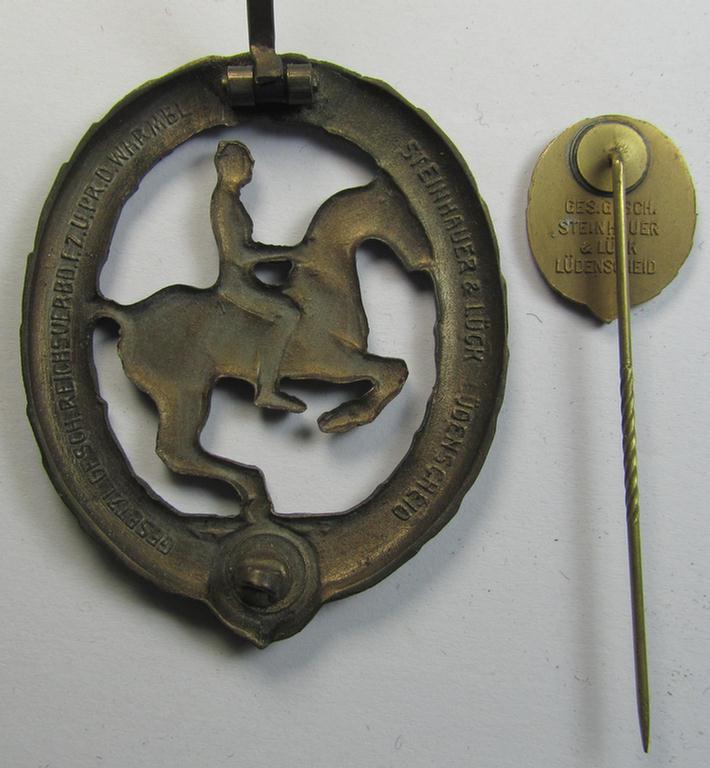 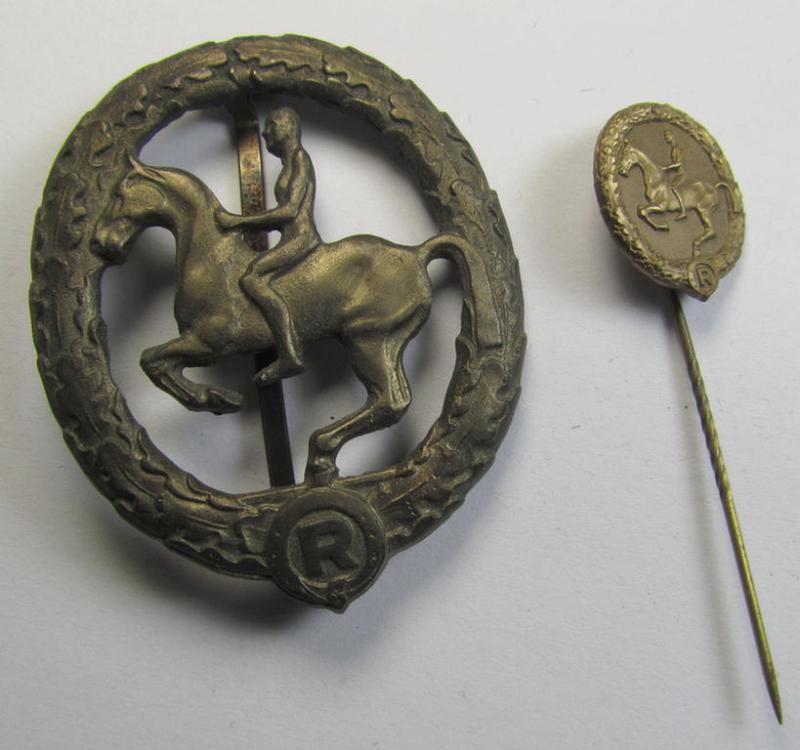 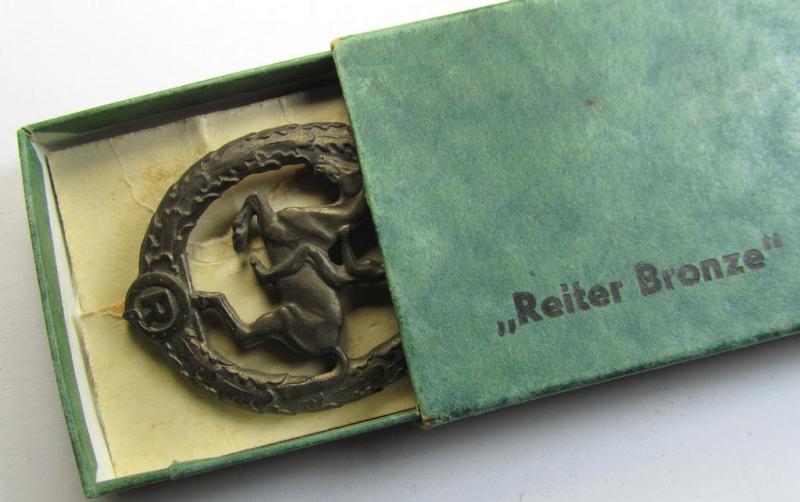 This is an attractive - and actually not that easily encountered! - Third Reich-period, so-called: 'Deutsches Reiterabzeichen der 3. Klasse (ie. 'in Bronze') being a neatly maker- (ie. 'L.Chr. Lauer'-) marked example that comes together with its accompanying 2-cms.-sized 'Halbminiatur' and that come both in an overall nice- (and I deem only moderately used ie. worn-), condition. The neat - and detailed - award comes mounted onto its functional pin and/or catch(set-up). It is a nicely bronze-coloured and/or pronounced specimen as was produced by the: 'L.Chr. Lauer' company as based in Nürnberg and/or Berlin (something that is of course also clearly shown on the back of the badge). The badge also shows a patent-pending-designation (that reads: 'Gesetzlich Geschützt' as can be seen of the pictures). The badge retains all of its bronze-toned finish and was only moderately worn (but was certainly never cleaned nor polised). This is also valid for the accompanying (and equally maker-marked!) 'Halbminiatur'. Both pieces are naturally Third Reich- ie. WWII-era badges and not 1957-versions (something that is easily noticed by the presence of the capital 'R'-character as visible on the bottom of both badges). Of additional interest is, moreover, the fact that this set came stored in it (period) green-coloured etui (ie. box). This etui is equally nicely preserved and shows the printed text: “Reiter Bronze” stamped onto its top-lid (as can be seen on the pictures). Simply an attractive (and fully complete!) set of this fairly scarcely encountered and decorative award that is accordingly priced!