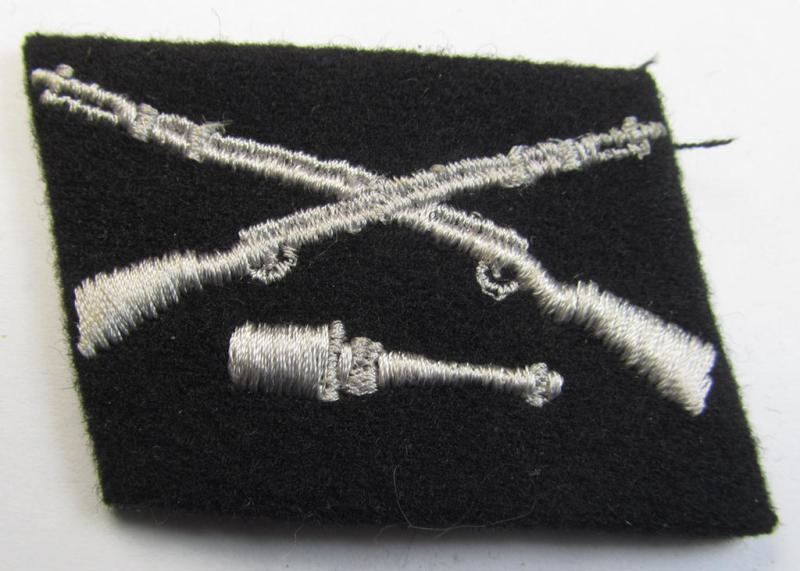 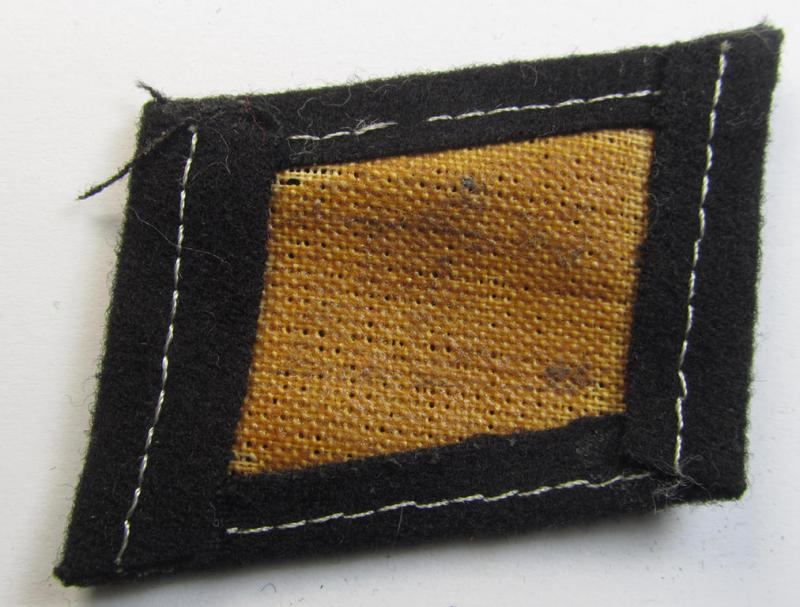 This is an attractive example of a Waffen-SS so-called: 'RzM-styled, enlisted-mens'- (ie. NCO-) type collar-tab depicting as was specifically intended for usage by soldiers (ie. NCOs) of the: '36. SS Waffen-Grenadier Division' (sometimes also referred to as: 'Dirlewanger') and that comes in an overall very nice- (ie. I deem never used- nor tunic-attached-), condition. The collar-tab is as stated never worn nor used (it originated with certainty from the Dachau-clothing-depots and originates from the USA where it was stored for decades as a so-called: 'veteran bring-back'-item). The collar-tab - which is excuted in silver-greyish-coloured linnen on a black-coloured and/or woolen- (ie. regular-type based) background - has a 'standard'-pattern- and/or beige-brown-coloured- and/or 'buckram'-based backing (and that does show the white-coloured stitching on its back as is more often encountered). The piece is totally void of any damage and can easily be graded 'virtually mint- ie. unissued' (as can be seen on the pictures). Simply a 100% garuanteed original SS collar-tab: hard to find a more attractive example for a more interesting price!