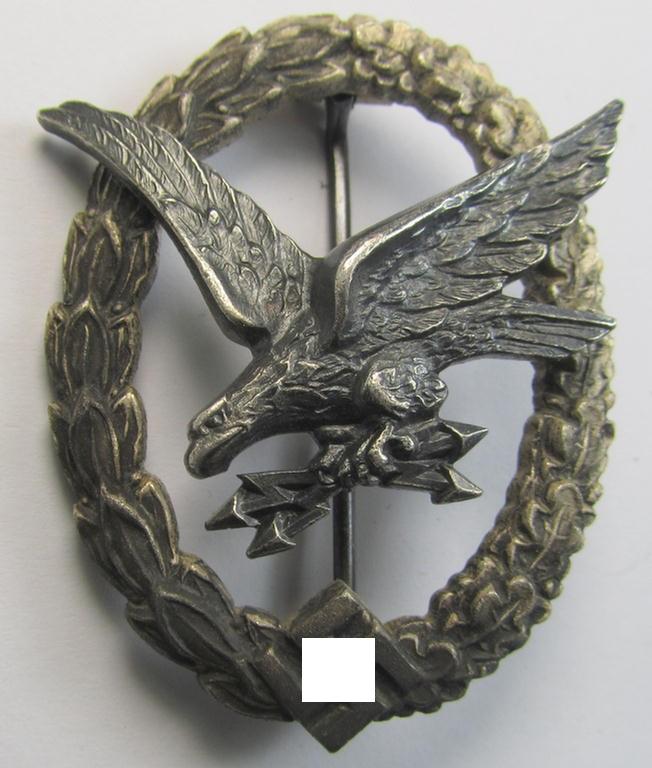 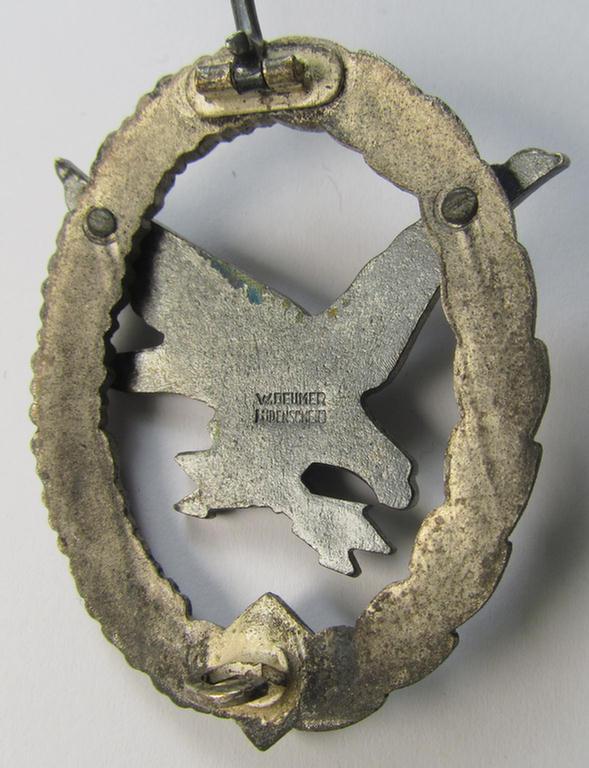 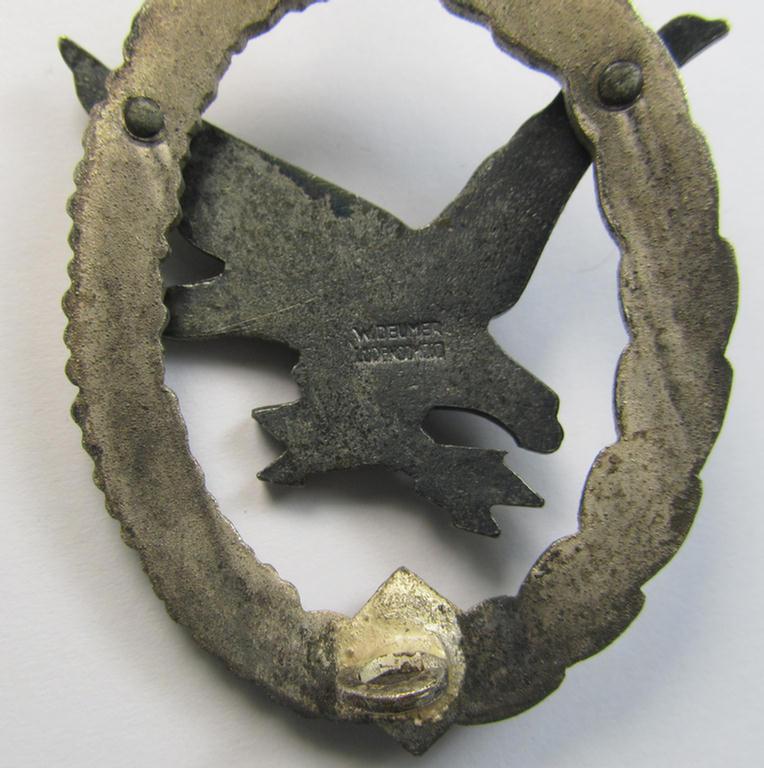 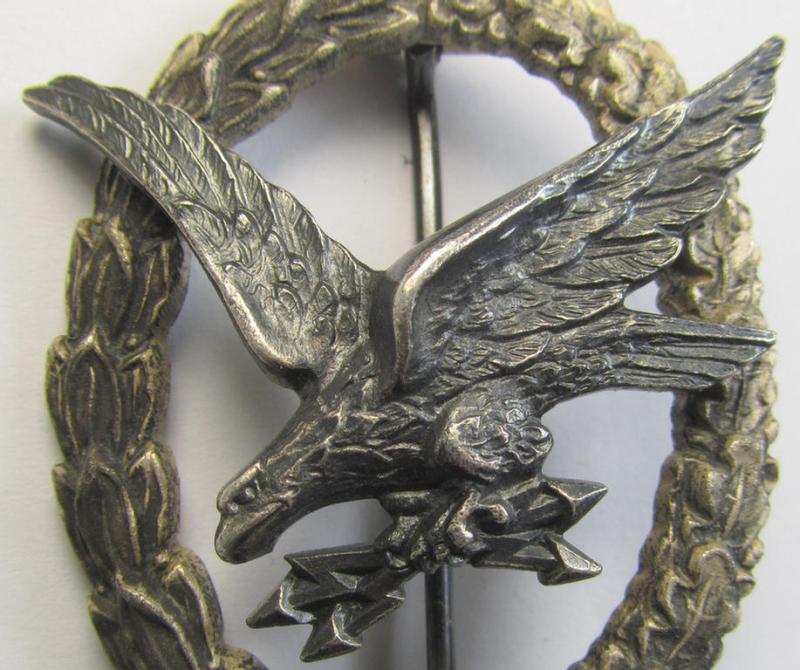 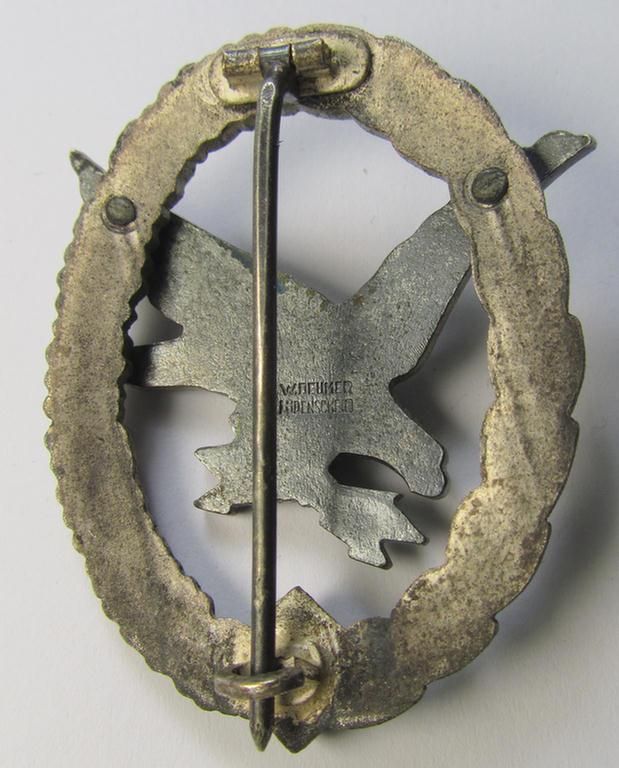 The attractive - and I deem - mid-war-period pattern- and/or truly very detailed! - war-badge ie. 'Fliegerschützen-Abzeichen mit Blitzbündel' (or: air-gunners-badge with lightning bolts) has only moderately been worn and comes naturally mounted onto its fully functional (and fully unaltered!) pin- and/or: original (ie. fully unaltered- and/or typical 'Deumer'-type-) catch and/or pin- (ie. barrel-shaped-) set-up). This example - which has been only moderately used and/or worn - shows very nice and/or pronounced detail overall and was clearly worn as such. The neat badge has a nice age-patina and retains most of its original, typical silverish- (ie. bluish-) coloured and/or somewhat 'tarnished' finish: it is just a tiny bit dirty ie. stained (but has not been cleaned ie. polished over the years as can be seen on the pictures). As stated above, is the badge a neatly maker- (ie. 'Wilhelm Deumer - Lüdenscheid'-) marked example that is presumably a mid-war-produced war-badge that was produced by the desirable maker: 'Wilhelm Deumer' as was based in the town of Lüdenscheid. The piece - which shows two totally unaltered and functional rivets - originates from a private-household in Germany and was never before in collectors'-hands. These attractive 'Fliegerschützen-Abzeichen mit Blitzbündel'-awards can easily be graded: 'fairly scarce'!