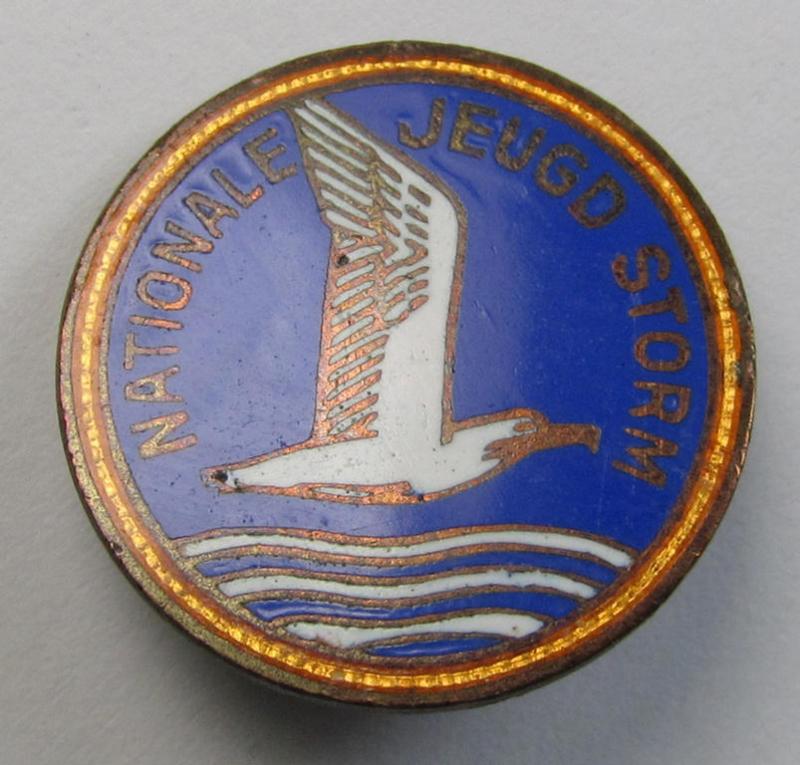 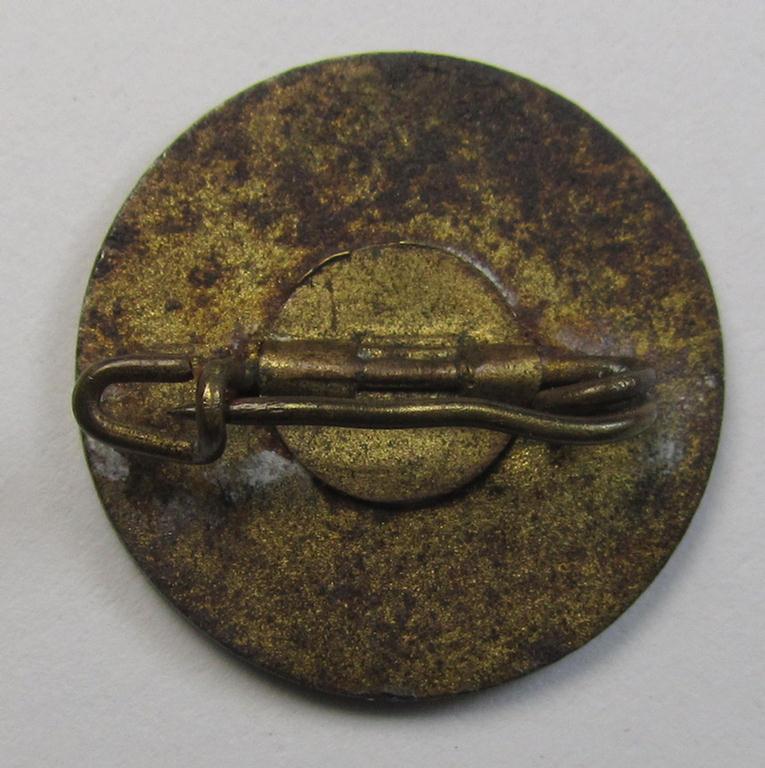 Attractive - and Dutch-produced! - example of a neatly enamelled NJS- (or: 'Nationale Jeugdstorm'-) related membership lapel-pin (ie. in Dutch language 'Ledendraagteken') being a nicely preserved example of the second and final pattern

This is an attractive - and actually scarcely encountered! - example of a (presumably) Dutch-produced example of a a neatly enamelled NJS- (or: 'Nationale Jeugdstorm'-) related membership lapel-pin (ie. in Dutch language 'Ledendraagteken') being a nicely preserved example of the second and final pattern and that comes in an overall very nice- (and just moderately used- ie. worn-), condition. The 'NJS' (or: 'Nationale Jeugdstorm') was the the Dutch youth-movement that existed from 1937 to 1945 and that was an NSB-related organisation and Dutch equivalent of the German HJ (ie. 'Hitlerjugend'/'Bund Deutscher Mädel'). The circular-shaped pin has an approximate diameter of only 2,2 cms. and is executed in the: 'orange/blue/white'-colours: it shows the typical NJS-symbol: a sea-gull and text: 'Nationale Jeugdstorm': it is totally void of any enamel damage or alike. I have various, similar examples in my own personal collection. It should be noted that these second-pattern (and neatly enamelled!) NJS-lapel-pin can easily be considered ' scarce': this is just the second such desirable example I ever had on offer. This pin originates from an advanced collection of NSB- ie. Dutch collaboration-related items that I recently acquired for the web-site. Simply a nice occasion to acquire a 100% guaranteed original, Dutch-related, NJS-membership lapel-pin: I deem that I have priced this neat and scarcely seen example accordingly!