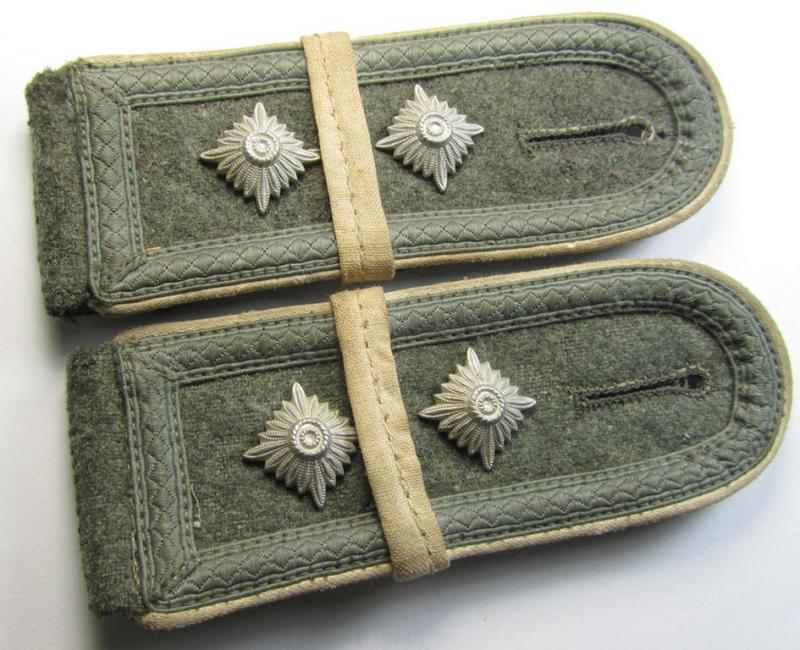 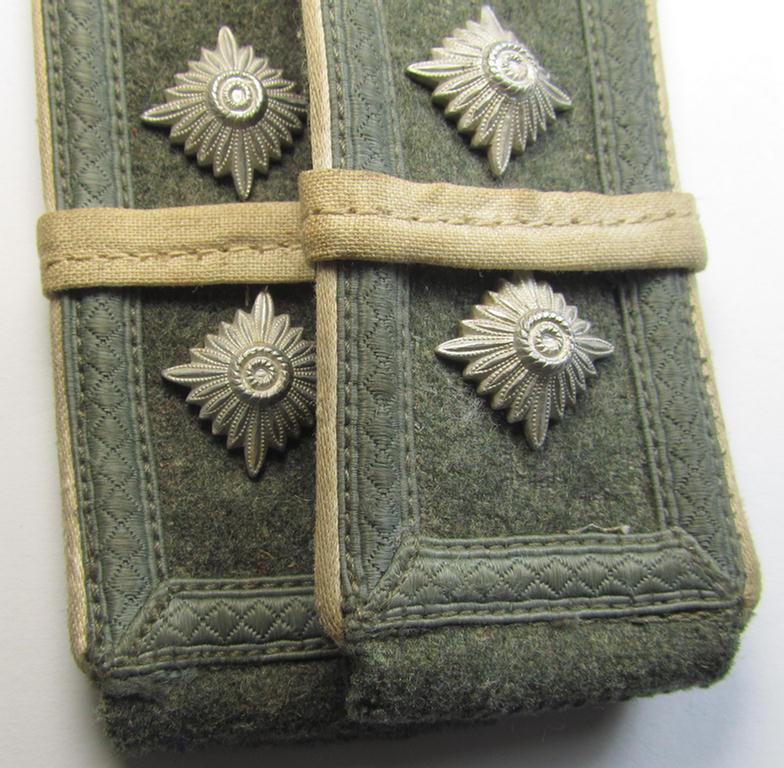 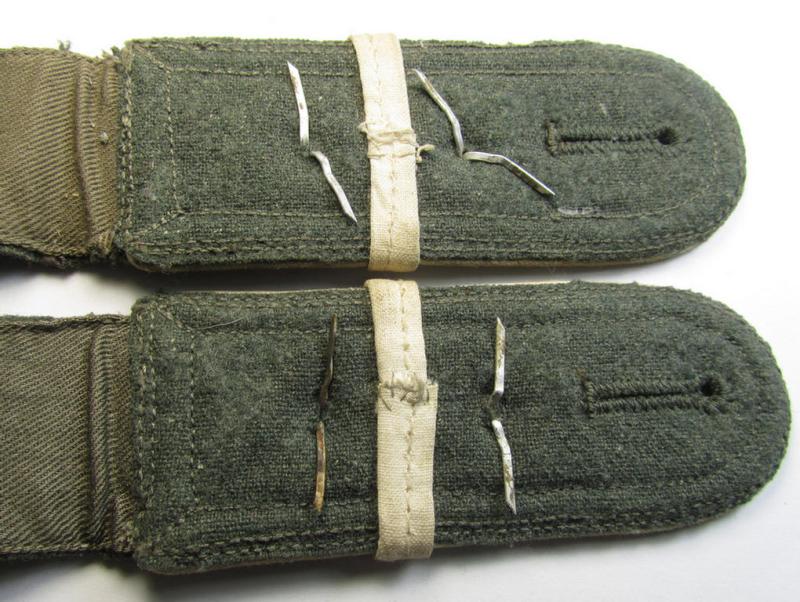 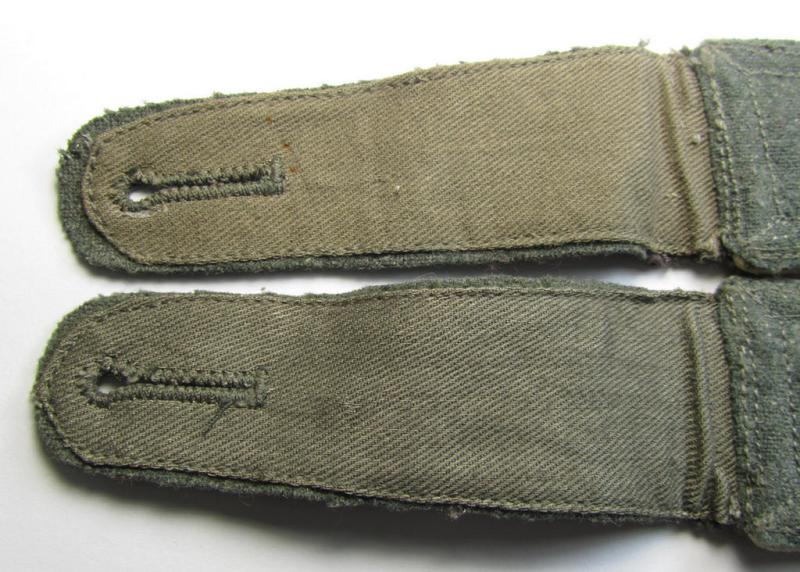 This is a very attractive - and as such actually scarcely encountered! - fully matching pair of (I deem) early- (ie. mid-) war-period- ie. 'M40'- (ie. 'M43'-) pattern WH (Heeres) ie. 'Infanterie'-related, NCO-type shoulderstraps as piped in the neat white- (ie. 'weisser'-) coloured branchcolour and having a rarely seen pair of white-coloured- and linnen-based so-called: regimental-indicator 'slip-ons' (ie. 'Überschuben') period- (and firmly!) attached as was intended for - and most certainly worn by! - an: 'Oberfeldwebel eines Infanterie-Regiments' (or: sergeant first-class who served within an infantry unit ie. regiment) and that comes in an overall nice- (albeit clearly used- and/or worn-), condition. The neat shoulderstraps - which measure approximately 12,2 cms. in length each - come naturally mounted onto their original tongues (as can be seen on the pictures). The pair was (I deem) just moderately used ie. worn: the set comes as found and/or stored for decades and is just a bit dirty and/or stained and shows the obvious signs of having been moderately worn. The pair shows the bluish-grey-coloured (ie. typically sub-dued) NCO-braid and four (matching, regular-sized- and aluminium-based) pips period-attached denoting the NCOs-rank of: 'Oberfeldwebel'. The shoulderstraps - which show the neat and desirable, white- (ie. 'weisser'-) coloured and/or 'silk-like'-type piping attached - are a typical, 'standard-issued'- ie. NON-privately purchased shoulderstrap-pair. Simply a very attractive pair of early- (ie. mid-) war-period so-called: 'M40'- (ie.'M43'-) pattern NCO-type-shoulderstraps as was intended for - and worn by! - an: 'Oberfeldwebel eines Infanterie-Regiments': I deem that this attractive pair is accordingly priced (especially taken into account the presence of the rarely seen so-called: 'regimental-indicator-slip-ons'!).