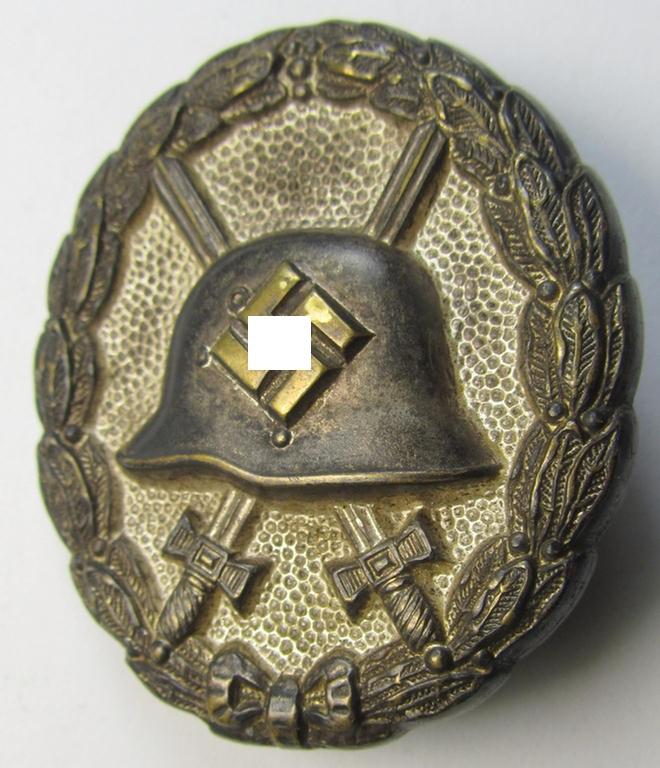 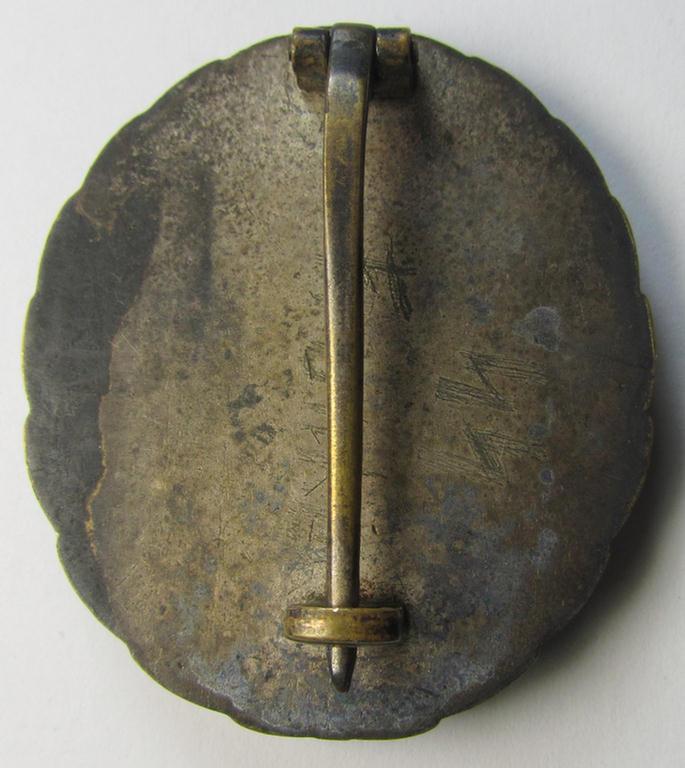 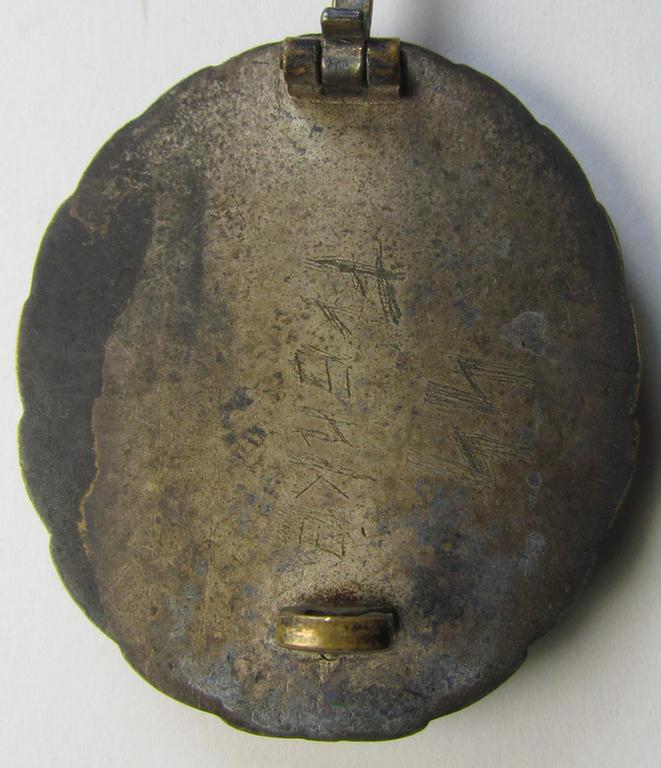 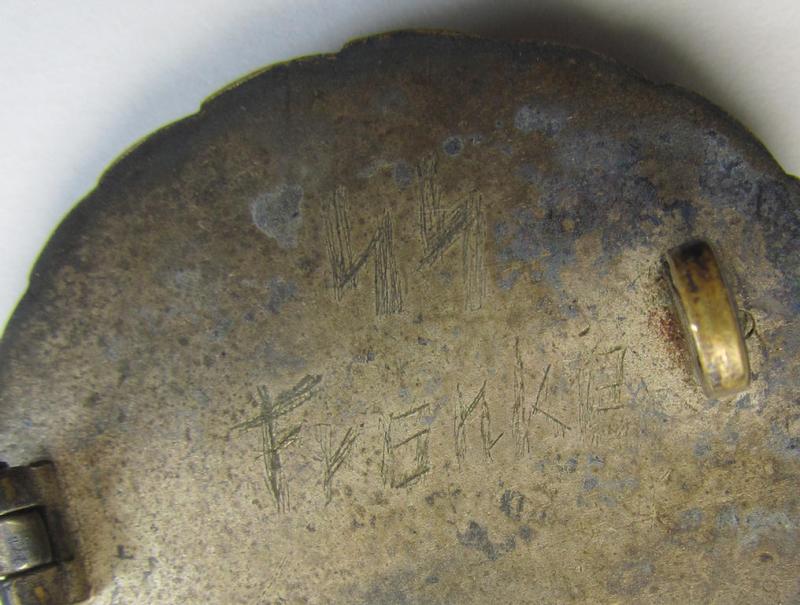 Stunning - and rarely seen! - example of a silver-class- (and early-type!) wound-badge (ie.: 'Verw. Abz. in Silber') being a detailed- and/or 'Extra Qualität' so-called: 'Spanish Civil-War'-pattern (showing an SS-related engraving on its back!)

This is a truly very attractive - albeit minimally used and/or worn but nevertheless rarely seen - example of a silver-class- (and/or early-period-type!) silver wound-badge (ie.: 'Verwundeten Abzeichen in Silber') being a very detailed- and/or 'Extra Qualität' so-called: 'Spanish Civil-War'- (ie. 'Legion Condor'-) ie. 'hohlverbödetes'-pattern that comes in an overall very nice- (albeit minimally used and/or worn-), condition. The (non-magnetic- and I deem silvered, 'Buntmetall'-based) badge - which is an unmarked version as is more often encountered with this type of WBs - shows some regular wear ie. age but, nevertheless, retains a neat (truly bright) silverish-coloured age-patina (as can be seen on the pictures). The badge - which comes naturally mounted onto its functional, long-sized- (also non-magnetic- and I deem silvered, 'Buntmetall'-based) pin and that has an undamaged and/or: functional catch - still retains extraordinary and/or pronounced detail (the swastika is very high- ie. pronounced as to be expected - as can be seen on the pictures). Of interest is, of course, that it deals with a typical 'hollow-pattern'-variant that shows an 'integrated back-plate' (as to be expected). I am of the opinion, that the piece on offer here is a 100% genuine, period-example that was obviously worn: it originates from a private-household in Germany and was never before in collectors'-hands. Of additional interest is, moreover, the fact that this example shows a period, (Waffen) SS-related engraving on its back that reads: 'SS Frenke' (or alike as can be clearly seen on the pictures). The piece was never recently cleaned nor polished and comes as found. Simply an attractive and original specimen of the 'Extra Qualität'-pattern that is I deem priced according to its used ie. minimally worn, condition!