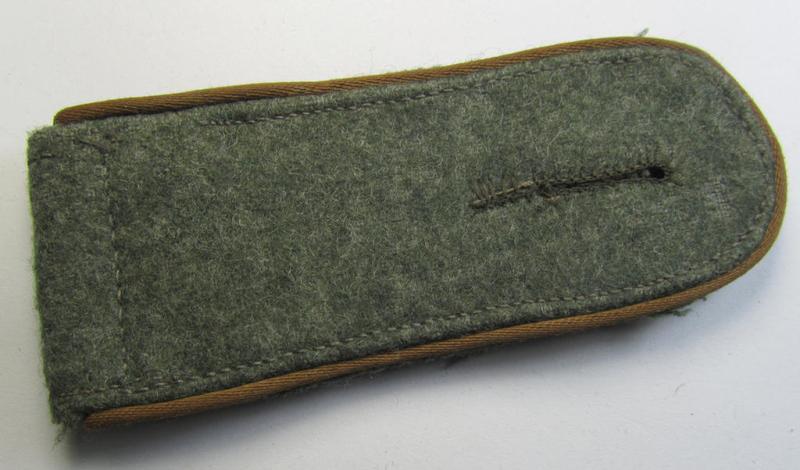 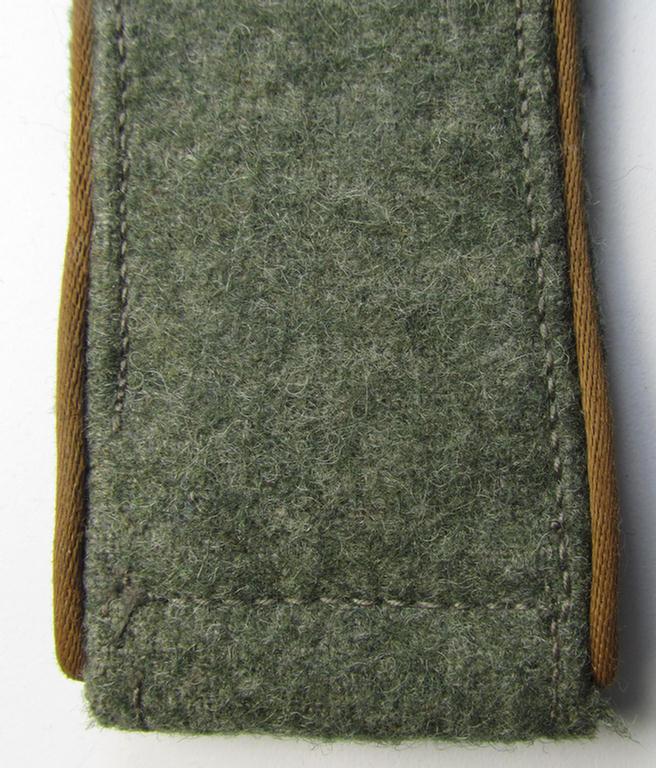 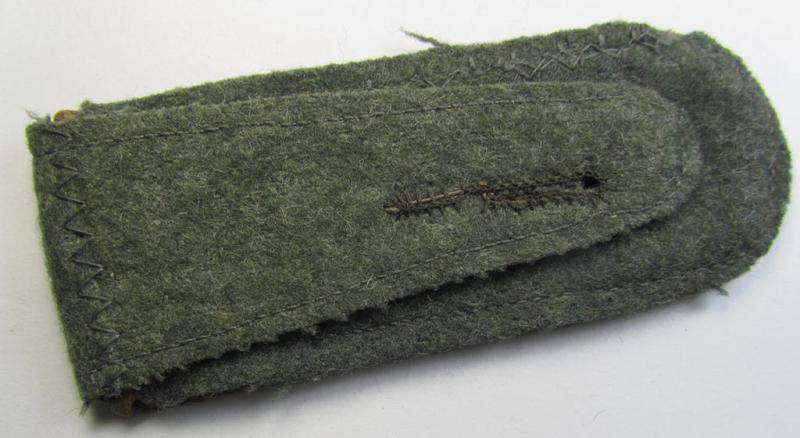 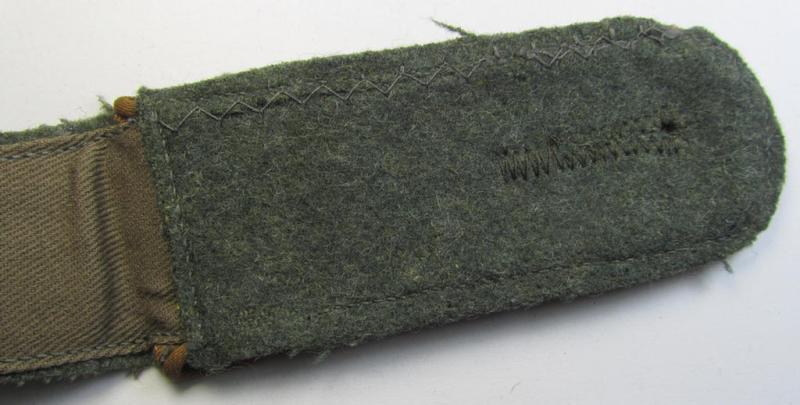 Single - but neverthless scarcely seen! - WH (Heeres) EM-type (ie. 'M43'-pattern) shoulderstrap as piped in the 'kupferbrauner'-coloured branchcolour as was intended for usage by a: 'Soldat der Kradschützenbtle. der Pz.Div. u. Inf.Div. (mot)'

This is an attractive - albeit regrettably single but nevertheless still truly scarcely found! - WH (Heeres) early- (ie. mid-) war-period, so-called: 'M43'-pattern, enlisted-mens'-type shoulderstrap having the desirable light-brown- (ie. 'kupferbrauner'-) coloured branchcolour as was specifically intended for - and clearly worn by! - a: 'Soldat der Kradschützenbtle. der Pz.Div. u. Inf.Div. (mot)' (or: simple soldier who served within who served within a tank- ie. infantry-related, motor-cycle unit) and that comes in an overall very nice- (albeit moderately used ie. worn- ie. clearly tunic-removed-), condition. The shoulderstrap - which is approximately 11,2 cms. sized in length and that shows the light-brown- (ie. 'kupferbrauner'-) coloured and 'silk-like'-type piping attached - has the 'standard-type'- and/or and/or field-grey-coloured, woolen-based 'upperdeck' (as can be seen on the pictures). The strap - which came mounted onto its functional tongue - shows as stated above some moderate usage and/or wear (some minor staining and/or dust is visible and/or present). As possibly known, is this typical 'kupferbrauner'-branchcolour very rarely seen and can most certainly be regarded as one of the most rarely encountered branchcolours within the 'Deutsche Wehrmacht': original EM-type straps are almost never offered for sale and are missing in most shoulderstrap-collections. This strap originates from an older shoulderstrap ie. board-collection that I recently acquired for the web-site. Simply an attractive and/or: mid-war-period, 'Heeres'-related EM-type shoulderstrap that was intended for usage by a: 'Soldat der Kradschützenbtle. der Pz.Div. u. Inf.Div. (mot)'!