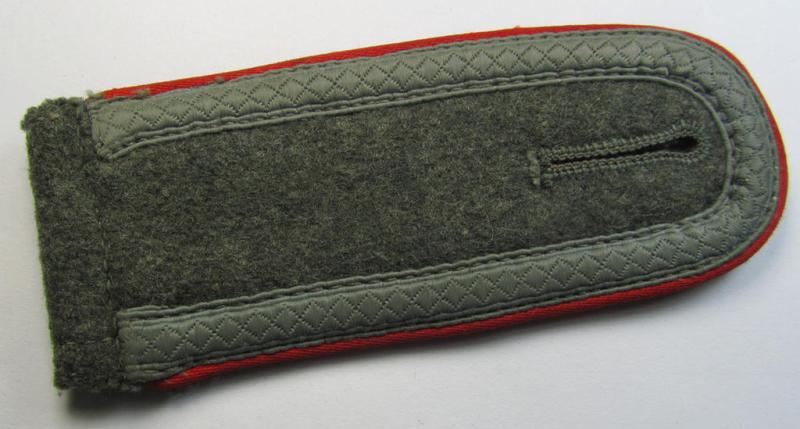 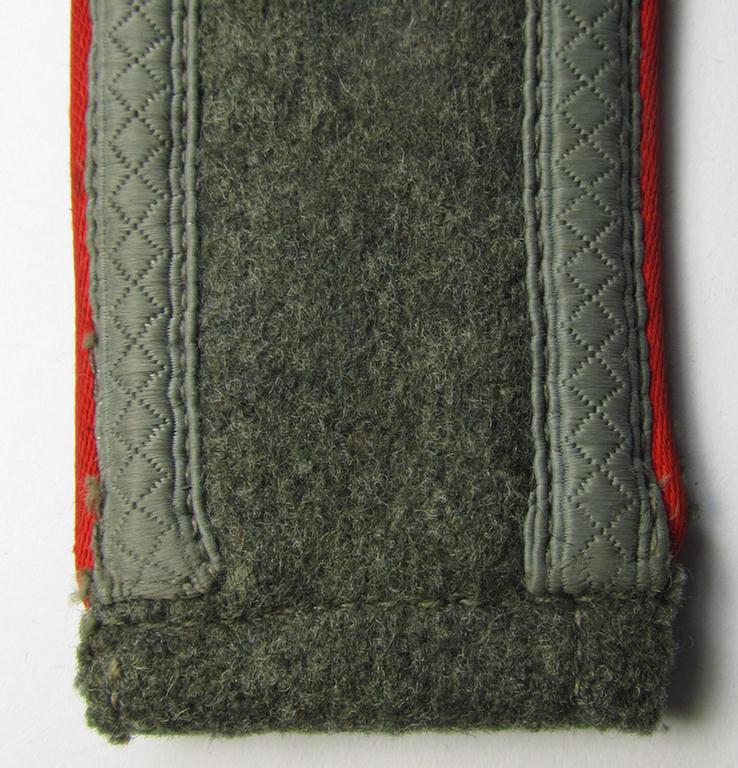 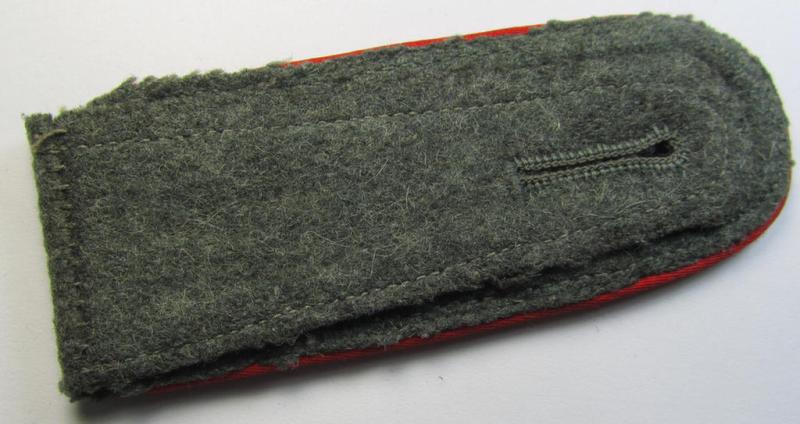 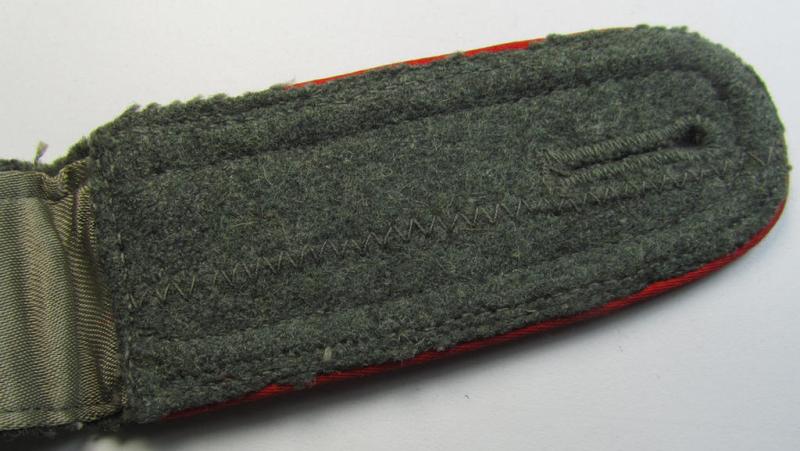 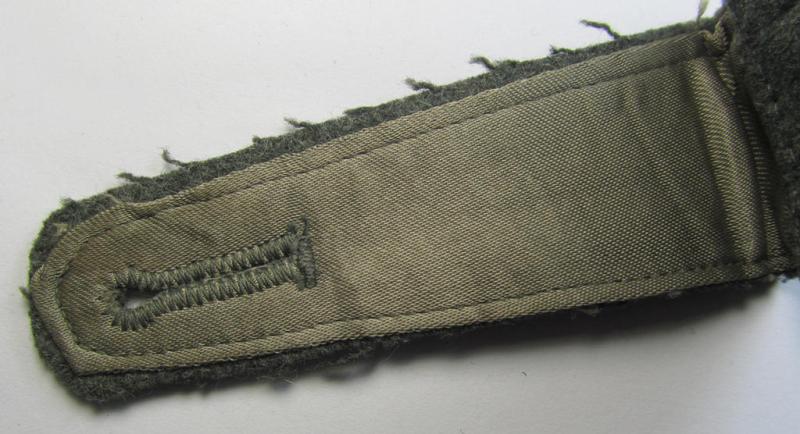 Neat - albeit regrettably single! - WH (Heeres) - I deem - mid-war-period- (ie. 'M41/M43'-pattern) NCO-type shoulderstrap as was intended for usage by an: 'Unterwachtmeister einer (Sturm)Art.-Rgts.'

This is an attractive - albeit regrettably single! - WH (Heeres) NCO- (ie. 'M41/M43'-pattern) shoulderstrap as piped in the bright-red- (ie. 'roter'-) coloured branchcolour as was intended for usage by an NCO (ie. 'Unterwachtmeister o. Unteroffizier' or: junior-sergeant) who served within a: 'Heeres (Sturm)Artillerie-Regiment' and that comes in an overall nice- (albeit moderately used ie. worn- and/or most certainly once tunic-attached-), condition. The neat strap is just moderately used and/or worn and does show some minimal wear, age and/or staining but is void of any damage or alike (as can be seen on the pictures). The strap shows the desirable bright-red- (ie. 'hochroter'-) coloured- and/or (desirable) 'silk-like'-type piping and measures approximately 11,2 cms. in length. The piece shows the 'standard'-pattern (ie. truly sub-dued) greyish-blue-coloured, NCO-braid period-attached and comes naturally mounted onto its functional tongue (as can be seen on the pictures). The strap is constructed from the typical field-grey-coloured wool and is with certainty a: 'standard-issued'- (ie. non-tailor-made) piece. These type of shoulderstraps are of the typical (early- ie. mid-)war-period pattern straps and were worn in the period around 1941/1943 (and were 'worn-out' even during the rest of the war). This particular strap originated from a smaller cloth- ie. shoulderstrap-collection I recently acquired for the web-site. Simply an attractive - and with certainty desirable! - '(Sturm)Artillerie'-related NCO-type 'Heeres' shoulderstrap: too bad that it is only a single specimen!