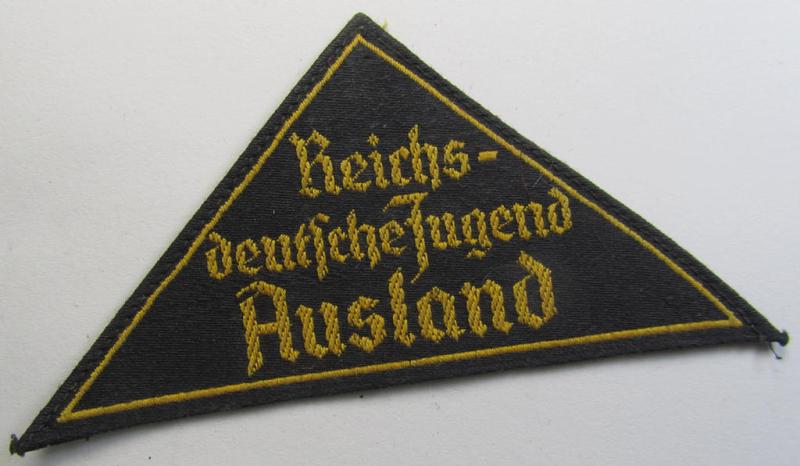 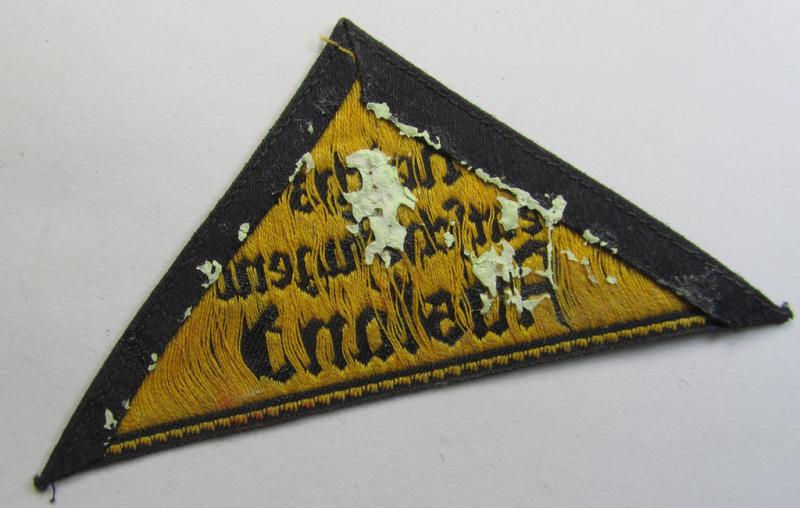 This is a 'male'-specimen indicating that it is neatly woven in golden-yellow-coloured linnen on a black-coloured- (and also linnen-based-) background. This example misses its paper-based, so-called: 'RzM-etiket' (something that is more often observed). The piece was presumably worn and/or once tunic-attached: it does show some age, wear and/or minimal staining, simply caused by decades of storage and/or moderate wear as can be seen on the pictures). Moreover, was it once glued into an album or scrapbook and does show some minimal paper-remains on its back). It should be noted that these 'exotic' HJ district-triangles rank amongst the most difficult youth-triangles of the extensive 'Gebietsdreiecke'-series to encounter. This particular 'HJ-Gebietsdreieck'- can easily be graded: 'exceedingly rare' and is only the fifth such rare piece I did ever had on offer. I deem that I have priced it according to its unmistaken rarity and/or desirability!