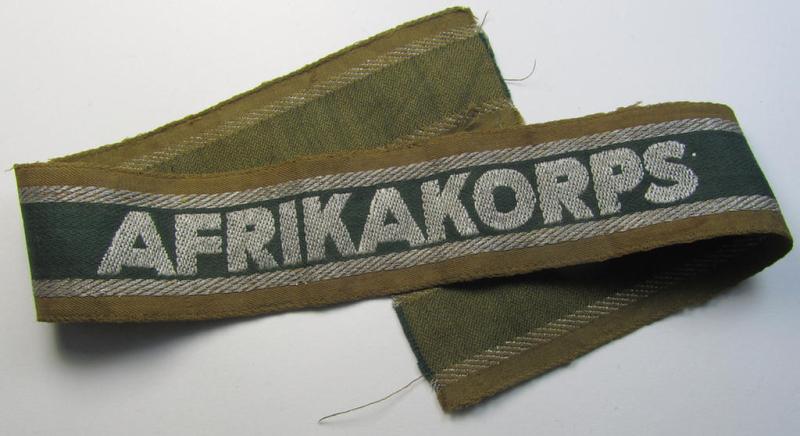 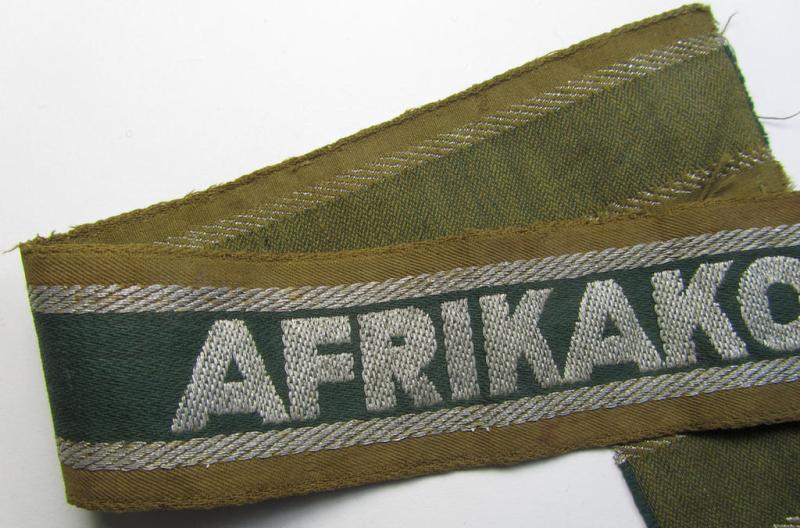 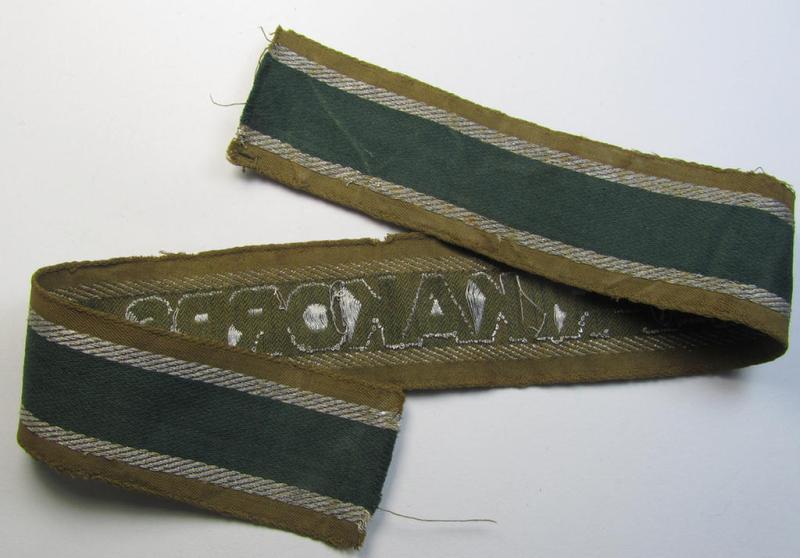 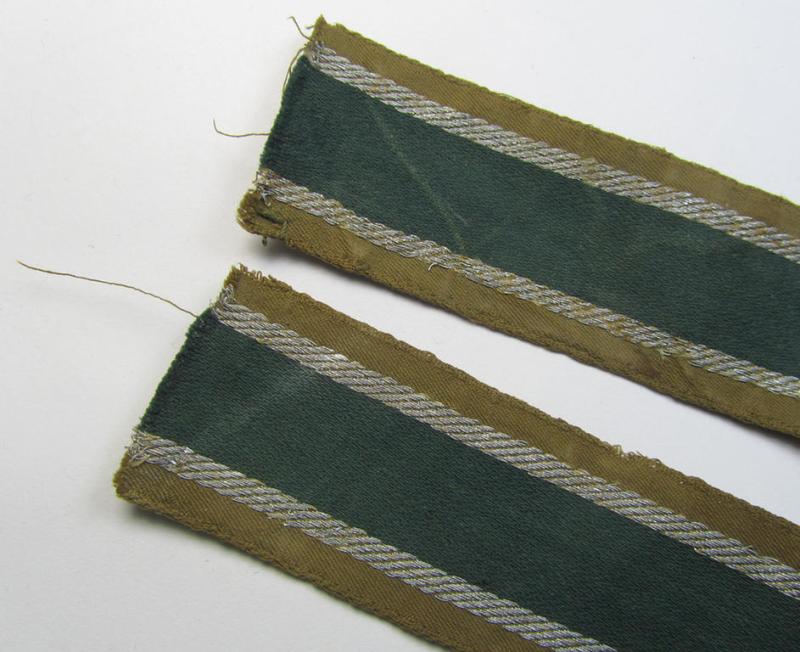 Attractive, 'BeVo'-like cuff-title (ie. 'Ärmelstreifen') entitled: 'Afrikakorps' being a with certainty issued and truly worn example that comes in an overall nice- (ie. minimally shortened- and once tunic-attached-), condition

This is a very attractive - and clearly issued and worn ie. most certainly once tunic-attached! - example of the typical 'BeVo'-like cuff-title (or: 'Ärmelstreifen') entitled: 'Afrikakorps' as was executed in so-called: 'flat-wire'-type, silver-coloured 'braid' as interwoven on a rust-brown- (ie. darker-green) coloured background and that comes in an overall very nice- (ie. clearly worn- and/or carefully tunic-removed-), condition. The piece is as stated above just minimally shortened and measures approximately 38 cms. in length (as can be seen on the pictures). As usual, are both ends 'unfinished' and do show some normal fraying as to be expected (they were, however, I deem once 'folded backwards' when worn as more often seen). This example was stored as such for years by the veteran to whom it was issued and/or used. As most certainly known are these 'Afrikakorps'-cuff-titles copied at a large scale: this is naturally a 100% original item that shows the various details as such (as can be seen on the pictures). The piece was never cleaned and shows some age and/or staining simply caused by decades of storage and/or moderate wear: it was never part of a collection before and came as such from a private-household in Germany. Simply a very attractive - and truly worn and/or carefully tunic-removed! - example of this desirable 'BeVo'-like 'Afrikakorps'-cuff-title!