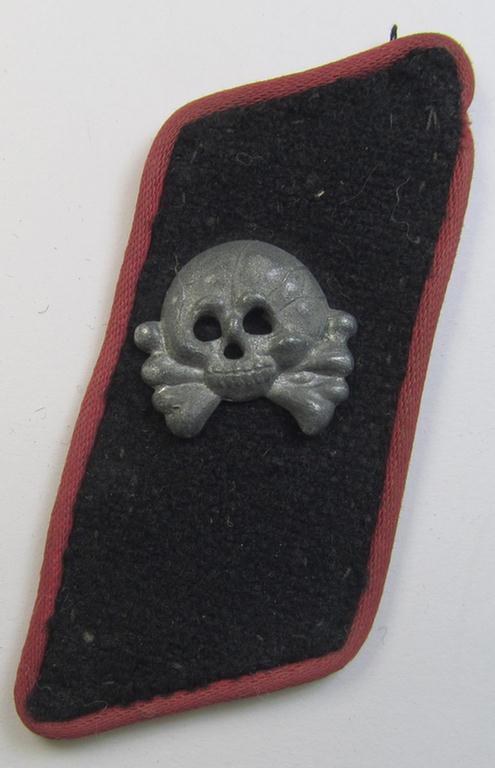 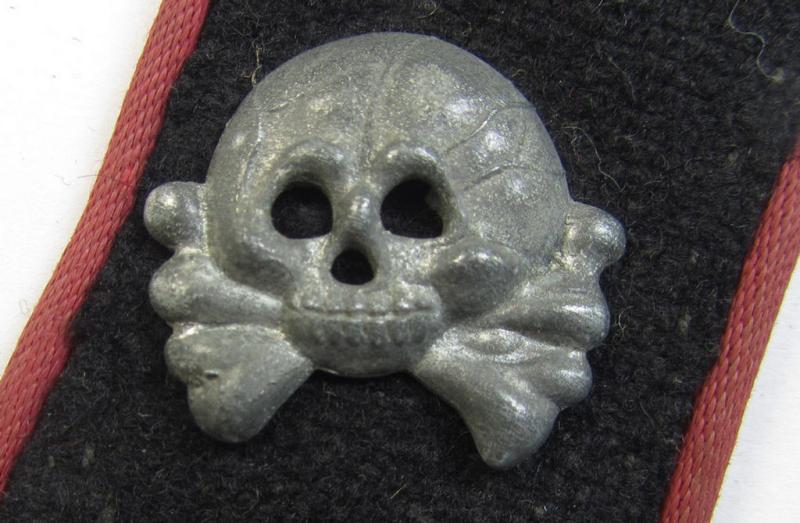 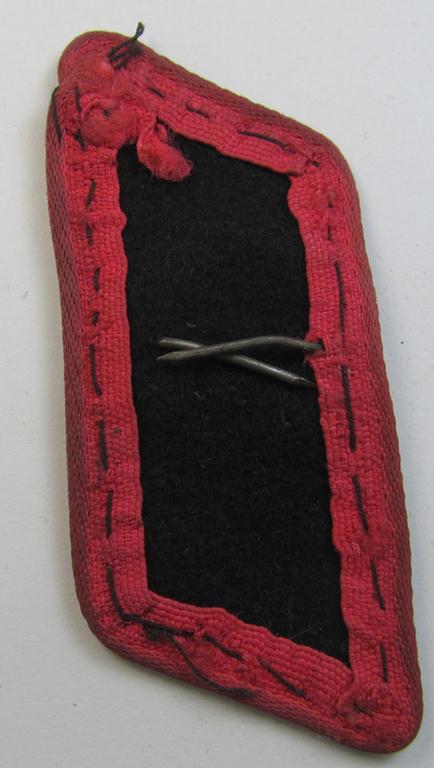 The truly attractive piece - which was amongst others used on the black-coloured 'wrap-around' Panzer-tunics - is (unusually!) void of a backing as is sometimes encountered and does show some regular age, wear and/or minimal staining (as can be seen on the pictures). The piece - which has the 'silk-like'-type- and/or: bright-pink- (ie. 'rosaroter'-) coloured piping attached - is a 'text-book' example of an mid- (ie. later-) war-period specimen that has clearly been used and/or tunic-removed (some crudely executed stitching-holes are still visible and/or present as can be seen on the pictures). The neat zinc- (ie. 'Feinzink'-) based- (and somewhat stained) skull-device is of the 'standard-issued'-pattern having a 'two-pieced-prong'-set-up: the piece is still firmly period-attached to the tab and has both of its prongs in place: however, one of the prongs comes loose of the skull (as can be seen on the pictures). This particular example originates from a private-household and was never before in collectors'-hands. These genuine 'Panzer'-type collar-insignia can easily be graded 'fairly scarce': too bad that it is only a single specimen!