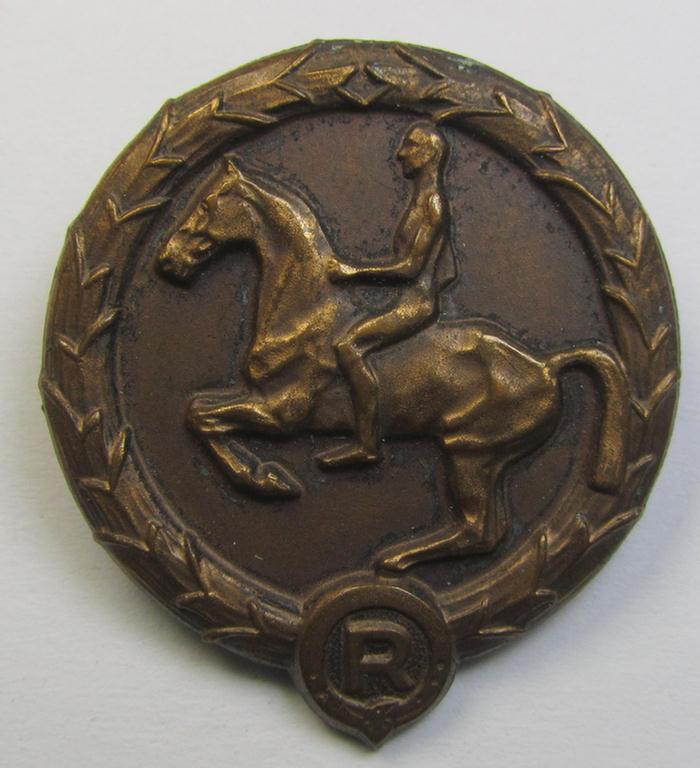 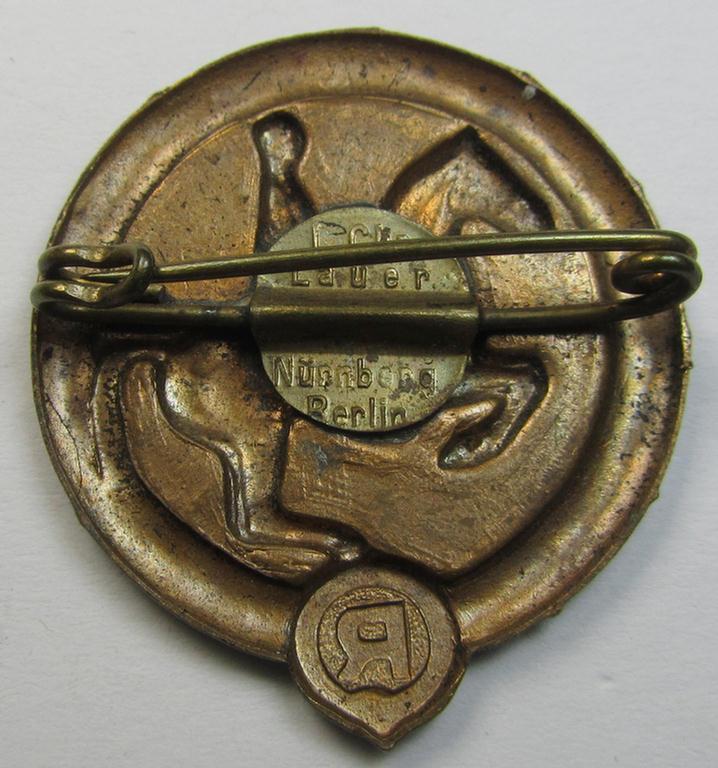 This is an attractive - and actually not that easily encountered! - Third Reich-period, so-called: 'Deutsches Jugendreiterabzeichen der 3. Klasse' (ie. 'in Bronze') being a neatly maker- (ie. 'L.Chr. Lauer'-) marked example that comes in an overall very nice- (and I deem only minmally used ie. hardly worn-), condition. The neat - and detailed - award comes mounted onto its functional (and totally unaltered!) pin and/or catch(set-up). It is a somewhat darker but nicely bronze-coloured and/or pronounced specimen as was produced by the: 'L.Chr. Lauer' company as based in Nürnberg and/or Berlin (something that is of course also clearly shown on the back of the pin-set-up of the badge as can be seen of the pictures). The badge retains all of its (reddish)bronze-toned finish and was only moderately worn (but was most certainly never cleaned nor polished). The piece is naturally a Third Reich- ie. WWII-era badge and not a 1957-version (something that is easily noticed by the presence of the capital 'R'-character as visible on the bottom of the badge). Simply an attractive example of this fairly scarcely encountered and decorative youth-related award that is accordingly priced!