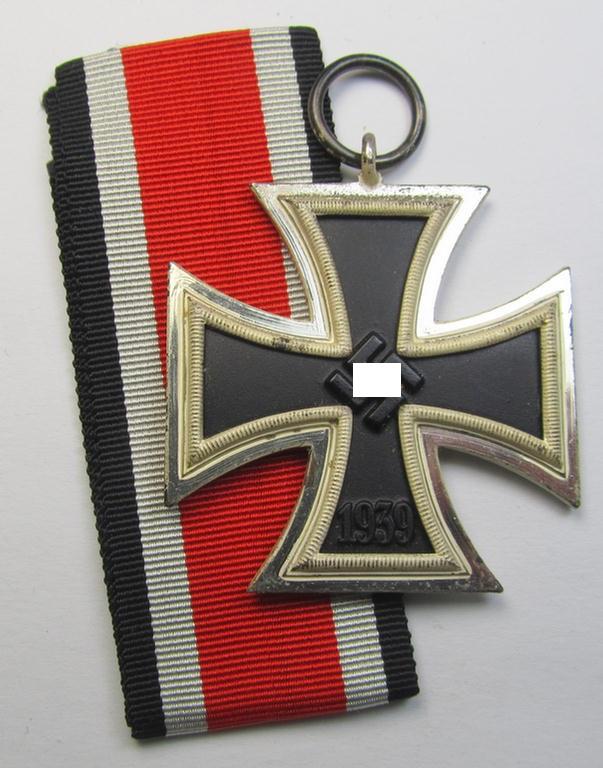 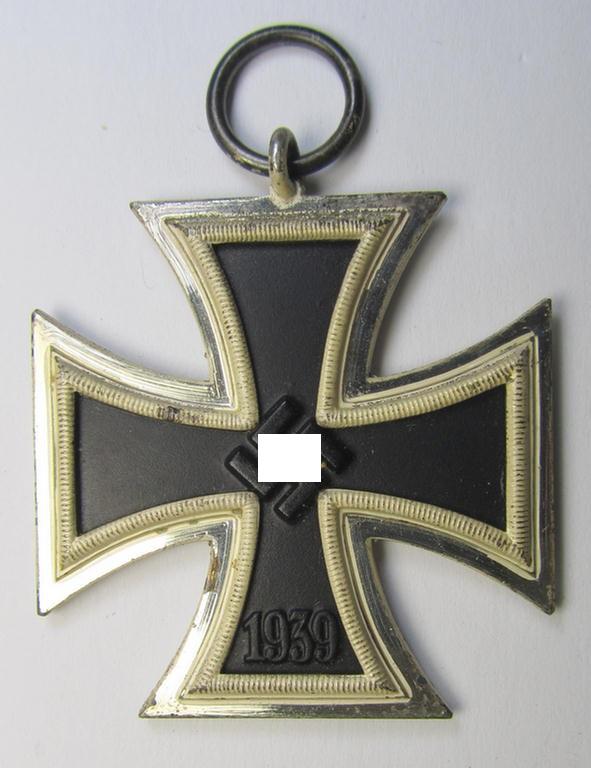 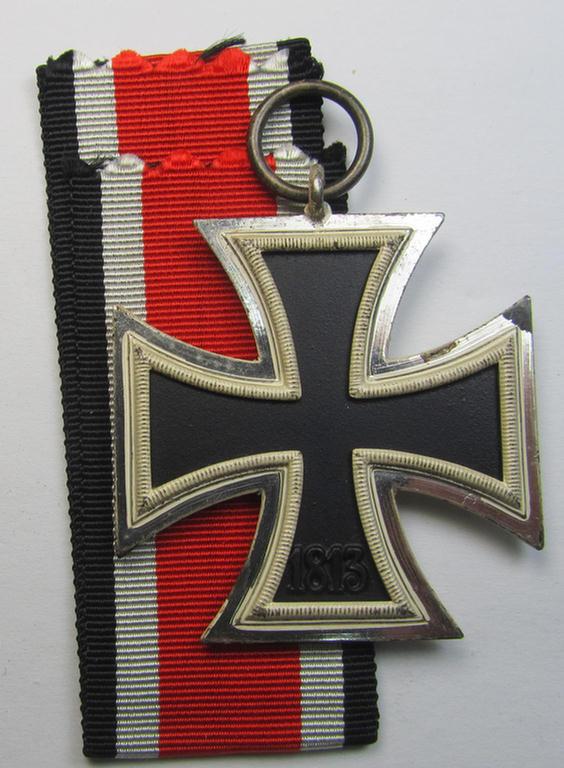 Superb, 'Eisernes Kreuz II. Klasse' being a non-maker-marked example that comes together with its original- and never-mounted ribbon (ie. 'Bandabschnitt') as was (I deem) produced by the maker (ie. 'Hersteller'): 'Rudolf Wächtler & Lange'

The truly attractive piece - which was surely issued but that was I deem never worn nor even mounted - came together with its folded and/or non-confectioned (and approx. 29 cms. long-sized-) ribbon (ie. 'Bandabschnitt'). The cross - which is totally void of any makers'-designation - was with certainty never cleaned and has a nice and/or attractive age-patina: it retains (most of) its so-called: 'hochpolierte Kanten' (or: polished sides) and has a minimally darkened- (ie. hardly 'blackened'- ie. stained) finish (as can be seen on the pictures). The cross has a nicely preserved, black-finished (ie. somewhat 'satin-like'- ie. somewhat matted-) core: it is void of any damage nor paint-loss (as can be seen on the pictures). The piece is just a tiny bit dusty and/or stained but was never cleaned nor polished. The cross is (I deem) an evident specimen that was almost certainly produced by the maker: 'Rudolf Wächtler & Lange' as based in the town of Mittwaida in Sachsen (ie. 'Hersteller 100'): it has very nice and/or pronounced detail as to be expected for a cross by this desirable maker. The IC was recently found at a German private-household and was never before in collectors'-hands. Simply an attractive, non-maker-marked 'EK II. Klasse' that is accordingly priced!