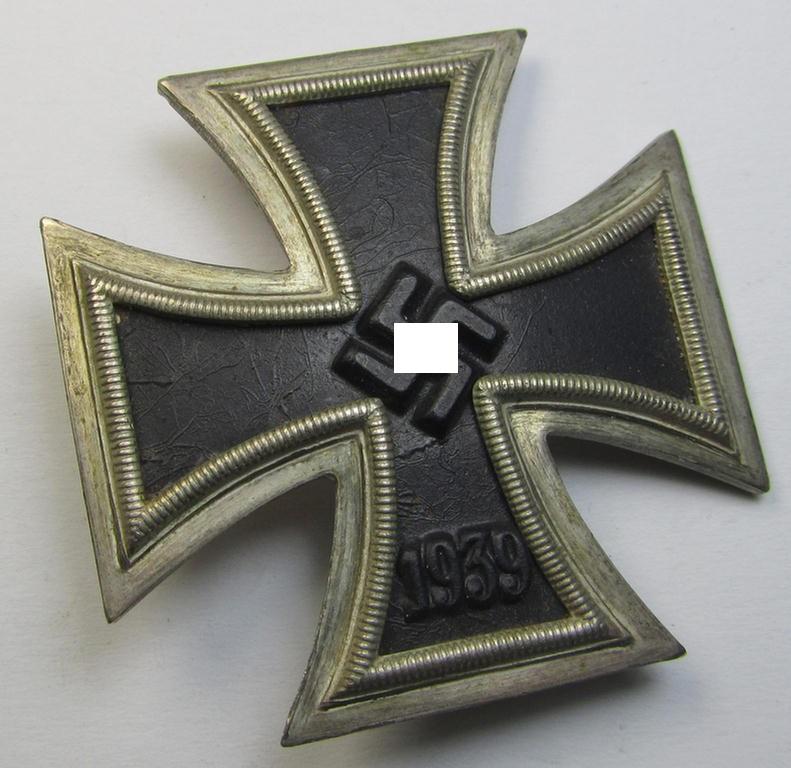 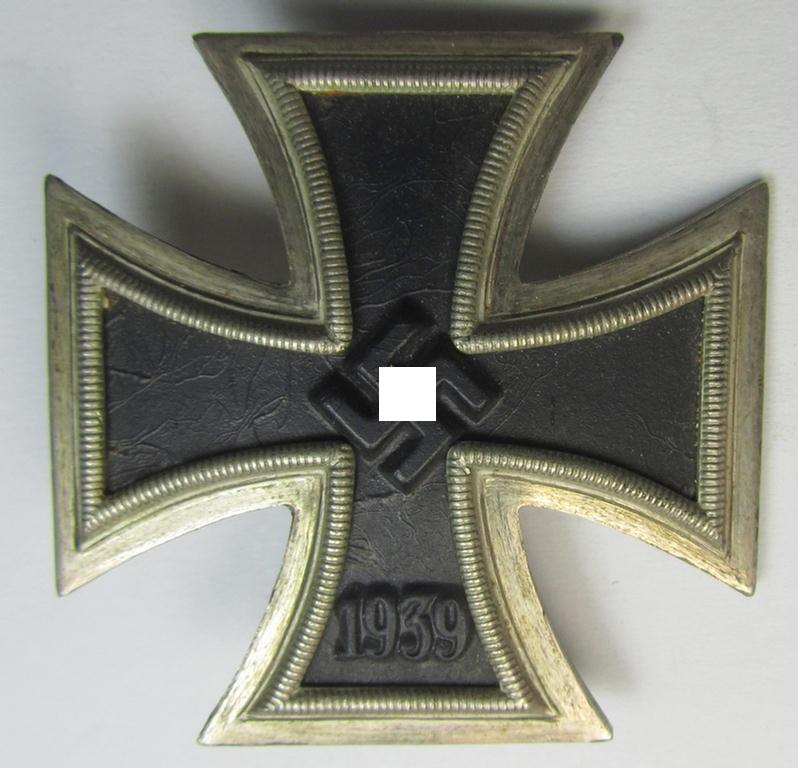 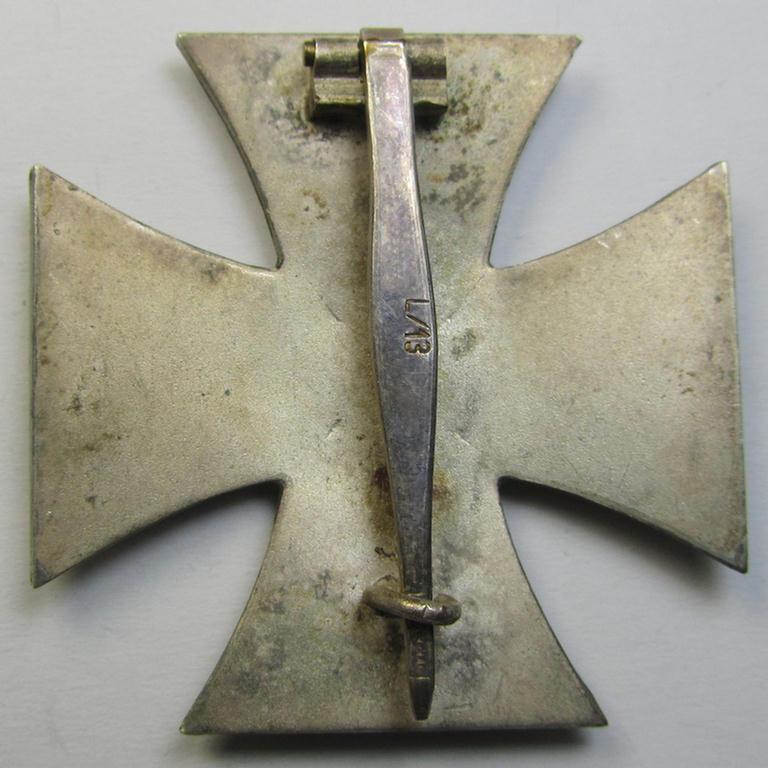 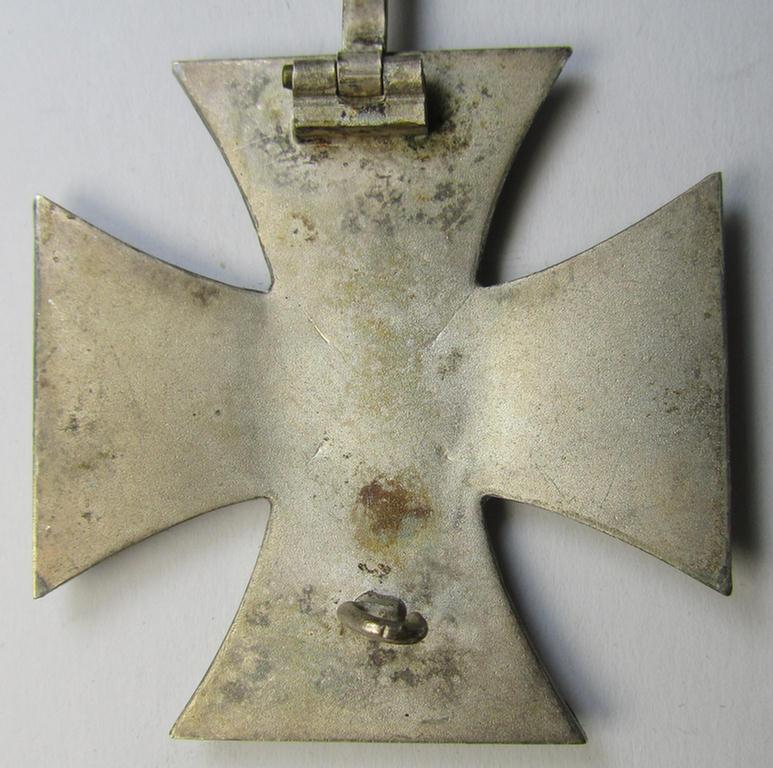 The attractive - albeit issued- ie. moderately worn - iron cross is a typical minimally-vaulted- (ie. somewhat converse-shaped) and presumably somewhat later-war-period, 'LDO'-issued example that has never been cleaned nor polished. It retains a very attractive age-patina and/or nice, pronounced detail as to be expected for a cross by this maker. This example - which is a clearly maker- (ie. 'L/13'-) marked specimen - was produced by the desirable maker: 'Paul Meybauer' as was based in the town of Berlin - comes naturally firmly mounted onto its original- (and naturally unaltered and/or fully functional) flute-shaped pin and/or typical catch (-set-up). The cross - which is a magnetic example - shows a neatly 'blackened'- and/or fairly 'satin-like' inner-core that is totally void of any paint-damage and that has very nicely preserved (as can be seen on the pictures): it has, however, clearly been issued and/or worn and is still a bit stained and/or dirty (it was never cleaned though and has lost its 'off-factory'-applied polished sides ie. 'hochpolierte Kanten'). I deem that I have priced this attractive - and I deem somewhat later war-period - 'Eisernes Kreuz 1. Klasse' by the 'Paul Meybauer'-company according to its just moderately used- and/or totally untouched condition!