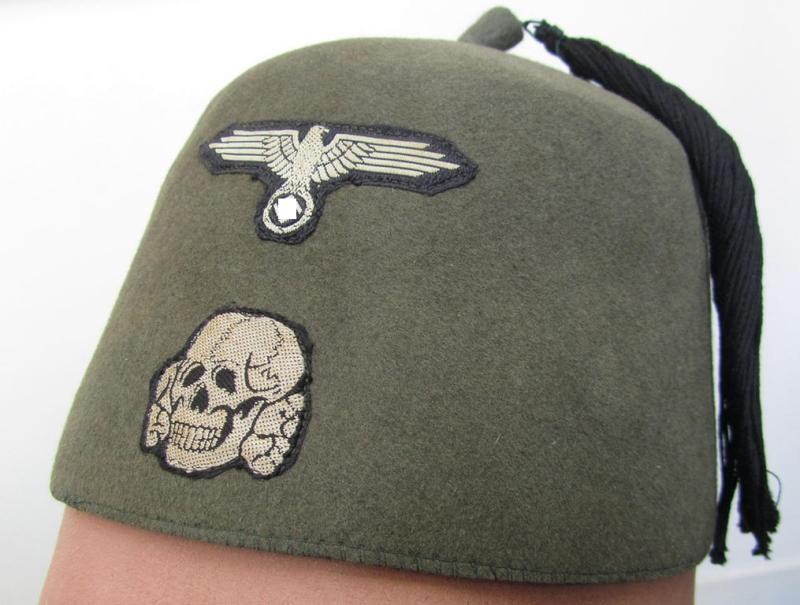 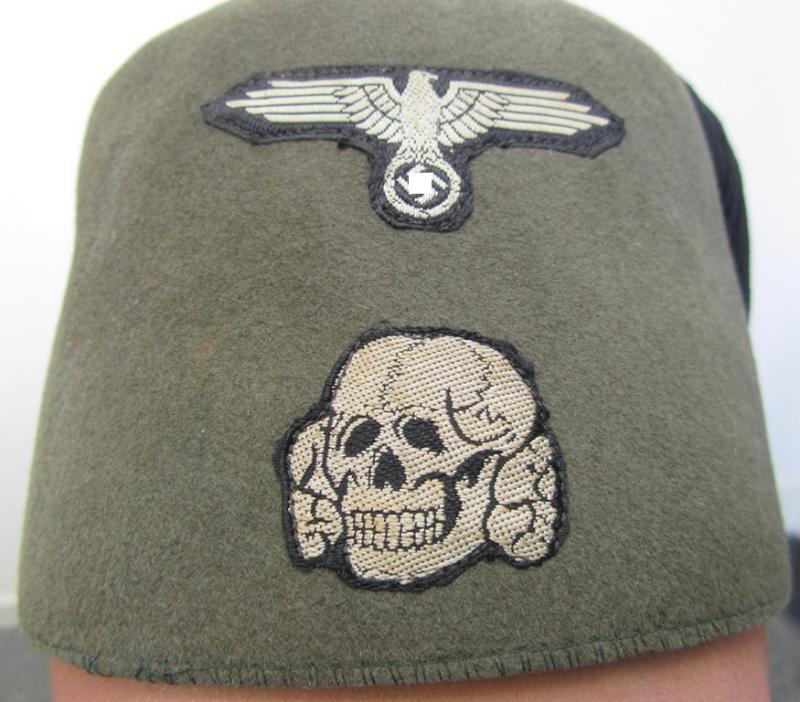 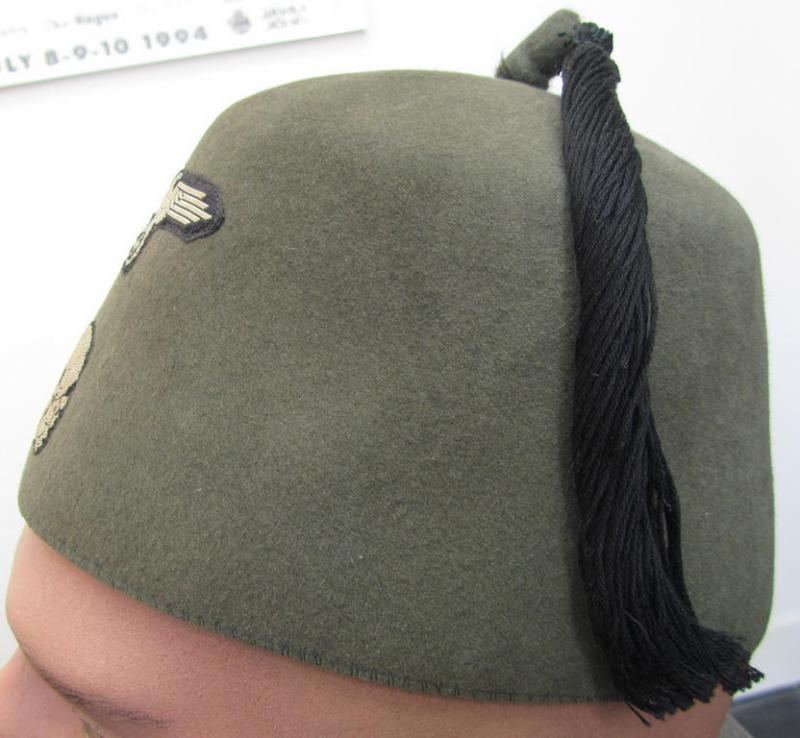 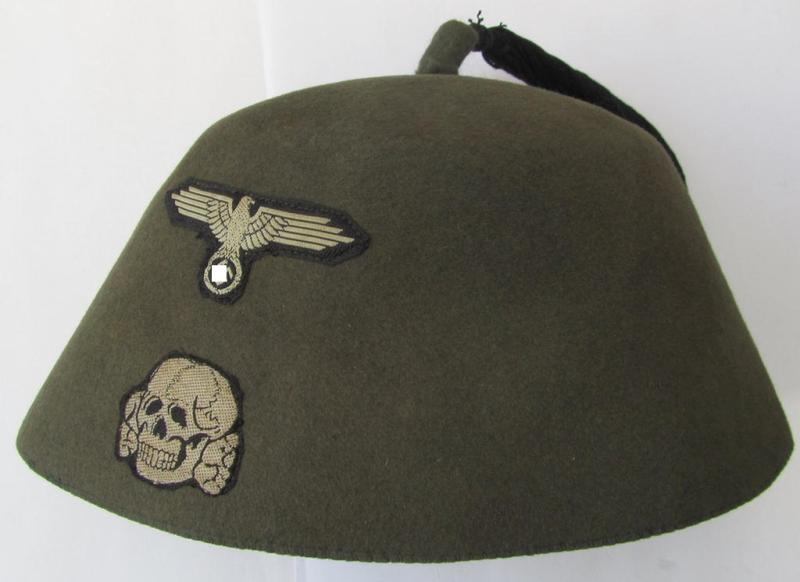 This is a truly superb - and rarely encountered! - example of a field-grey- (ie. light-green-) coloured and/or woolen-based Waffen-SS so-called: 'Fez', having a neat - and fully matching! - set of silver-grey-coloured: 'BeVo'-insignia originally- (ie. period-) attached and that comes in an overall very nice- (I deem 'virtually mint- ie. unissued'-), condition. The attractive and desirable piece - which is fairly sized and will surely fit any mannequins'-head - is totally void of an ink-stamp nor marking (as more often) and has a complete and nicely shaped, dark-green-coloured so-called: 'Tassel' in place: the piece is simply void of any wear nor damage. The darker-brown-coloured (and leather-based) sweatband is also void of any marking (as is more often observed). Both - naturally fully matching - 'BeVo'-type insignia are originally (ie. 'off-factory') applied (by machine-stitching using green- ie. black coloured thread). Of specific interest is, moreover, the fact that this example shows a (highly desirable!) larger-sized skull ('Totenkopf') attached. These neat and unusual head-gear-pieces were intended for the Waffen-SS volunteers in the later-war SS-divisions such as the: '13. Waffen-Gebirgs-Division der SS' “Handschar“ (or: 'kroatische Nr. 1'). This piece originates almost certainly from the 'Dachau'-depots from where it was taken as a 'war-souvenir' by a US soldier in 1945. It should be noted that these field-grey- ie. green-coloured examples are said to be intended for front-usage (whereas their maroon-coloured counterparts were more intended as some sort of 'dress-headgear'). In any case are these field-grey ie. green-coloured examples much harder to find and can be easily graded 'rare' and desirable. The piece on offer here does just show some minimal storage-age simply caused by decades of storage only. Simply a very nice and decorative piece of genuine Waffen-SS headgear: simply impossible to upgrade this example!