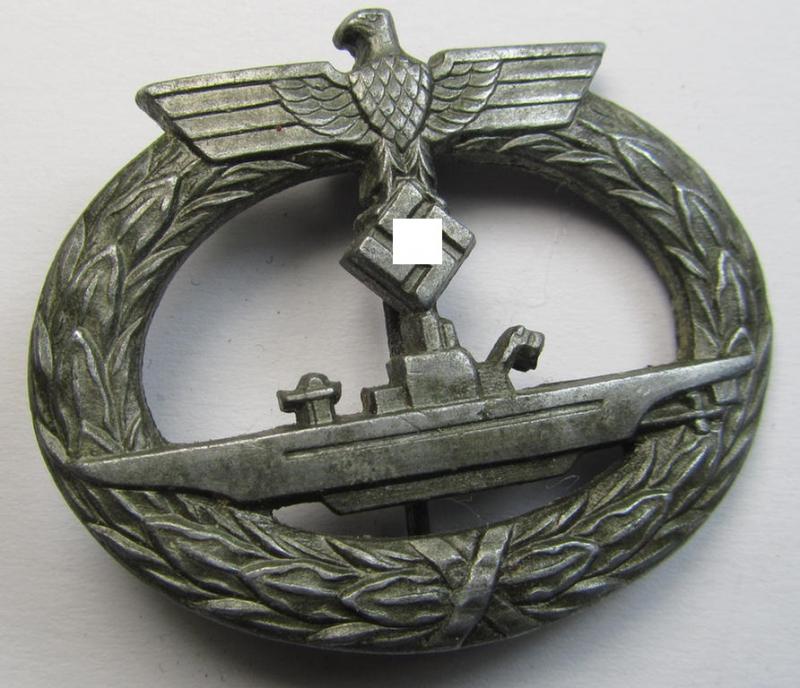 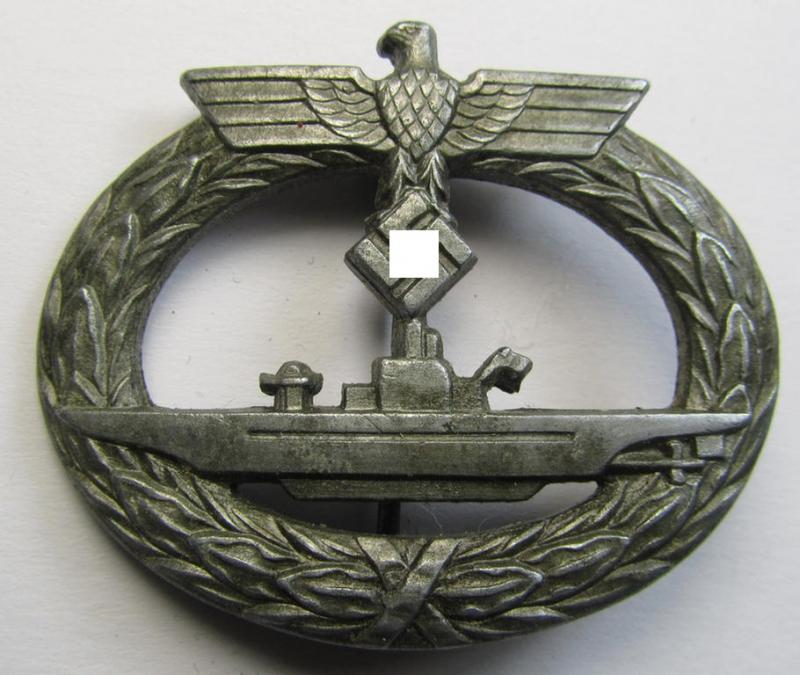 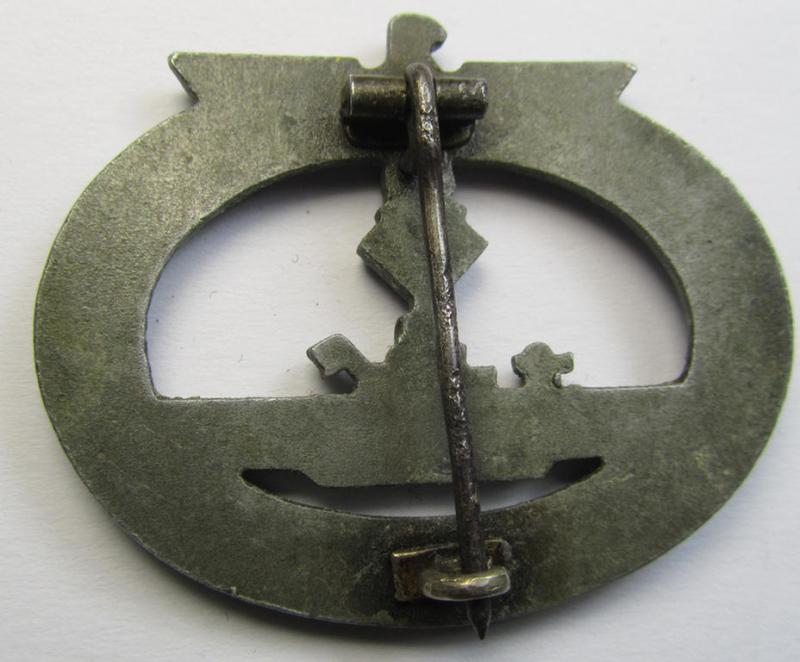 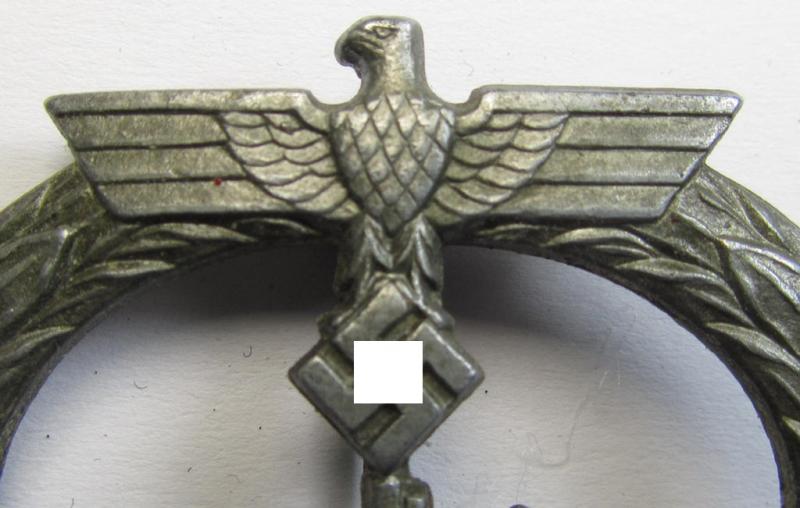 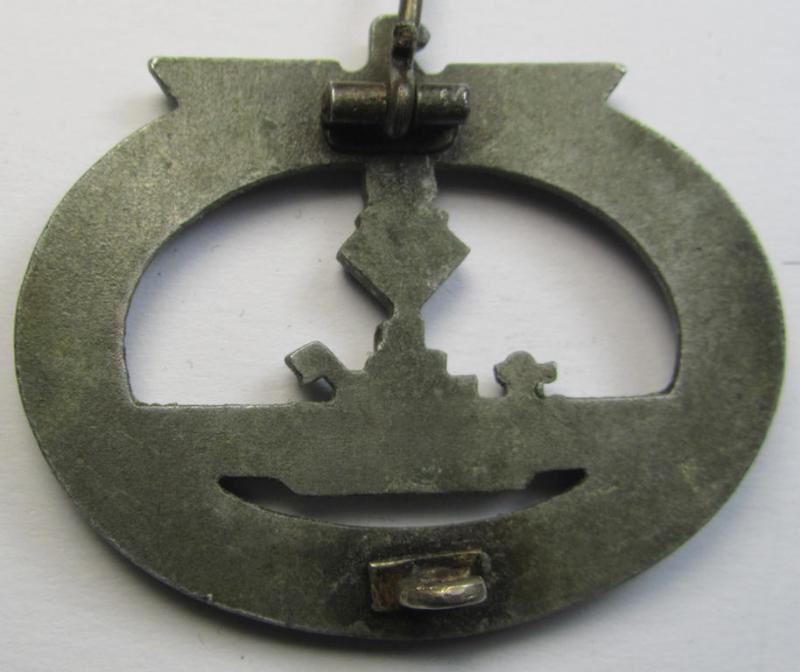 Later-war-period, WH (KM) typical zinc- (ie. 'Feinzink'-) based, so-called: 'U-Bootkriegsabzeichen' (or: U-boat war-badge) being a non-maker-marked example as was - I deem - produced by the: 'Funcke & Brünninghaus'-company

The attractive - and typical zinc- (ie. 'Feinzink'-) based - naval ie. 'Kriegsmarine' war-badge (ie. 'U-Bootkriegsabzeichen') is as stated above a non-maker-marked - and quite detailed and - I deem - most certainly later-war-period - example that comes in a moderately used- (albeit still nicely preserved-), condition. It is as such, a typical example that was - I deem - produced by the maker (ie. 'Hersteller'): 'Funcke & Brünninghaus' as was based in the town of Lüdenscheid. The piece has an attractive age-patina but has regrettably lost its golden-toned finish: it has a typical, zinc- ie. 'Feinzink'-based finish (as can be seen on the pictures) The piece shows, however, still extraordinary detail and comes naturally mounted onto its functional (thin-shaped) pin- and/or catch(-set-up) which are both fully unaltered and of course fully functional. The badge has I deem never been cleaned nor polished and is still a bit dirty ie. stained. Simply an attractive - and I deem with certainty fairly priced! - example of an: 'U-Bootkriegsabzeichen' that was procuced by the 'Funcke & Brünninghaus'-company!