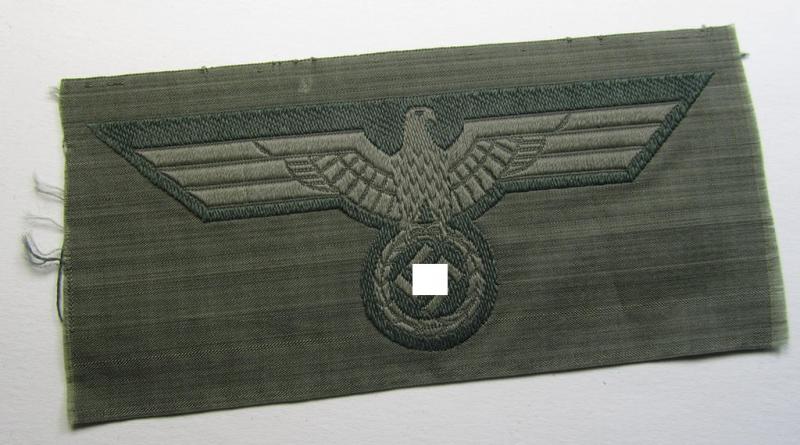 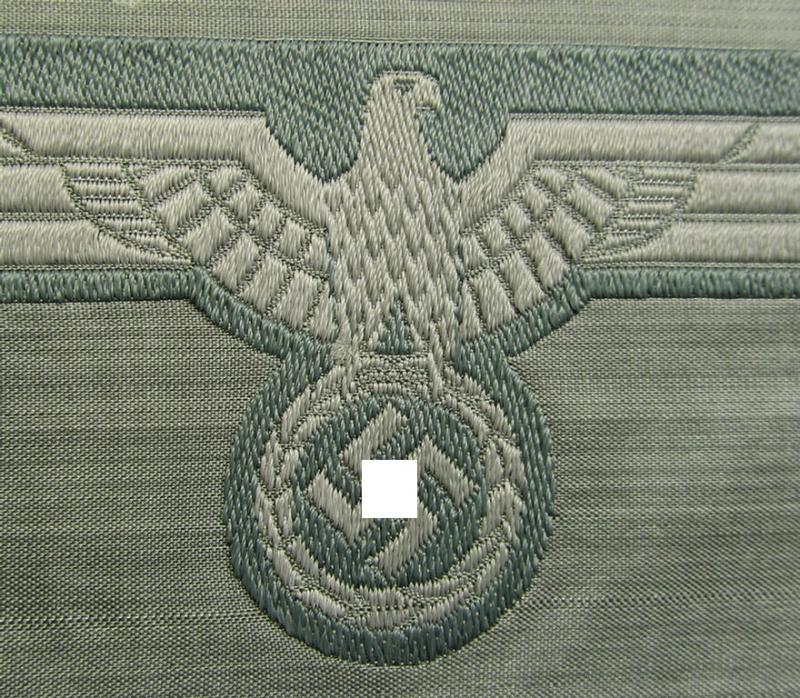 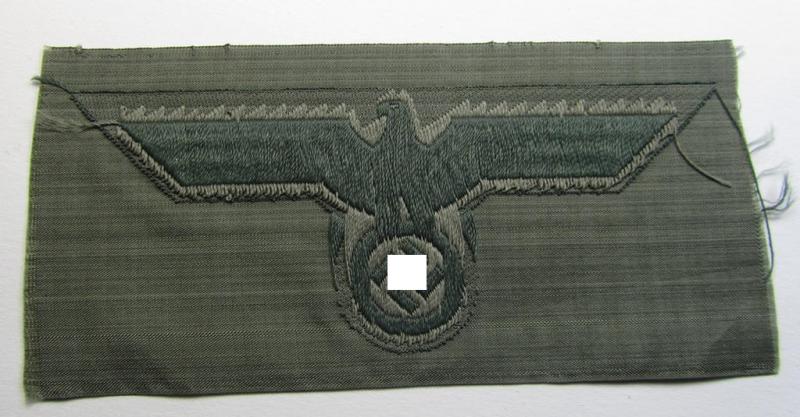 WH (Heeres) mid-war-period- and/or greyish-coloured breast-eagle of the so-called: 'M41'- (ie. 'M43'-) pattern 'Brustadler für Mannschaften u. Unteroffiziere') as executed in the neat 'BeVo'-weave pattern on a field-grey-coloured background

This is an attractive - and simply never used- nor worn! - example of a WH (Heeres) mid-war-period- and/or greyish-coloured breast-eagle of the so-called: 'M41'- (ie. 'M43'-) pattern (ie. 'Brustadler für Mannschaften u. Unteroffiziere des Heeres') as was executed in the neat 'BeVo'-weave pattern on a field-grey-coloured background and that comes in an overall very nice- (ie. 'virtually mint ie. unissued'-), condition. The breast-eagle is executed in greyish-coloured linnen on a typical field-grey-coloured (and also linnen-based) background. The piece - which is executed in the so-called: 'BeVo'-weave as to be expected - comes as 'straightly cut-of the role' and just shows some minimal storage-age only (as can be seen on the pictures). It deals with so-called: 'early- ie. mid-war-pattern'-breast-eagle that was worn from 1941 onwards throughout the entire war. The piece shows some minimal staining simply caused by decades of storage only and can naturally easily serve to restore any mid-war-period 'Heeres'-tunic. Simply an attractive example that will be impossible to be upgraded!