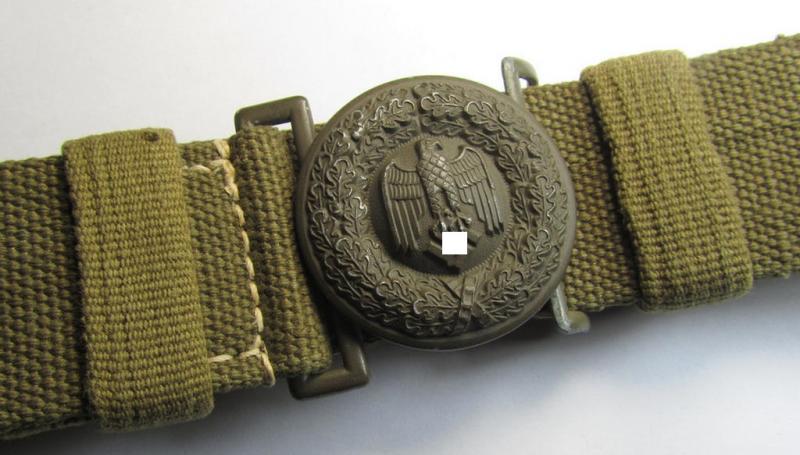 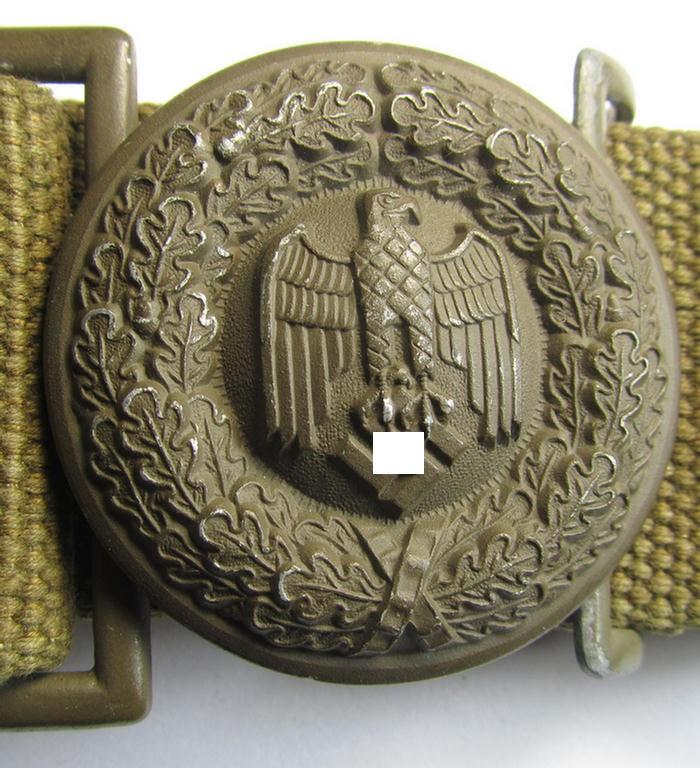 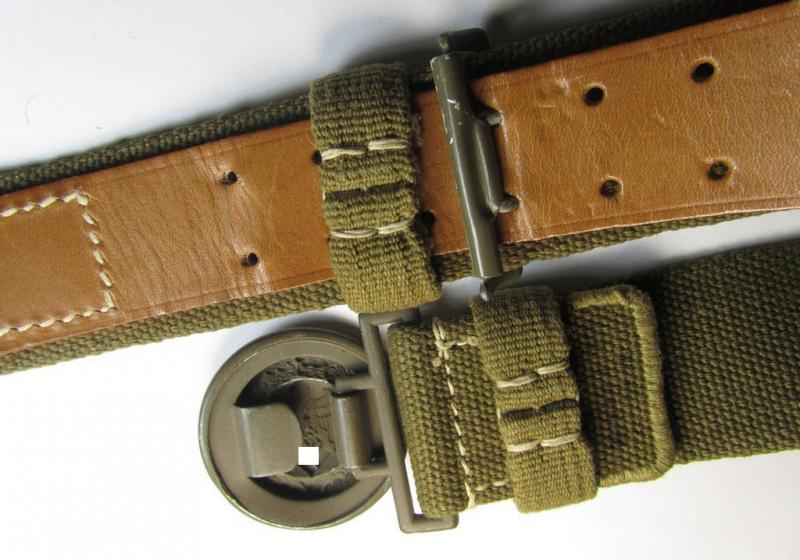 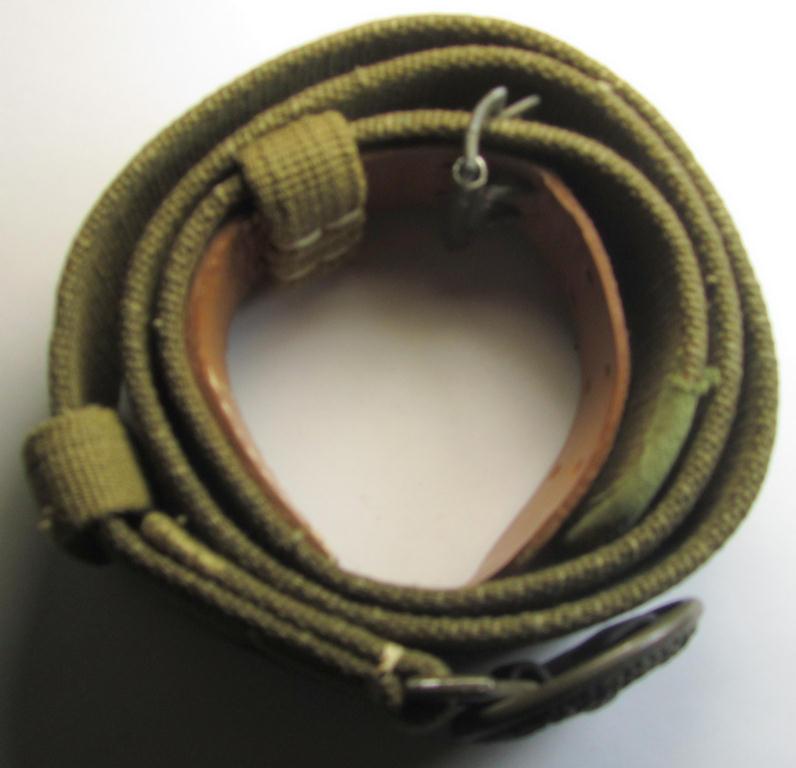 This is a truly stunning - and actually scarcely encountered! - WH (Heeres) 'tropical' (ie. DAK- or 'Deutsches Afrika Korps'-) related- officers'-type belt- and buckle set (aka: 'Heeres Tropenfeldbinde für Offiziere') comprising of neat (alumium-based and/or typical field-grey-/greenish-coloured) belt-buckle which comes mounted onto an - approximately 100 cms.-long sized - belt that is maker-marked (hard to read) and that comes in an overall very nice- (ie. I deem issued albeit hardly used- nor worn ie. 'virtually mint'-), condition. The neat - and very detailed! - buckle, which is as stated an unmarked specimen (as always) retains almost all of its original (fairly 'matted') greenish- ie. field-grey-coloured finish and still has superb detail (there is no real damage nor wear visible: just some mininal traces of having been minimal handled ie. moderately used over the years). The buckle was - I deem - never cleaned and shows some minimal dirt and aging: it has as stated lost some of its green-painted finish over the years (simply caused by handling as stated above). These belt-buckles saw only limited usage within the DAK (or: 'Deutsches Afrika Korps') but saw also usage in the later-war years (Balkan- and/or Mediterranean) combat-areas. The - truly mustard-green-coloured - belt - which is maker-marked and/or presumably dated and shows an undecypherable ink-stamp as can be seen on the pictures - measures approximately 100 cms. in length (something that is also reflected by the ink-stamp '100' on the back of the leather-based tongue). Moreover, are both webbing-based 'lashes' also present and in place (something that is most certainly not always the case). The belt itself comes as mentioned above in an equally very nice condition: it only shows some minimal staining ie. storage-age. The metal catch is also equally green-/ie. field-grey coloured (and totally matches as such the buckle). The set was most certainly worn as such and came as such from a private-household in the USA: it was never before part of a collection. Simply a very nice - and fully matching! - tropical officers'-type belt- and buckle set that is priced according to its superb condition: hard to find a better and matching set for a more interesting price!