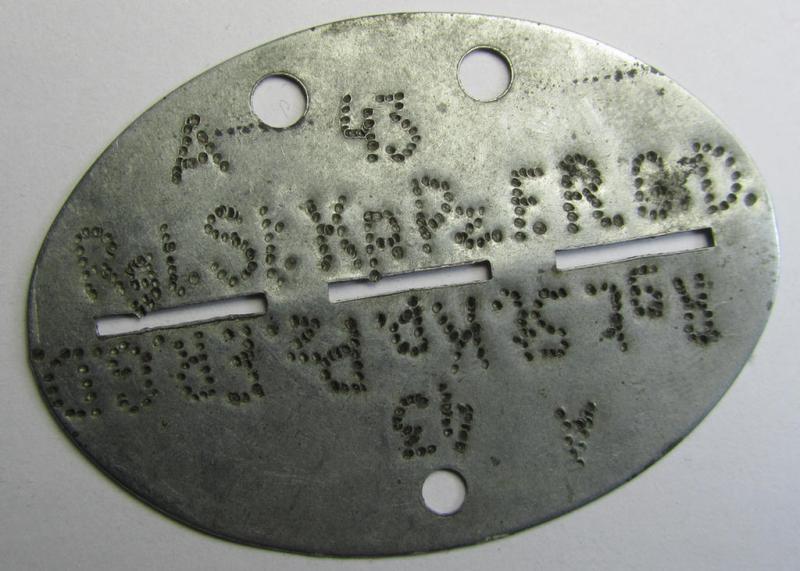 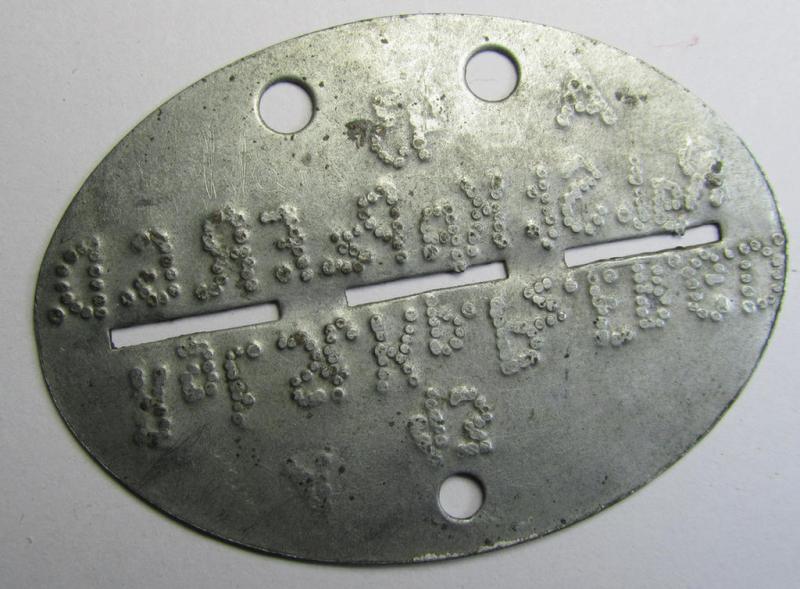 This is an attractive - and with certainty very unusual but 100% genuine! - example of a silver-coloured- and/or typical steel- (ie. 'Edelstahl'-) based WH (Heeres) so-called: 'GrossDeutschland-Division'-related ID-disc (ie. 'Erkennungsmarke') bearing the (somewhat roughly- and I deem almost certainly privately done!) stamped unit-designation that reads: 'Rgt.St.Kp.Pz.F.R.G.D.' and that as such belonged to a soldier (ie. NCO or even officer) who served within a motorised unit within the: 'GrossDeutschland-Division'. The disc comes in an overall nice (albeit clearly used ie. worn-), condition (and is executed by means of stamped 'dots'!): it does show the clear evidence of having been used ie. worn and shows some minimal staining (as can be seen on the pictures). The disc also shows the bearers'-blood-group-type ('Type A') and shows a clearly stamped (low) bearers-numeral that reads: '43'). This neat (and almost certainly front-produced) ID-disc originates from a private-household in Germany where it was recently uncovered: it deals naturally with a 100% garuanteed, 'GrossDeutschland-Division'-related ID-disc that is I deem priced according to its unmistaken rarity and/or desirability!