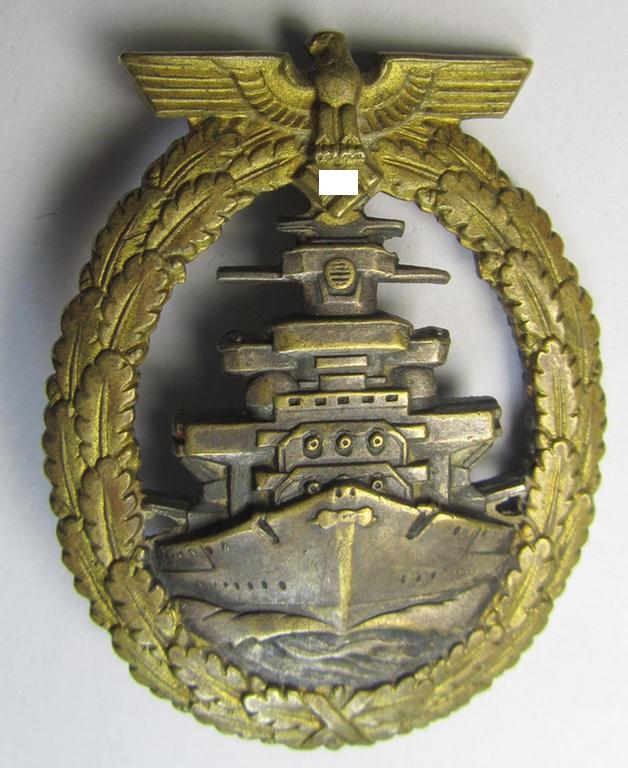 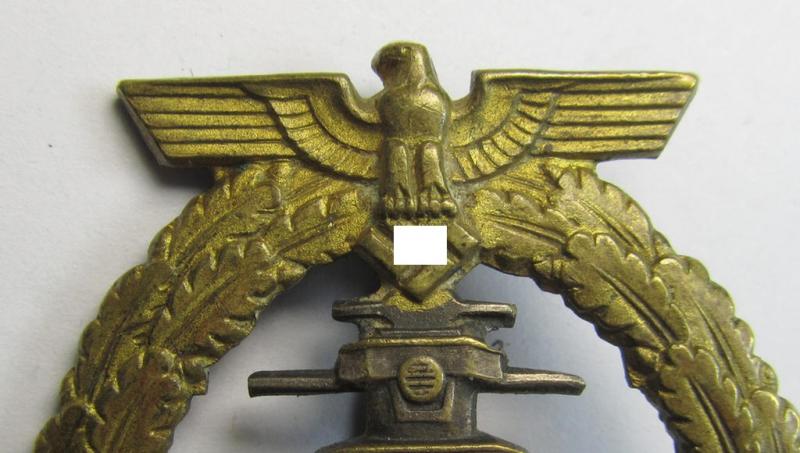 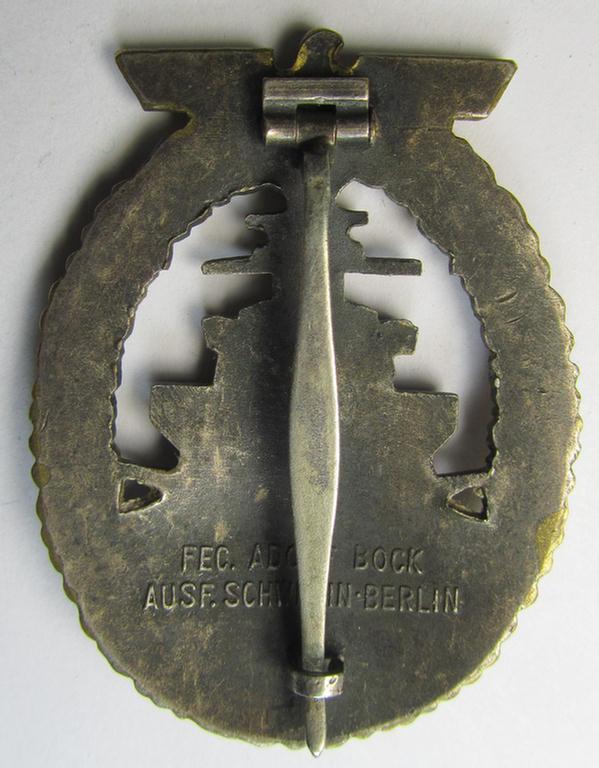 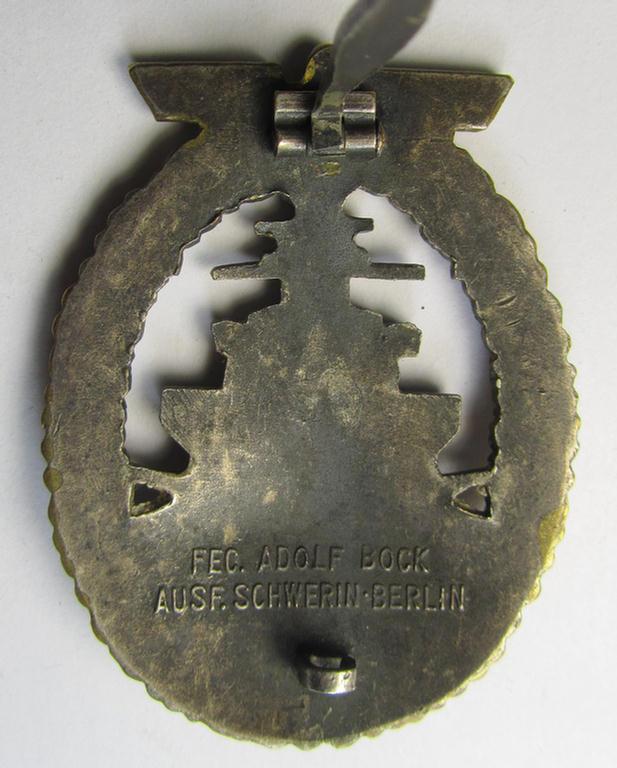 Stunning, WH (KM) 'Flottenkriegsabzeichen' (or: high-sea fleet badge) being a typical: 'Buntmetall'- (ie. 'Tombak'-) based and/or (I deem) early-war-period specimen that is neatly maker- (ie. 'Fec. Adolf Bock') marked on its back

This is a truly very attractive - and very detailed ie. pronounced! - example of a WH (Kriegsmarine) 'Flottenkriegsabzeichen' (or: high-sea fleet badge) being an (I deem early-war-period-) and/or: 'Buntmetall'- (ie. 'Tombak'-) based example that is neatly maker- (ie. 'Fec. Adolf Bock') marked on its back and that comes in an overall very nice- (most certainly issued and just moderately used- ie. worn-), condition. The very detailed- and/or pronounced badge maintains truly almost all of its original, golden- ie. silverish-bluish-toned finish and is clearly maker-marked on its back as stated above. The swastika still retains its ('off-factory') somwhat shiny and neatly polished surface (as can be seen on the pictures). The badge - which also shows the superimposed text: 'Ausf. Schwerin-Berlin' on its back as to be expected - comes naturally mounted onto its (fully unaltered) functional (flute-shaped) pin and/or (typical) catch (both being typical for these by the 'Adolf Bock'-company produced naval war-badges). The badge on offer here was with certainty never cleaned nor polished and came from a private- household in Germany where it was recently uncovered. Simply a very attractive - and actually fairly scarcely encountered and totally untouched! - naval war-badge that is priced according to its nicely preserved and untouched condition!