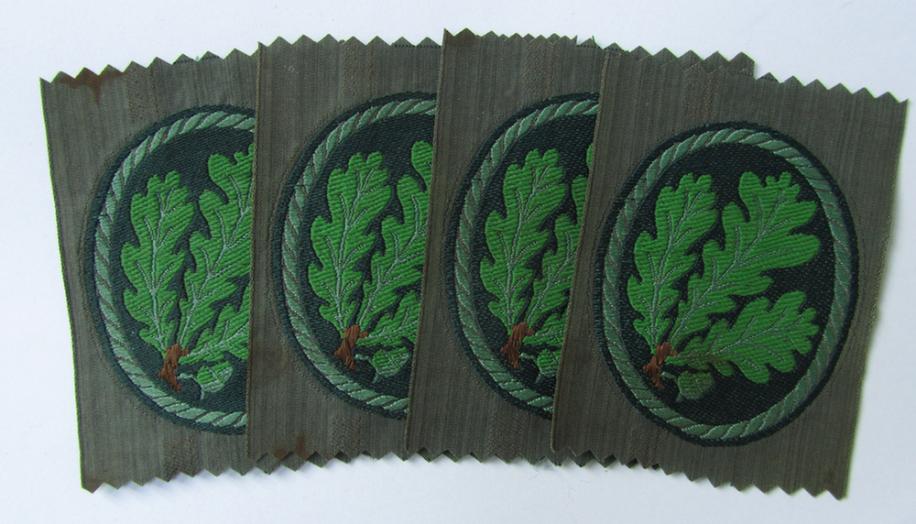 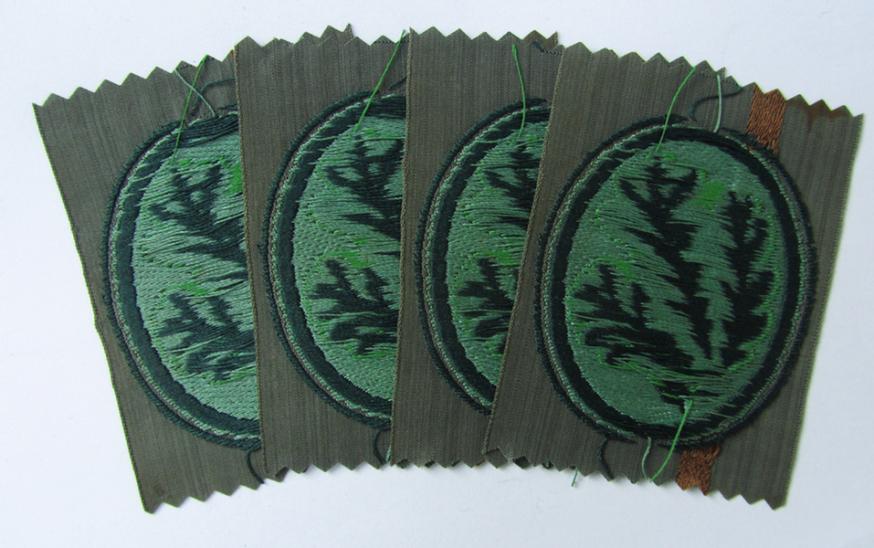 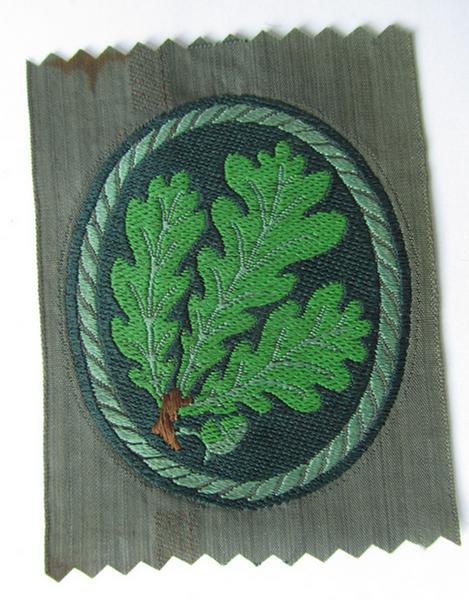 I recently uncovered four, identical and/or non-folded-/ie. non-confectioned, examples of the WH (Heer) 'Jäger' armbadge, as neatly executed in the so-called: 'BeVo'-weave pattern, all four pieces in overall very nice (ie. virtually mint-/unissued!) condition. The badges on offer here come as 'straight cut-of-the-role' and were simply never issued nor used: all four do show some minimal age ie. storage-staining only, simply having been stored as such for decades. These decorative (arm-)badges were worn on the right upper-sleeve by the troops that were attached to the various 'Jäger' (ie. rifle-) regiments (being some sort of mid-war-period infantry units). Simply a nice occasion to acquire such a neat armbadge for a competitive price!