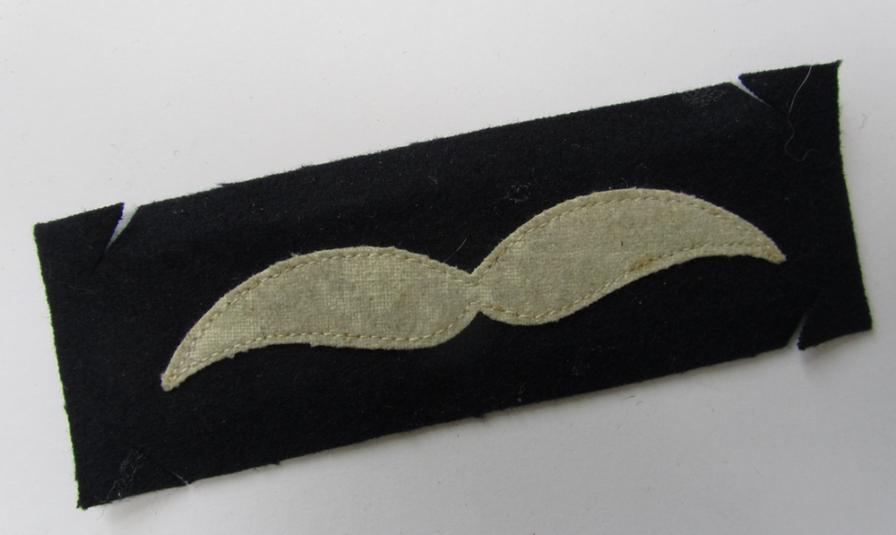 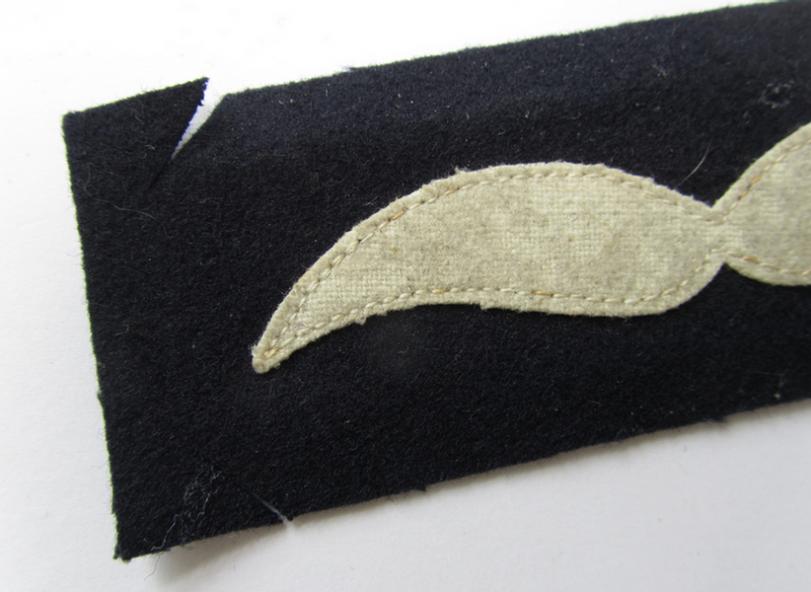 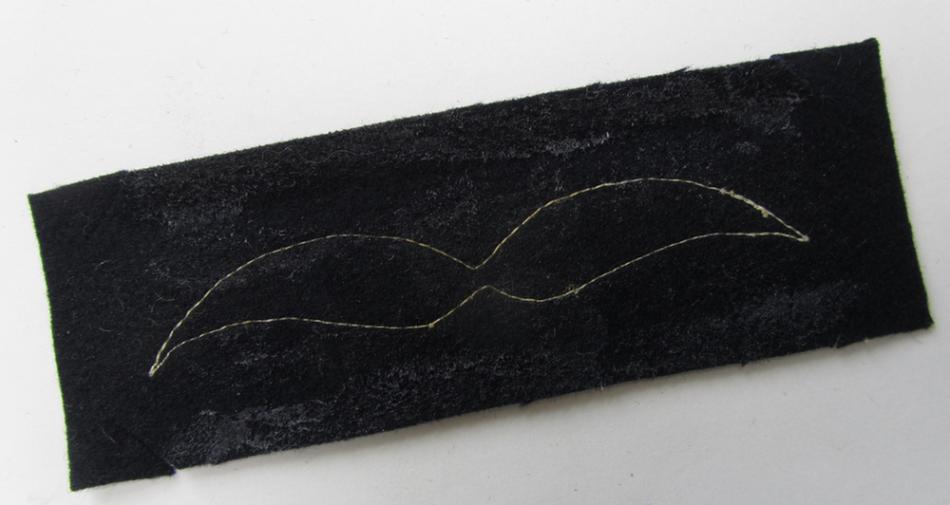 This is a very nice - and actually scarcely encountered, albeit regrettably single - example of a WH (Luftwaffe), dark-blue coloured and/or woolen-based, NCO-type rank-patch (aka 'rank-moustache'), as intended for an: 'Unteroffizier' (or 'Oberjäger'), in a very nice (IMO virtually mint-/unissued!) condition. These neat rank-patches saw usage on the various LW-flight-overalls and/or even paratroopers' jump-smocks. The patch - executed in white-coloured felt-like wool on a dark-blue and/or 'felt'-like woolen background - shows one white-coloured 'moustache' and was as such intended for a junior NCO with the rank of: 'Unteroffizier' (or 'Oberjäger'). The patch shows almost no aging nor wear whatsoever (it is just a tiny bit stained caused by decades of storage only). The piece was IMO never tunic-attached but was (of-factory) pre-cut in order to be easily tunic-attached. The piece shows some minimal glue-remains on the back (having IMO once glued into an album or scrap-book). Simply a very nice and desirable LW NCO-rank-patch which is actually not that often offered for sale!