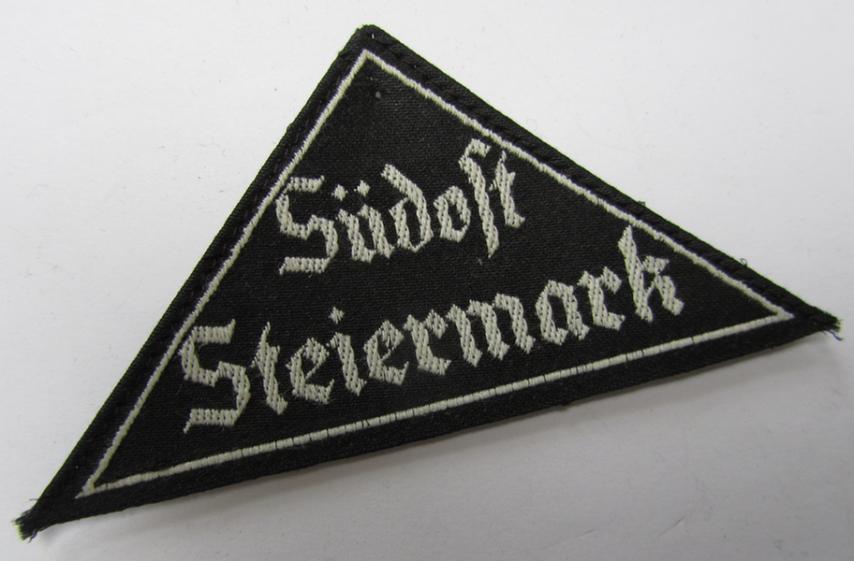 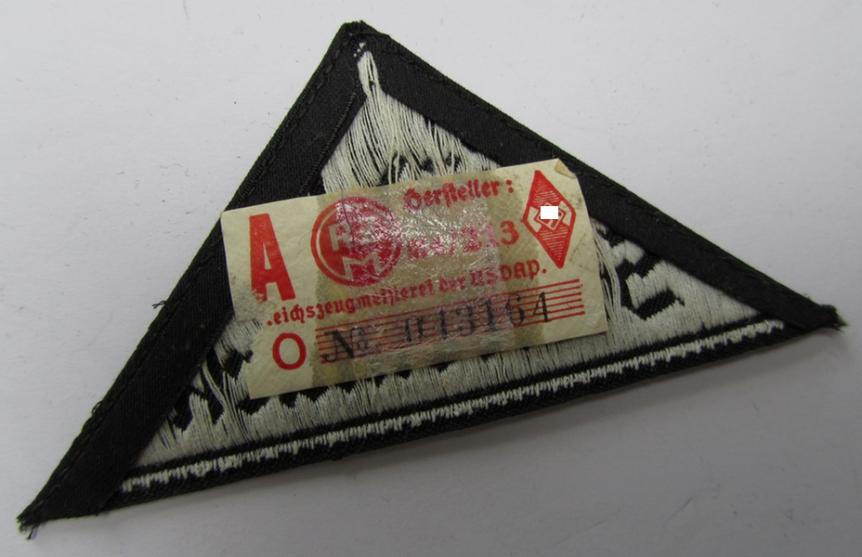 This is a truly very nice example of a HJ/BDM ('Hitlerjugend'/'Bund Deutscher Mädel') district-triangle entitled: 'Südost Steiermark', still retaining its original paper-based 'RzM'-etiket attached, in overall very nice (IMO mint-/unissued!) condition. As stated does the triangle still retains its (red-coloured-) paper-based 'RzM'-etiket ('A-Stück') and is in a very nice condition overall. This is a 'female' specimen, woven in white-coloured linnen on a black-coloured and also linen-based background. The triangle shows some truly minimal staining caused by decades of storage only. It has IMO been glued in an album once and does show some glue-remains on the etiket only. Simply a very nice example of one of the more scarcely encountered (Austrian-based!) 'female' HJ-triangles!