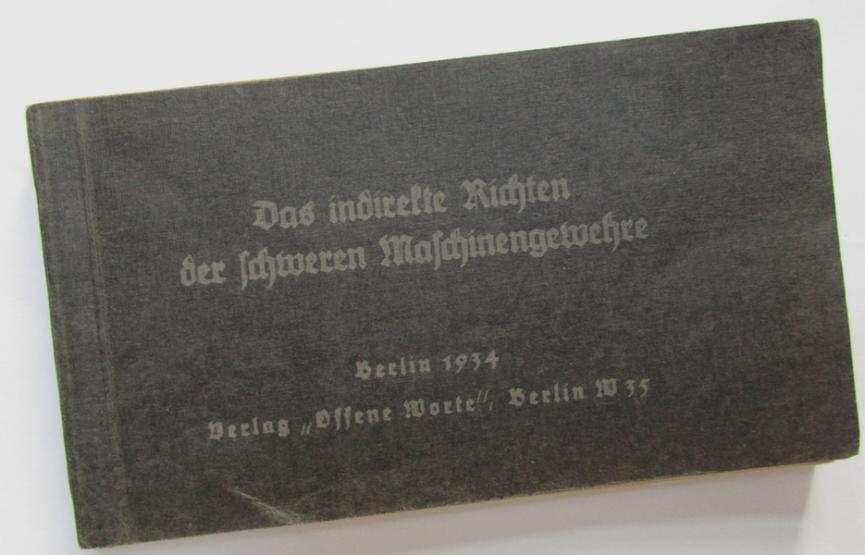 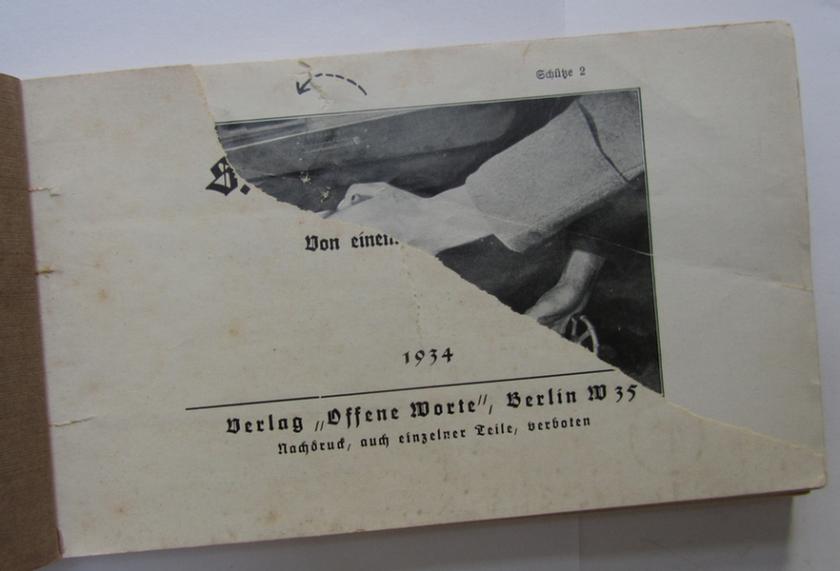 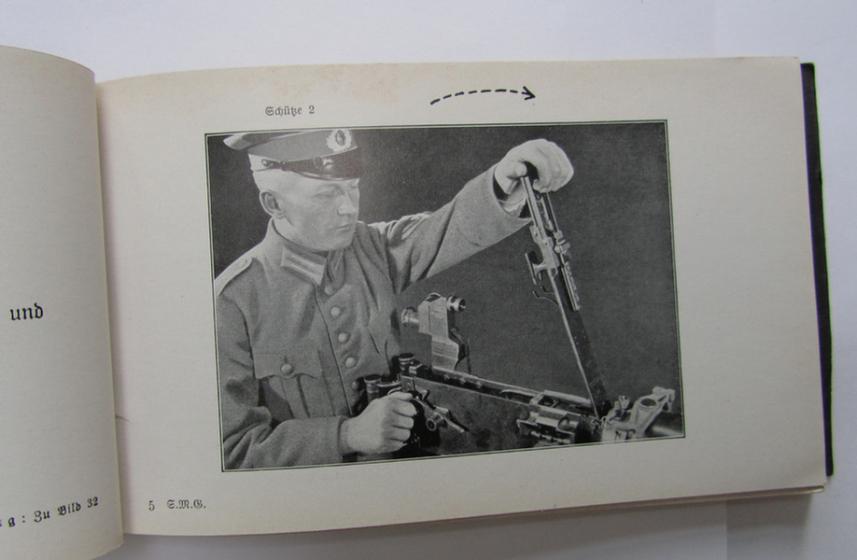 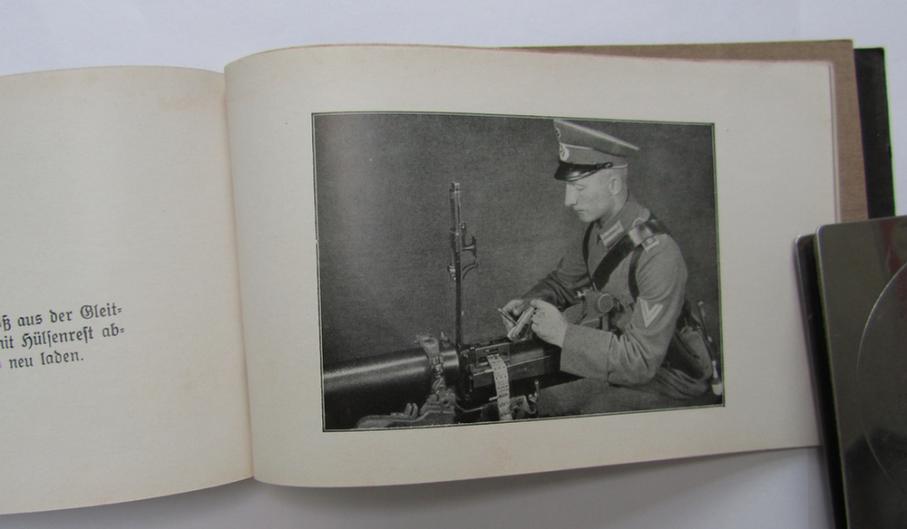 This is a nice example of the actually scarcely encountered, small-sized, WH (soft-covered) instruction-booklet (aka: 'S.M.G. Bilderbuch'), entitled: 'Das indirekte Richten der schweren Machinengewehre' (= instruction-/training manual aiming with heavy MGs) dated: '1934', in a nice albeit used and/or minimally damaged condition. The small-sized booklet (actually more some sort of photo-book) - which is sized: 17 x 10 cms. - is almost complete and retains all its 80 (plus) pages - containing various (ie. 73 plus) neat illustrations ie. detailed photgraphs - and is just somewhat yellowed caused by normal age ie. storage. As stated is it however minimally damaged: it misses a part of the first page (it is however fully complete and/or functional). As possibly known has this booklet been also reproduced: this is naturally a fine original and period example! The booklet provides the reader with text and illustrations with a complete insight in: 'how to properly use the standard heavy machine-gun or: 'S.M.G.' and all its accesoiries' (including instructions on 'how to properly aim', something that was of course deemed needed in the German army!). These sought-after publications were not 'standard issue' but had to be privately acquired by the soldiers ie. NCO's and officers: this example also bears on the inside of the cover a glued-in 'sticker' from the previous owner (a certain: 'Oberleutnant Balthasar'). Simply a nice and scarce publication: it is just the first such rare piece I have ever encountered ie. offered for sale. Simply a great addition to any field-gear-/mannequin set-up that is IMO accordingly priced taken into account its slightly damaged condition!