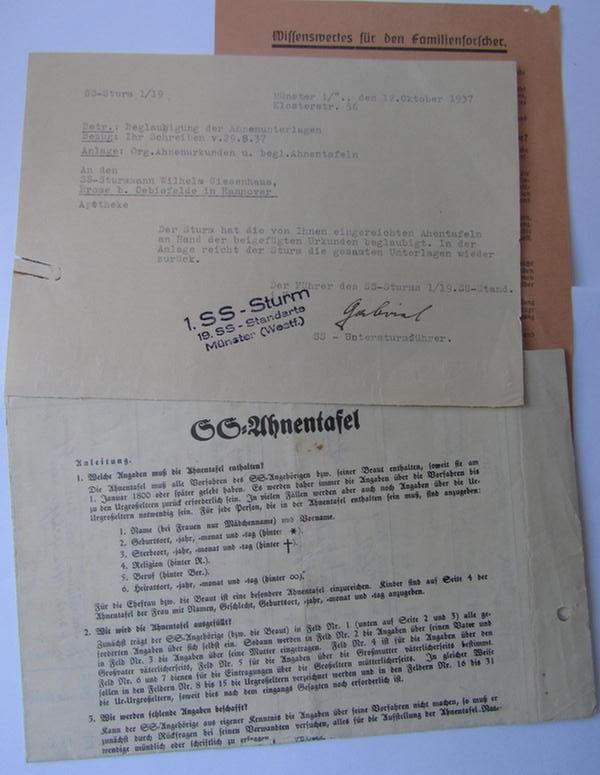 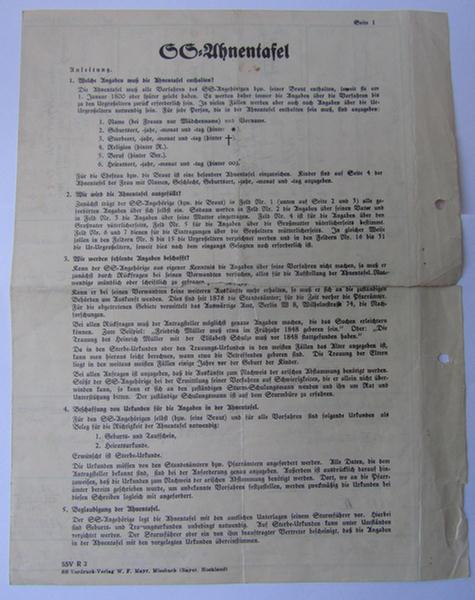 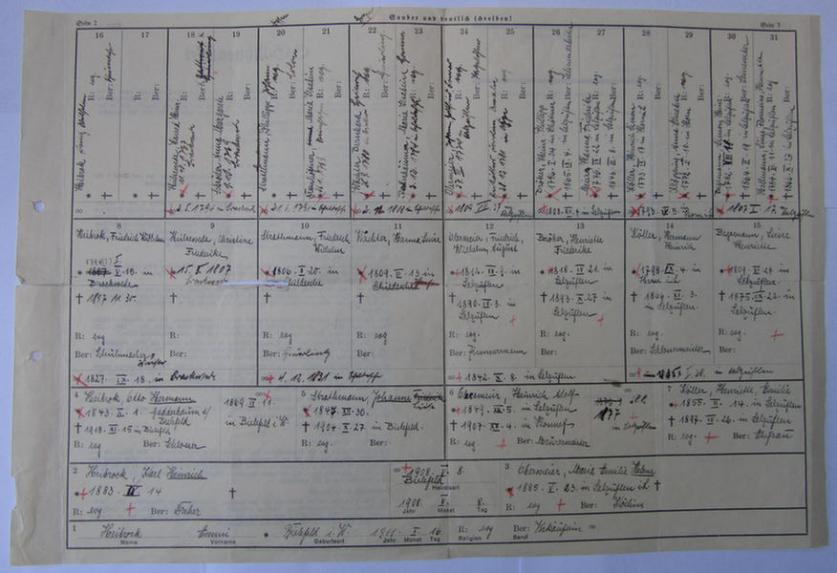 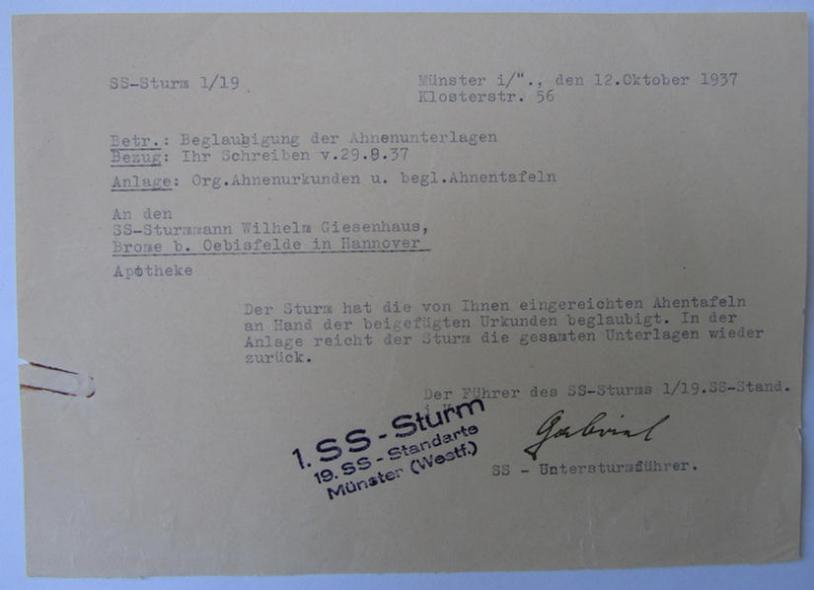 This is a very interesting - and actually rarely encountered albeit small-sized (ie. 3-pieced) - SS-related paper-grouping, comprising of a (fully filled-in!) so-called: 'SS-Ahnentafel' (ancestory document) describing the family-relations of a female person named: Emmi Heibrock born 1911, a related 'Übersendungsschreiben des 1.SS-Sturm/19.SS-Standarte' Münster addressed to the: 'SS-Sturmmann' named: Wilhelm Giesenhaus and a small-sized (ie. A5-sized) explanatory paper on 'how to fill-in' such an 'Ahnentafel', all three pieces in overall nice and/or fully complete condition. The three documents were found together as such and I deem that it dealt with the fact that the 'SS-Sturmmann' Giesenhaus asked official 'permission' to marry Heibrock and in order to do so he needed to sent-in a complete ancestory document of his wife-to-be. The 'SS-Ahnentafel' is quite large-sized and is folded sized: 30 x 22,5 cms.: it is just somewhat yellowed and 'wrinkled' but complete and filled-in with relatives upto 1794!. The 'Übersendungsschreiben' is dated 12 October 1937 and is - as stated above - neatly ink-stamped with a clear stamp that reads: '1.SS-Sturm/19.SS-Standarte' Münster: it is moreover clearly signed by an 'SS-Untersturmführer' named: 'Gabrial' (or alike). It should be noted that these 'SS-Ahnentafel' are very hard to encounter: the ones that are fully filled-in even more so. I deem that I have priced this very interesting - and actually rarely encountered! - SS-related grouping accordingly!