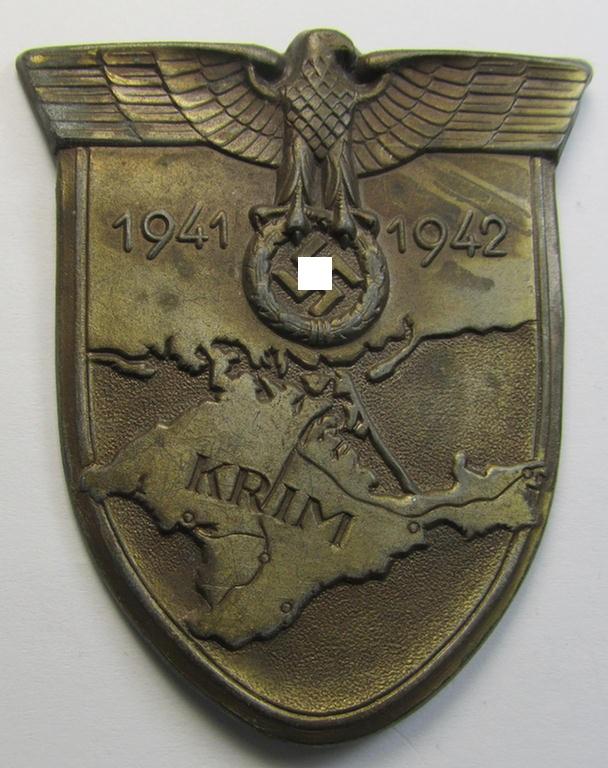 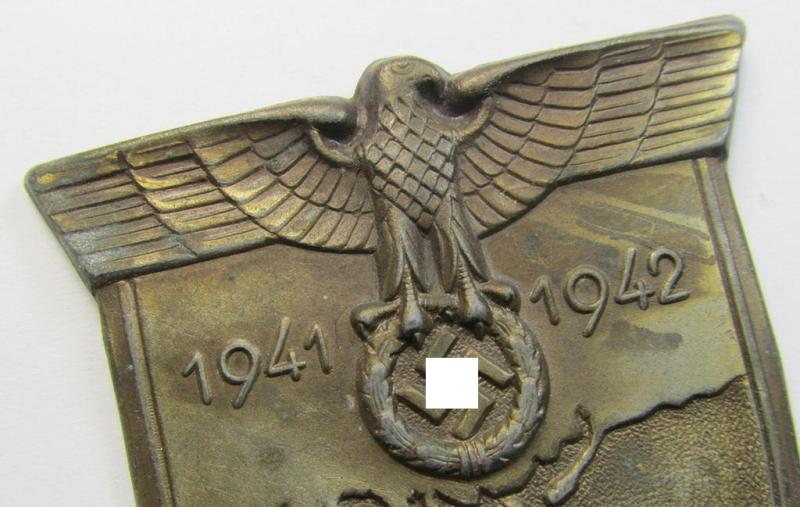 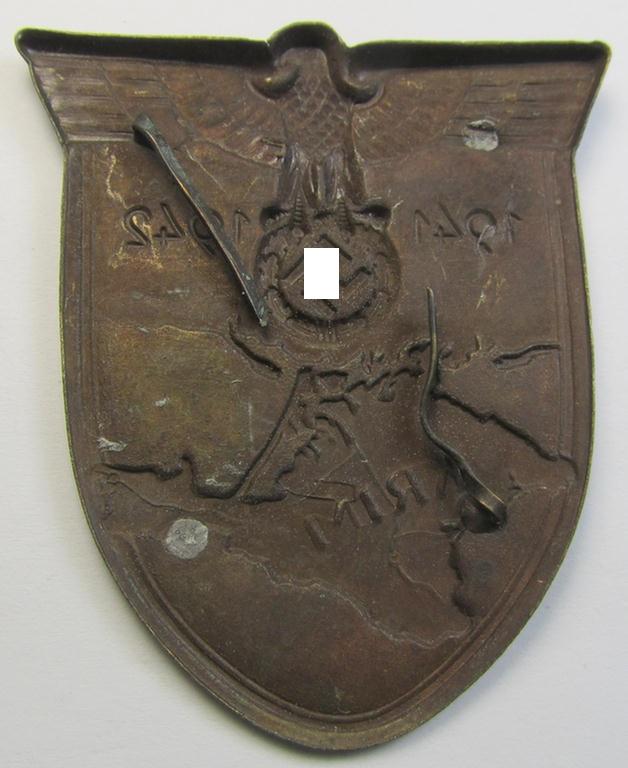 Attractive - albeit regrettably incomplete! - WH (Heeres o. Waffen-SS etc.) 'Krim'-campaign-shield (as produced by a by me unidentifed maker) that comes in an issued-, moderately worn- and/or carefully tunic-removed-, condition

This is an attractive example of a non-maker-marked, (Heeres o. Waffen-SS etc.) 'Krim'-campaign-shield that comes in a clearly issued, moderately worn- and/or carefully tunic-removed-, condition. The shield misses its metal-based 'back-plate' (and woolen cloth 'backing') and has only two (of its four) prongs still in place (as can be seen on the pictures). The shield - which is minimally converse-shaped as more often seen - truly retains most of its original, bright-golden-coloured- and somewhat 'glossy' finish ie. bronze-like appearance in place and was never cleaned nor polished: it does show some minimal staining caused by minimal wear and/or decades of storage and moderate wear.. Simply an attractive - and desirable! - 'Heeres ie. Waffen-SS'-pattern example that was surely issued and/or moderately worn. It should be noted that nice - and truly worn! - examples are quite hard to come by: I deem that this attractive - albeit incomplete! - specimen is accordingly priced.