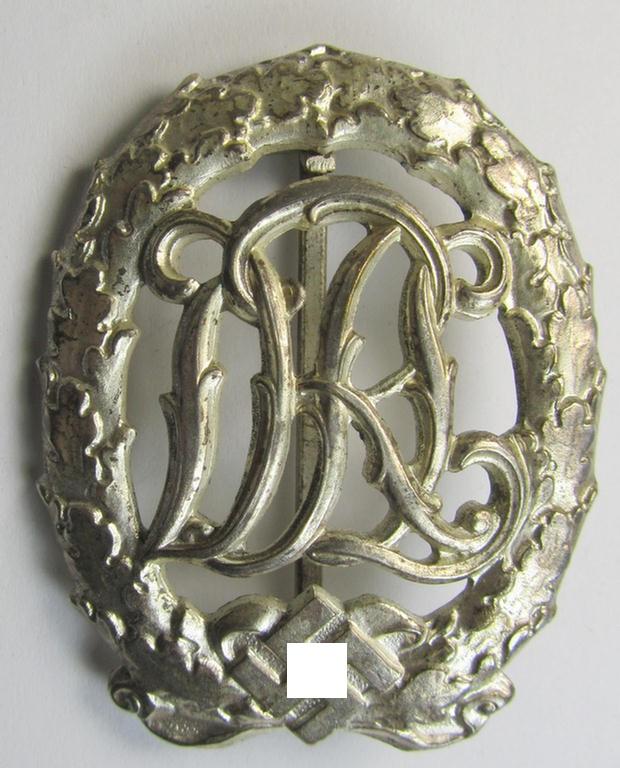 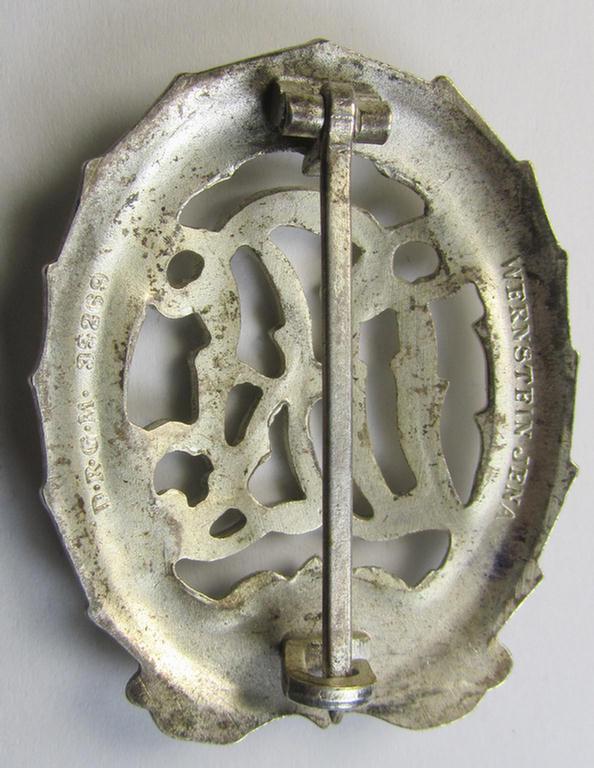 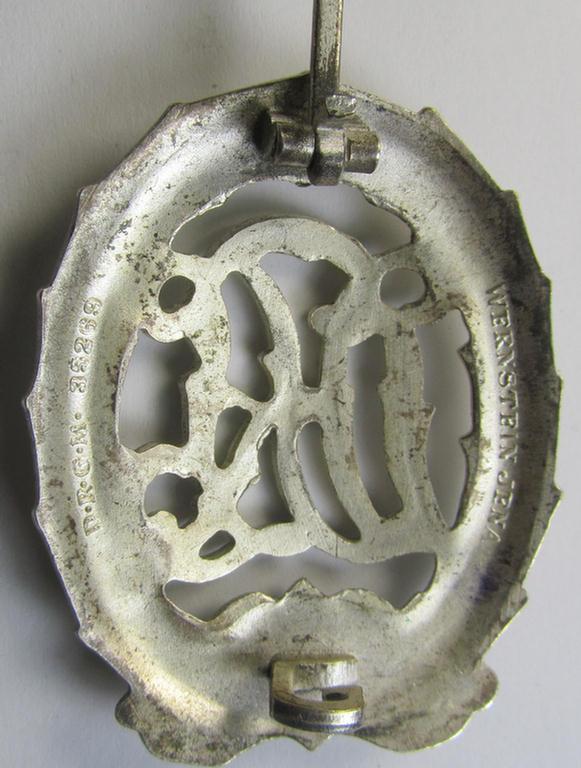 Attractive, 'Reichssportabzeichen DRL in Silber' (or: silver-class DRL sports'-badge) being a typical zinc- (ie. 'Feinzink'-) based example that is nicely maker- (ie. 'Wernstein - Jena'-) marked on its back

The attractive - and not that easily found! - silver-class DRL-sports'-badge is of the version with swastika that retains most (ie. all!) of its somewhat 'shiny', silver-coloured finish: it is, however, I deem moderately used- and/or worn as such and shows a neat (and still somewhat 'shiny') age-patina. As stated above, is the badge nicely maker-marked: 'Wernstein - Jena' and bears the: 'DRGM'-numeral (that reads: '35269') on its back as usually encountered. The badge - which comes naturally mounted onto its fully functional and totally unaltered pin- and/or pin-catch set-up in place - was I deem never cleaned nor polished and is just somewhat stained (ie. minimally tarnished) as can be seen on the pictures. Simply an attractive example of the (not that often seen!) silver-class and that is accordingly priced!