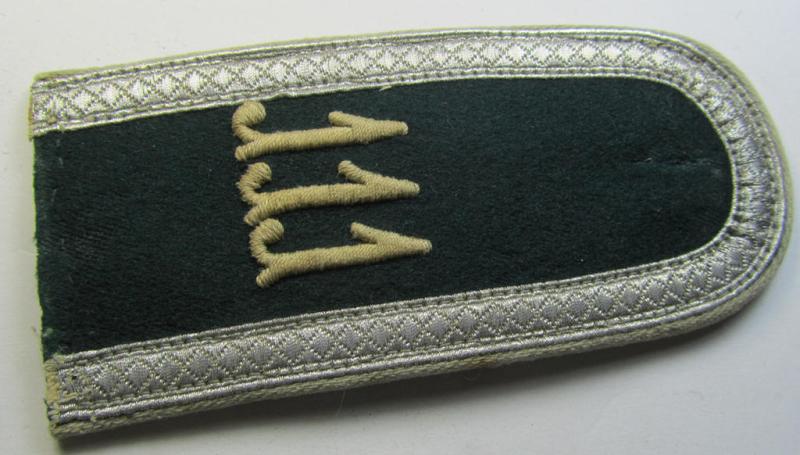 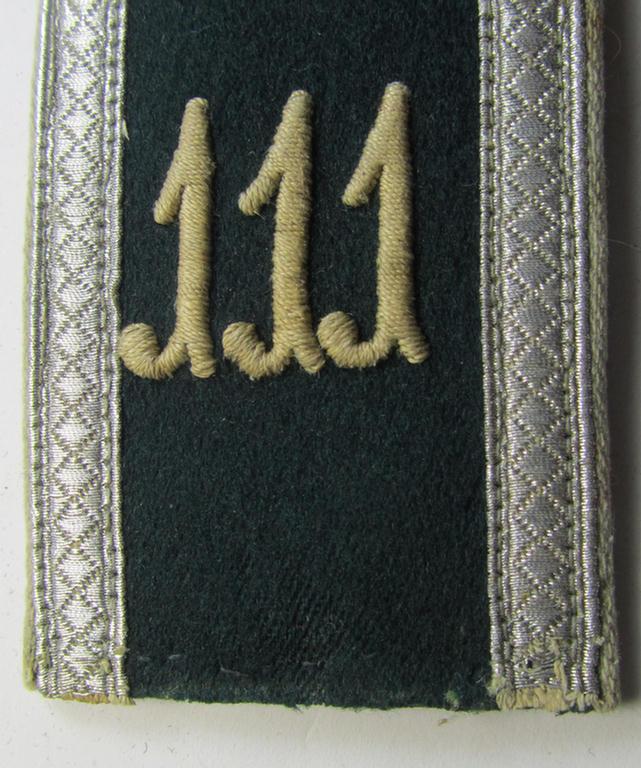 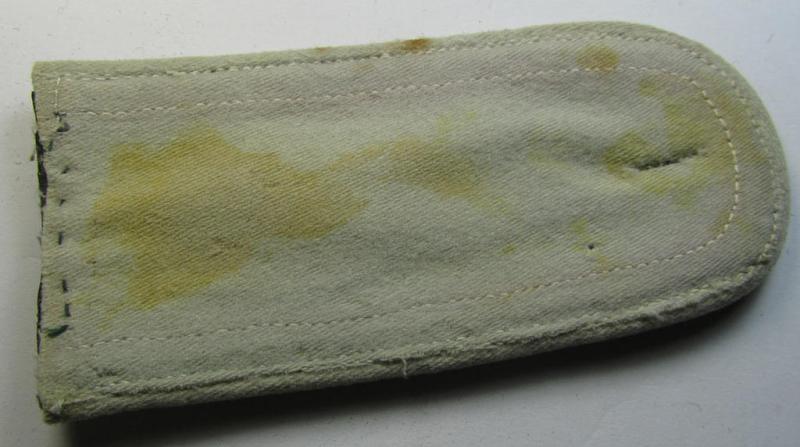 Single - and actually not that often seen! - WH (Heeres) EM-type (ie. 'M36-/M40'-pattern- and/or: 'rounded styled-') neatly 'cyphered' shoulderstrap as was intended for usage by an: 'Uffz. des Infanterie-Regiments 111'

This is an attractive - albeit regrettably single! - WH (Heeres), early- (ie. pre-war-) period, so-called: 'M36-/M40'-pattern- (rounded-styled) neatly 'cyphered'- and white- (ie. 'weisser'-) piped NCO-type shoulderstrap as was intended for - and clearly worn by! - an: 'Unteroffizier des Infanterie-Regiments 111' (or: junior-sergeant who served within the army infantry unit ie. regiment numbered: '111') and that comes in an overall very nice- (albeit clearly used ie. worn-), condition. The fairly broad-shaped shoulderstrap - which measures approximately 11,2 cms. sized in length - has the 'standard-type'- and/or darker-green-coloured, smooth-woolen-based 'upperdeck' and has the white- (ie. 'weisser'-) coloured- (and 'silk-like'-type) piping attached. The strap - which has the silverish-toned NCO-braid attached and that is (unusally!) showing a white-toned 'backing' - shows the neat (hand-embroidered), tripple so-called: '1'-cyphers (ie. 'Ziffern' or numerals). All three 'cyphers' are executed in the white- (ie. 'weisser'-) coloured wool ie. linnen as to be expected (as can be seen on the pictures). The strap - which never had a tongue and that was most certainly used as strap of the 'sew-in'-pattern - shows as stated above only moderate usage and/or wear. It should be noted that all 'cyphered'-pattern shoulderstraps can easily be regarded 'fairly scarce'. Simply an attractive and/or: early-war-period, neatly 'cyphered' and/or 'Heeres'-related NCO-type shoulderstrap that was intended for usage by an: 'Unteroffizier des Infanterie-Regiments 111'!