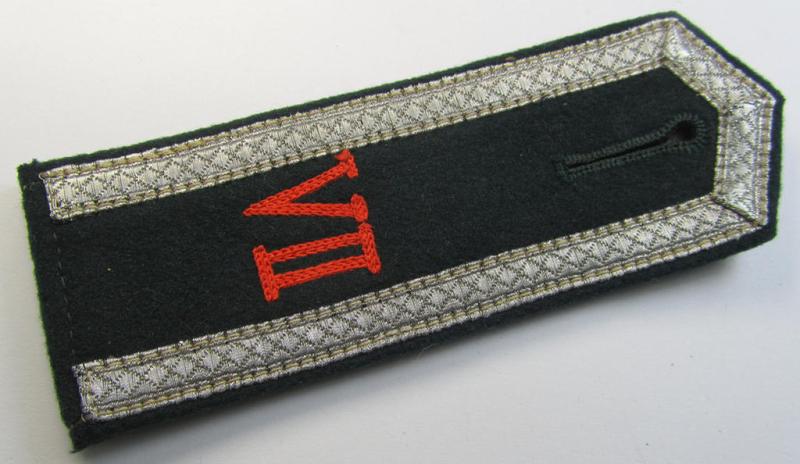 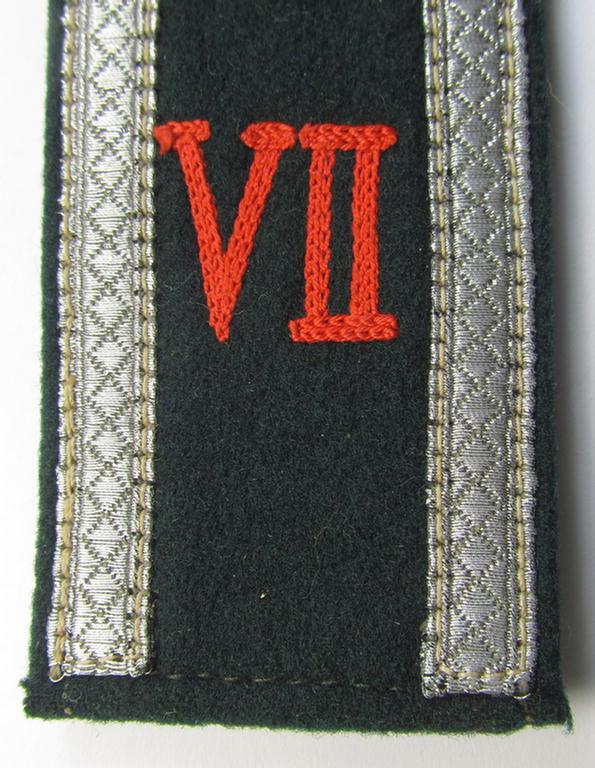 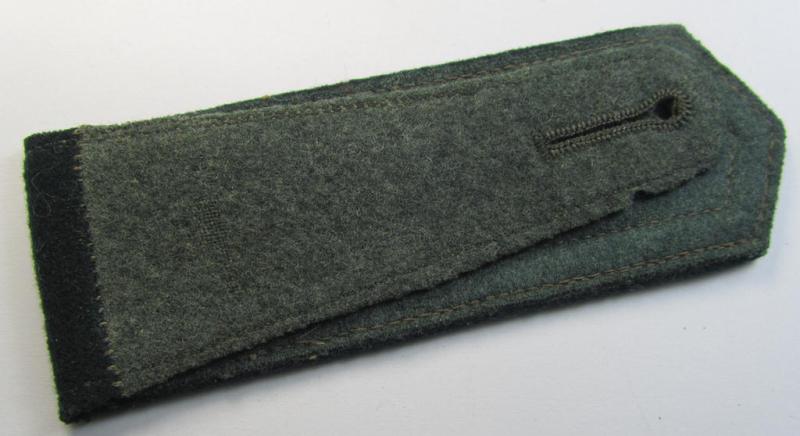 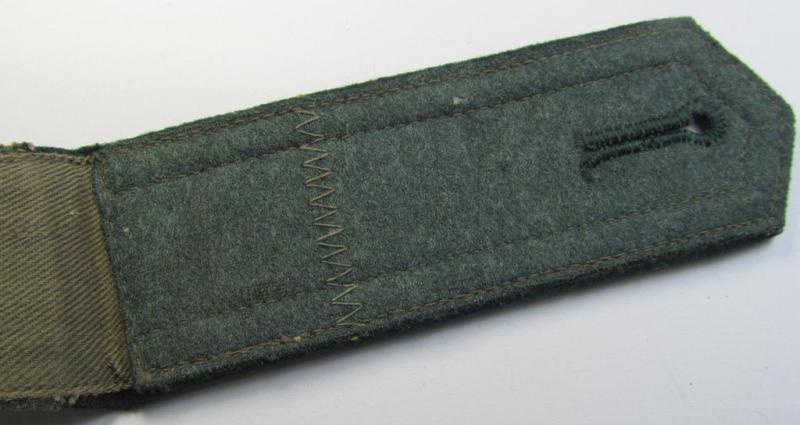 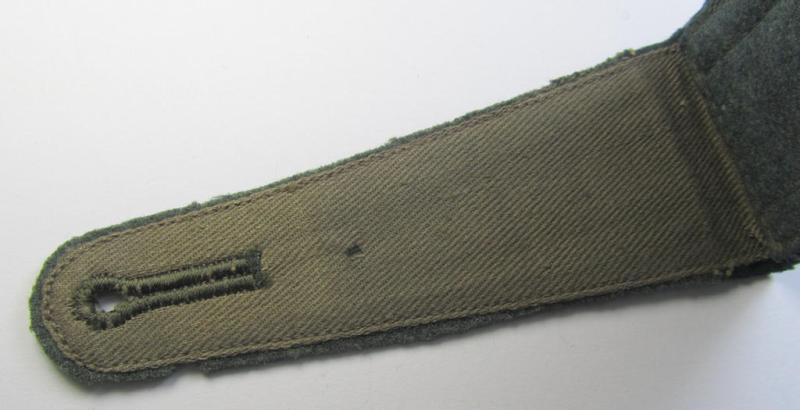 This is an attractive - albeit regrettably single but nevertheless not that often encountered! - early- (ie. pre-war-) period- (ie. 'M36'-pattern- and/or pointed-styled), WH (Heeres) 'cyphered', NCO-type shoulderstrap, being of the generic-model without having any piping, as was intended for - and most certainly worn by! - an: 'Unteroffizier des Wehr-Ersatzdienstelle im Wehrkreises VII' (or: army-NCO ie. junior-sergeant who was part of the recruitment-troops within the area of 'Wehrkreis VII' (being a larger area situated in the town of München) and that comes in overall nice- (albeit issued ie. moderately worn-), condition. The shoulderstrap - which does show some regular age ie. wear and/or minimal staining caused by moderate usage - comes in an overall nice, albeit moderately used- and/or worn condition but is void of any damage whatsoever. The strap is executed in the darker-green-coloured- (and/or: 'smooth'-type) wool and has of course no piping (it is of the generic, pointed-model). The neat shoulderstrap - which comes mounted onto its functional tongue - measures approximately 13 cms. in length and shows the neat Roman-styled- and/or: machine-embroidered: 'VII'-numerals (as executed in bright-orange- (ie. 'orangeroter'-) coloured so-called: 'Kurbelstickerei' as to be expected, denoting the NCOs rank ie. function of: 'Unteroffizier des Wehr-Ersatzdienstelle im Wehrkreises VII'. The strap shows the standard- ie. early pattern, silverish-grey-coloured NCO-braid attached denoting the NCOs rank of: 'Unteroffizier'. I deem that I have priced this neat 'Unteroffizier des Wehr-Ersatzdienstelle im Wehrkreises VII'-shoulderstrap according to its evident desirability and/or comparative rarity!