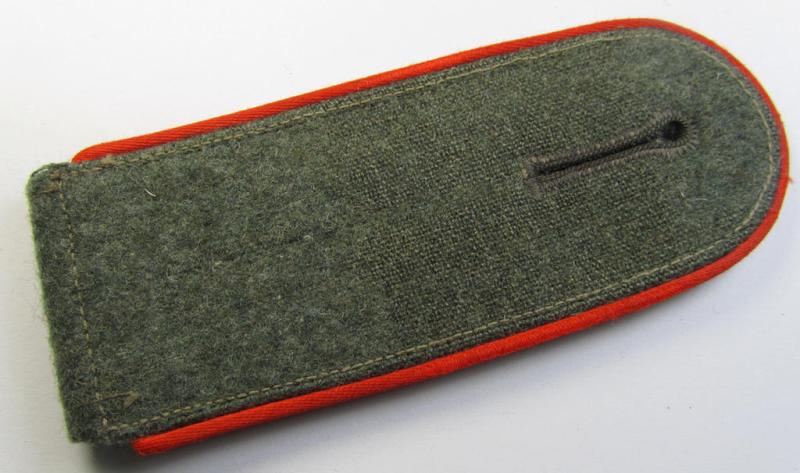 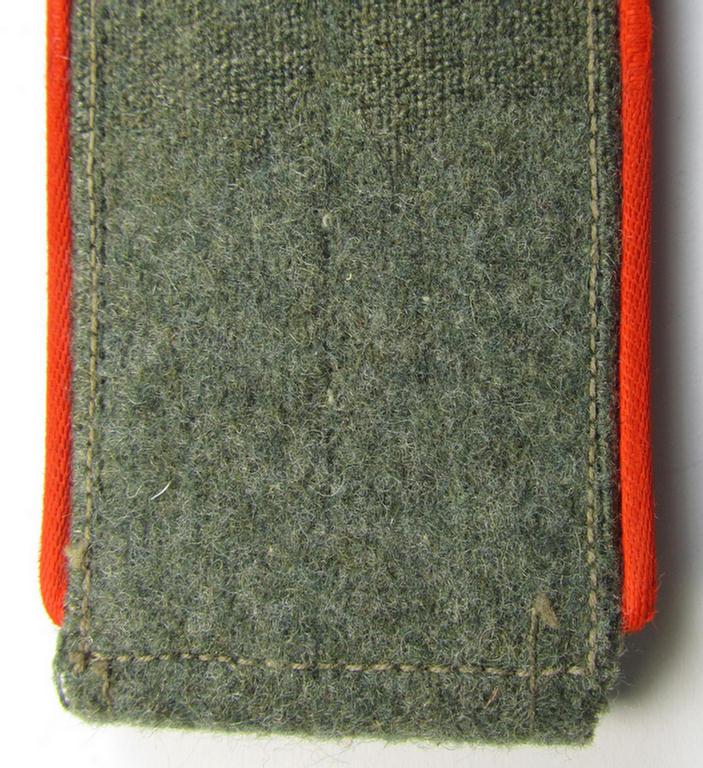 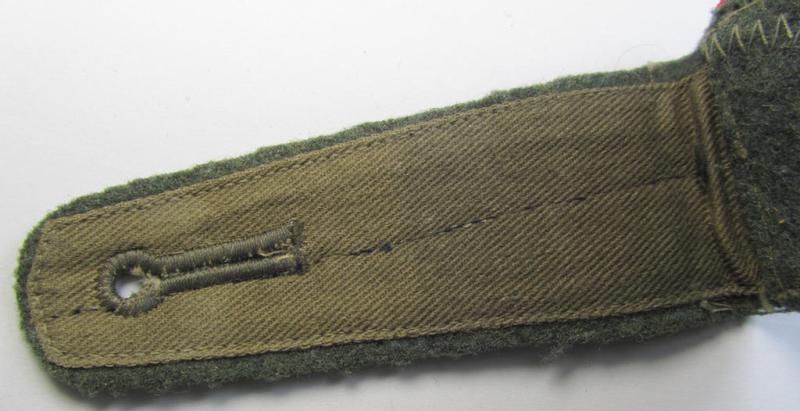 This is an attractive - albeit regrettably single but nevertheless truly scarcely encountered! - (I deem) mid-war period, so-called: 'M40 o. M43'-pattern, WH (Heeres) enlisted-mens'-type shoulderstrap as piped in the bright-orange- (ie. 'oranger'-) coloured branchcolour as was intended for - and/or with certainty worn by! - a: 'Soldat u. Mitglied der Feldgendarmerie-Truppen' (or: simple soldier who served within an army field-police unit) and that comes in an overall nice- (ie. just moderately used- ie. worn-), condition. The neat shoulderstrap - which is piped in the desirable bright-orange- (ie. 'orangeroter'-) coloured branchcolour - measures approximately 11,8 cms. in length and has the desirable, 'silk'-type piping attached (as can be seen on the pictures). The strap is fully 'text-book' in all facets and was only moderately used and/or worn. The strap comes mounted onto its functional tongue and just shows moderate age, wear and/or staining as mentioned above. This particular example originated from a larger cloth- ie. shoulderstrap-collection I recently acquired for the web-site. It should be noted that the bright-orange- (ie. 'oranger'-) coloured branchcolour ranks amongst the rarest branchcolours as used within the: 'Deutsche Wehrmacht'. In any case is this a very attractive and/or mid- (ie. later-) war-period- and/or: 'Heeres'-related EM-type shoulderstrap that was intended for a: 'Soldat u. Mitglied der Feldgendarmerie-Truppen'!