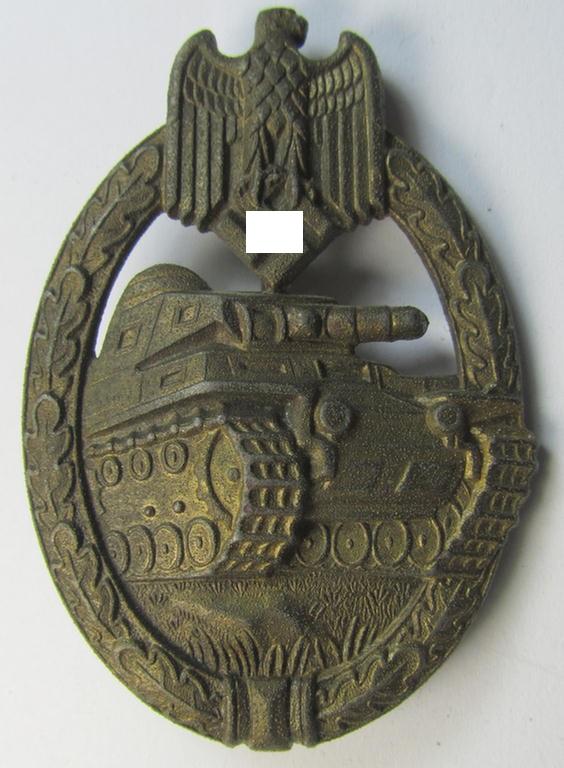 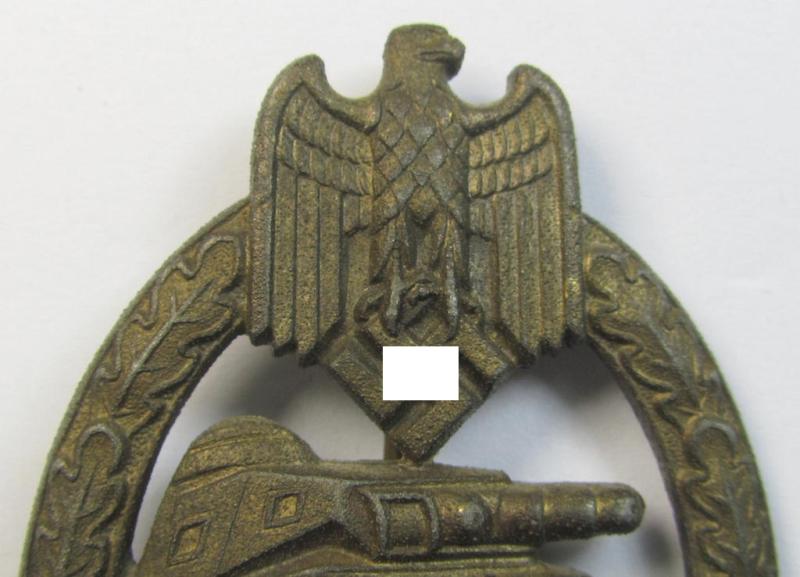 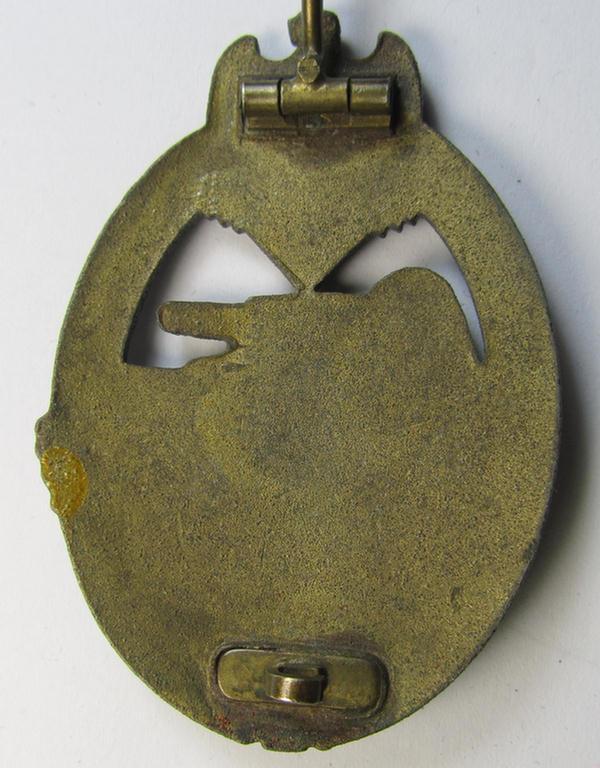 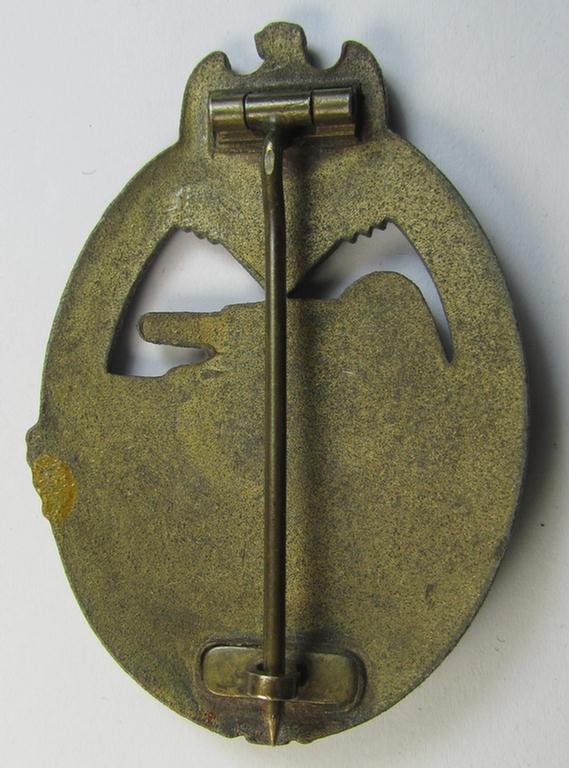 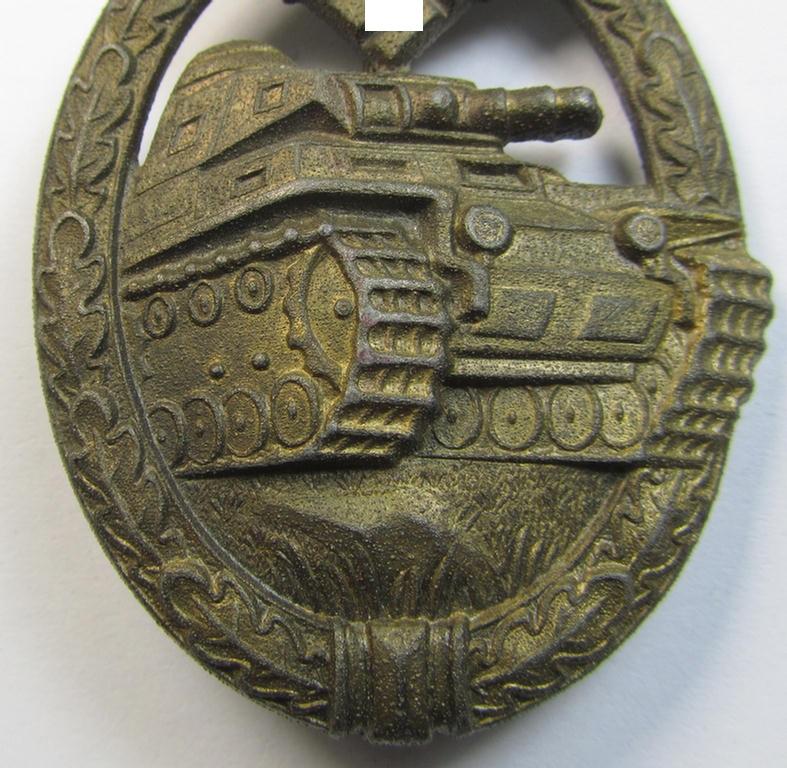 Attractive, 'Panzerkampfabzeichen in Bronze' (or: bronze-class panzer assault-badge or PAB) being a neat zinc- (ie. 'Feinzink'-) version (having a so-called: 'vertical'-set-up) as was procuced by the: 'Steinhauer u. Lück' (ie. 'S.& L.') company

This is an attractive - and I deem just moderately used ie. worn - so-called: 'Panzerkampfabzeichen in Bronze' (or: bronze-class panzer assault-badge or PAB) being a neat non-maker-marked and typical, zinc- (ie. 'Feinzink'-) based specimen (having a so-called: 'vertically-placed' catch-set-up) that was procuced by the: 'Steinhauer u. Lück'- (ie. 'S.& L.'-) company and that comes in an overall very nice- (and I deem just moderately used- ie. worn-), condition. The badge on offer here concerns an (I deem somewhat later-war-period-) typical zinc- (ie. 'Feinzink'-) based specimen that retains most of its (fairly bright) golden-bronze-toned finish: the piece is showing nice detail and/or finish as to be expected (as can be seen on the pictures). The badge is still a tiny bit dirty ie. stained- and tarnished (mainly on its back) as mentioned above. As stated above, is the piece a non-maker-marked example that shows the various characteristics - such as for example the typically-shaped- and 'vertically placed' catch-set-up and 'oval-shaped' hinge-set-up - as only seen on PABs as produced by the: 'Steinhauer u. Lück' (ie. 'S.& L.') company based in the town of Lüdenscheid: it deals with a so-called: 'solid zinc, oval hinge set-up'-pattern award (as is uniquely numbered with the reference-number: '1.4.2' according to the excellent reference-work entitled: 'The Panzer-Assault badge of WWII' by my Belgian friend Philippe de Bock). The neat piece - which is quite pronounced - naturally shows all the details as to be expected for a badge by this particular maker. It was found as such at a German private-household and was never before part of a collection. Simply a nice and honest, bronze-class PAB by the 'Steinhauer u. Lück'-company that comes in a moderately used and/or worn condition!