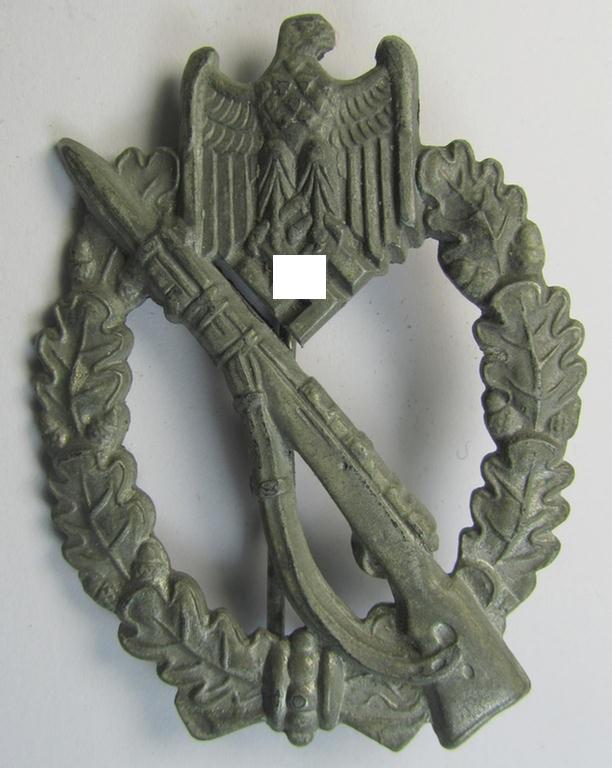 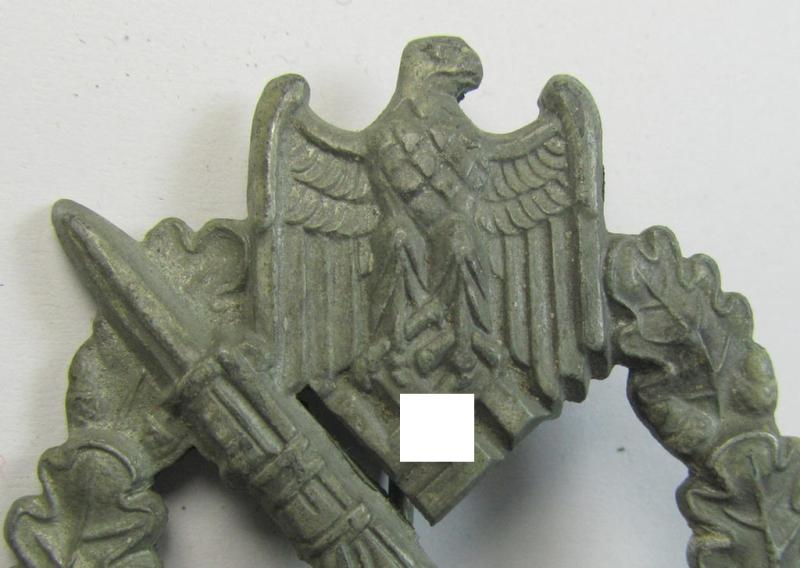 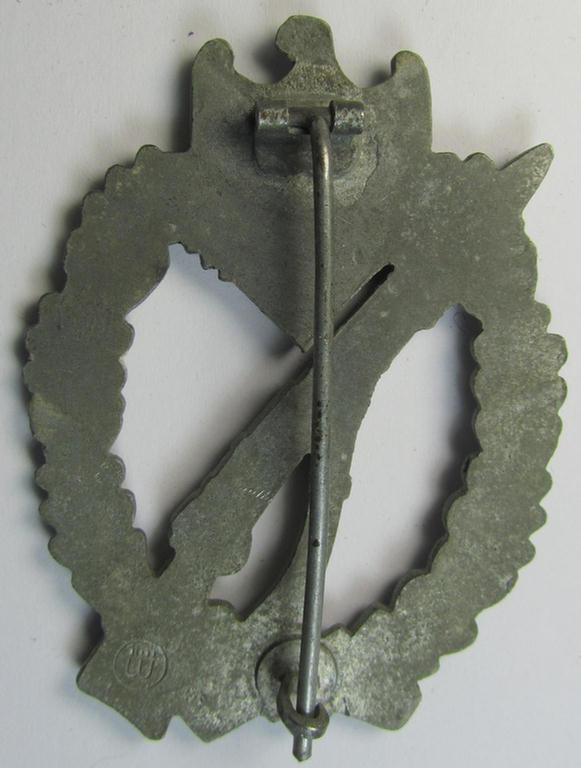 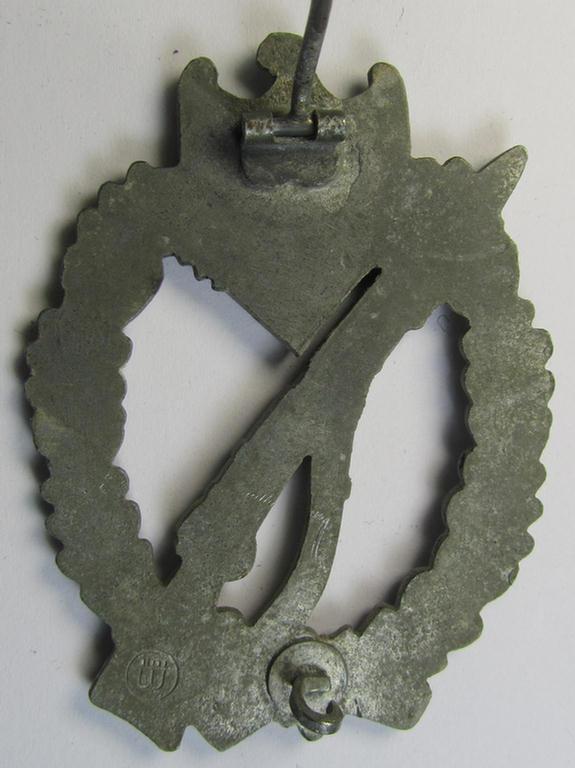 This is an attractive - and actually truly detailed albeit moderately used- and/or worn! - example of an: 'Infanterie-Sturmabzeichen in Silber' (or: silver infantry assault badge ie. IAB) being a neatly maker- (ie. 'ÜÜ'- or: 'Hermann Wernstein'-) marked example as was executed in typical, greyish-silver-coloured- and/or zinc-based metal (ie. 'Feinzink') and that comes in an overall nice- (albeit moderately used and/or worn-) condition. This example is as stated above neatly maker-marked and has a 'typical' catch and/or catch-(ie. hinge-) set-up as to be expected for IABs by this particular maker. The badge seems to be totally uncleaned and has an attractive, typical silver-coloured- and just minimally tarnished age-patina: most of its original (somewhat tarnished) silver-finish has been nicely preserved but is just a bit dirty (as can clearly be noticed on the pictures). The steel-based pin and/or (typical) catch (ie. set-up-) are of course fully functional and/or present. The piece - which originates from a private-household in Germany and that was never before part of any collection - shows some moderate wear and/or staining but was most certainly never cleaned: it comes in a fully untouched condition. Simply a nice - and honest! - silver-class- and/or: 'Feinzink'-based example by the desirable maker: 'Hermann Wernstein' as based in the town of Jena-Löbstedt and that is most certainly accordingly priced!