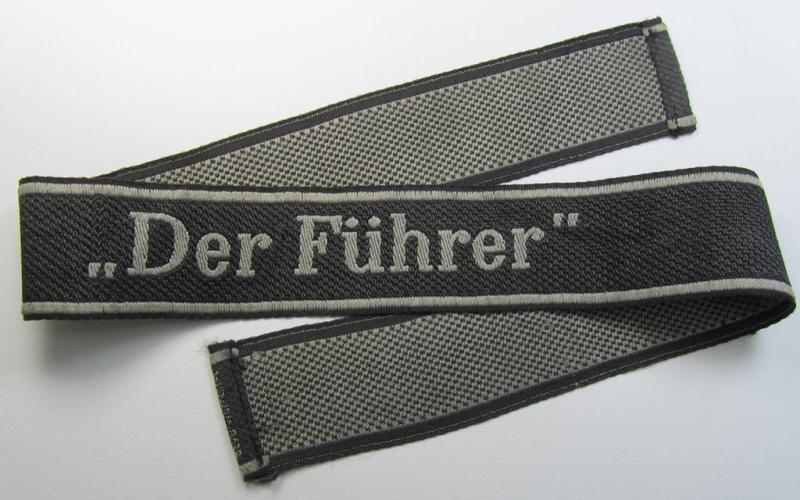 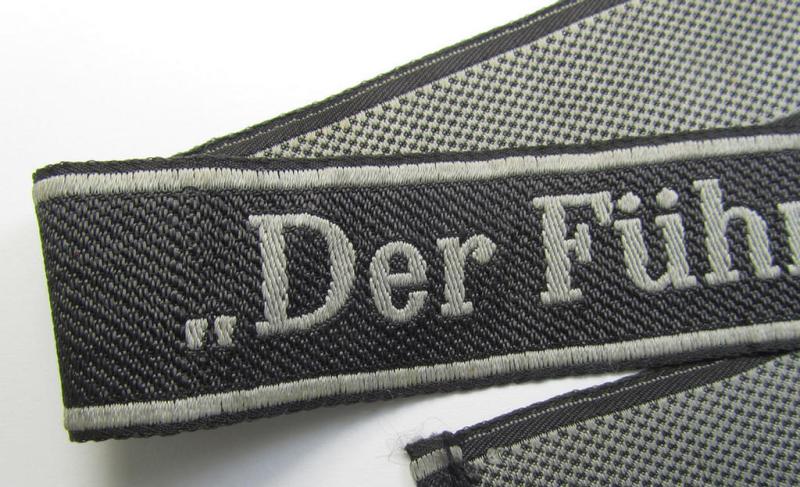 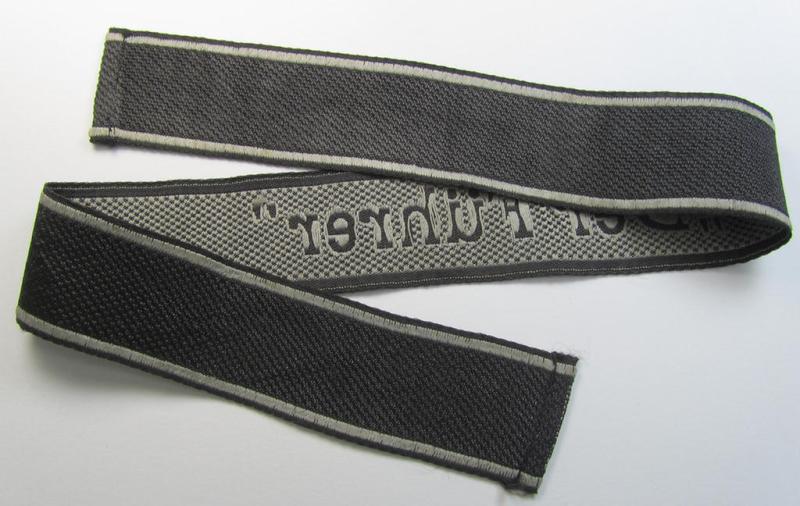 Stunning, Waffen-SS, 1943-pattern cuff-title (ie. 'Ärmelstreifen') depicting the machine-woven Latin script text in silver-grey linnen, as was intended for a member of the: 'SS-Regiment “Der Führer”

This is a very attractive - simply never worn nor used and naturally 100% genuine! - Waffen-SS, 1943-pattern cuff-title (ie. 'Ärmelstreifen') depicting the machine-woven Latin(!) script-text in silver-grey linnen, as was specifically intended for usage by a member serving within the: 'SS-Regiment “Der Führer” (part of the famous '2. SS-Panzer-Division 'Das Reich') and that comes in an overall very nice- (ie. never worn- nor used ie. 'virtually mint'-), condition. The full-length cuff-title (that measures approx. 48/49 cms.) has the typical 'salt and pepper'-reverse and shows all details of an original, period specimen. This band - which is of the rarely found 1943-pattern showing the regiments'-title between double exclamation-marks in Latin-script - was most certainly produced by the 'Bandfabrik Ewald Vorsteher' (ie. 'BeVo') in Wuppertal something that can easily be deducted from the interwoven company-name on one of its ends (something that more often but not always the case). This cuff-title is a 100% text-book- (and as stated above) original example that originates from a US-veteran who 'liberated' this piece in 1945. The piece shows some truly minimal staining and/or storage-age (as can be seen on the pictures). Simply a great opportunity to acquire a very attractive - and actually rarely encountered! - Waffen-SS 'BeVo'-type cuff-title for a competitive price: I have seen similar cuff-titles being sold for much more than my asking-price!