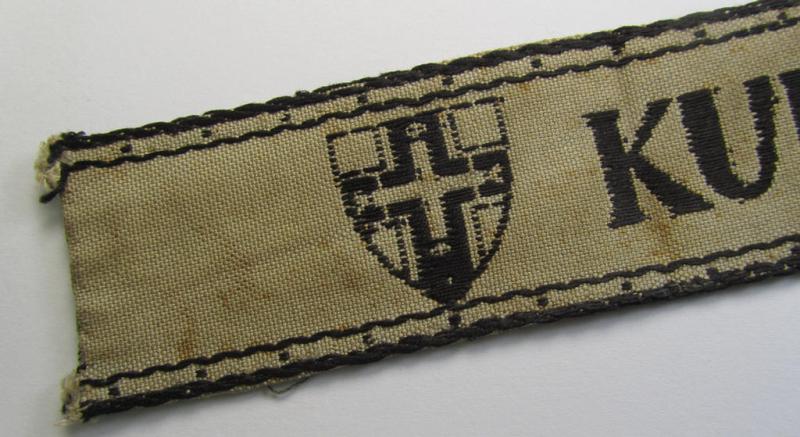 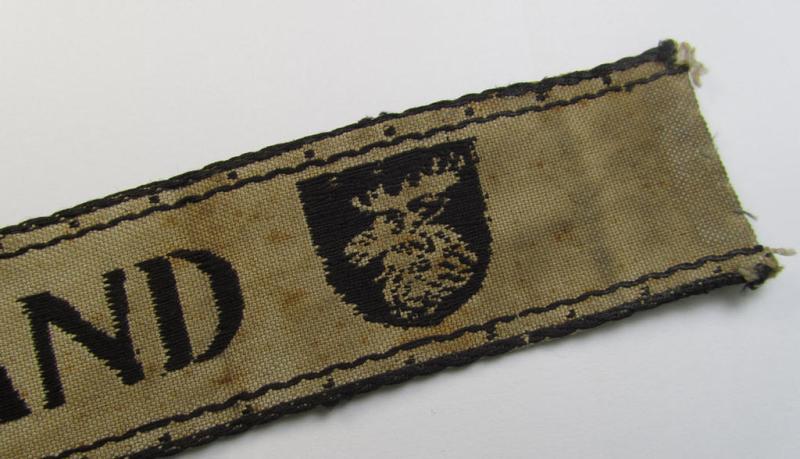 The very attractive - and actually rarely found! - 'Kurland'-cuff-title on offer here is a truly full-length (and approx. 24 cms. long-sized) example which shows both (unfinished) ends that show some moderate fraying and obvious wear, age and/or staining. The piece comes in an overall nice - albeit surely used- and/or clearly tunic-removed condition - but shows no flaws nor damage whatsoever (it shows some normal staining and/or wear of having been worn on a tunic once: some stitching-holes are also still visible as can be seen on the pictures). The cuff-title is executed in black-coloured linnen on a white-/greyish-coloured (and also linnen-based) background as to be expected. It should be stated that this is not a commemorative WH cuff-title (such as for example the 'Afrikakorps'-cuff-title) but an official award that needed official recognition and entry in both 'Soldbuch' and/or: 'Wehrpass'. The armband was handed-out in order to commemorate the fierce battles that took place in the 'Kurland'-area in late 1944/1945. It should, moreover, be noted that this is a very nice and naturally genuine (and full-length!) example for which I give a life-time garuantee on its originality. Simply a very attractive piece that is priced according to its unmistaken rarity and/or desirability!