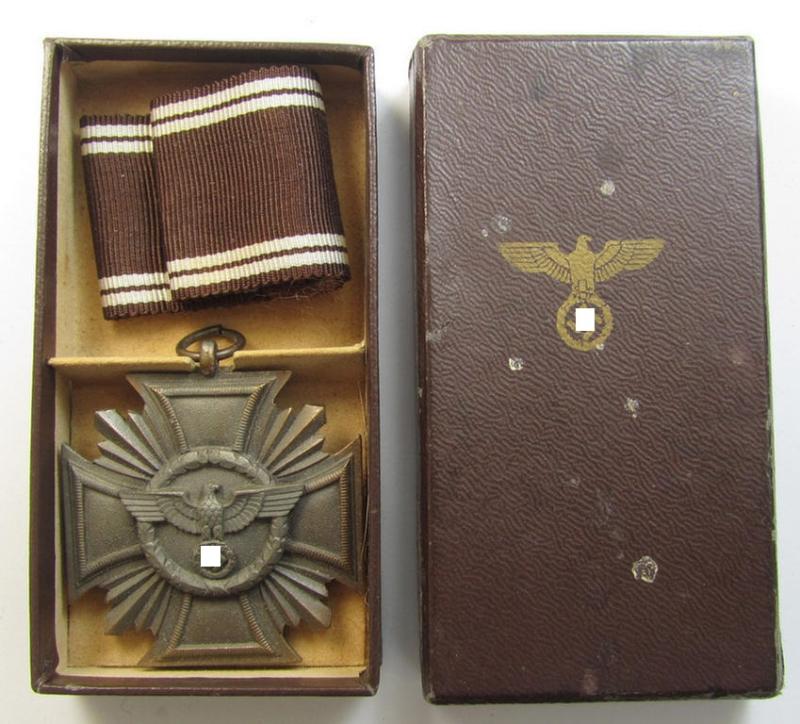 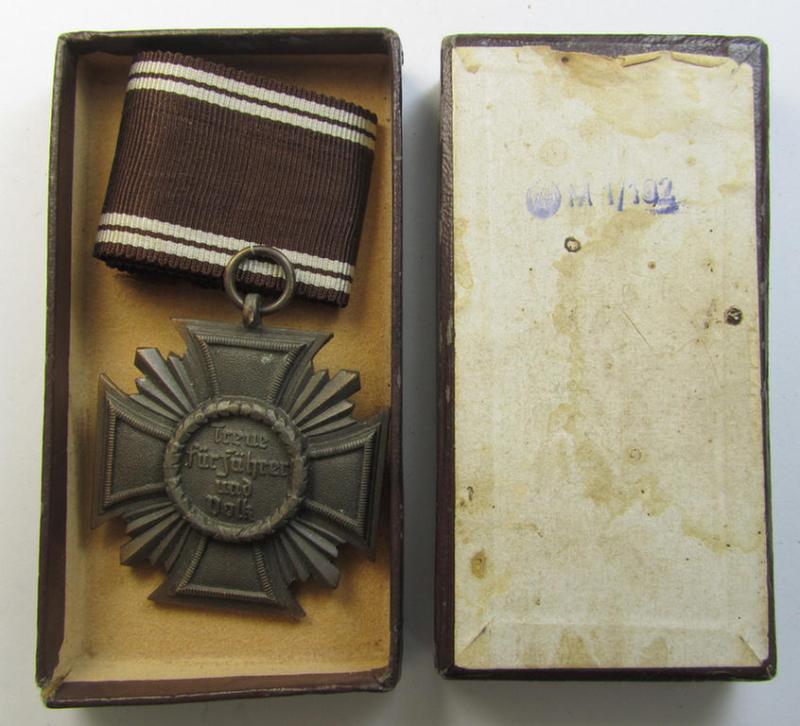 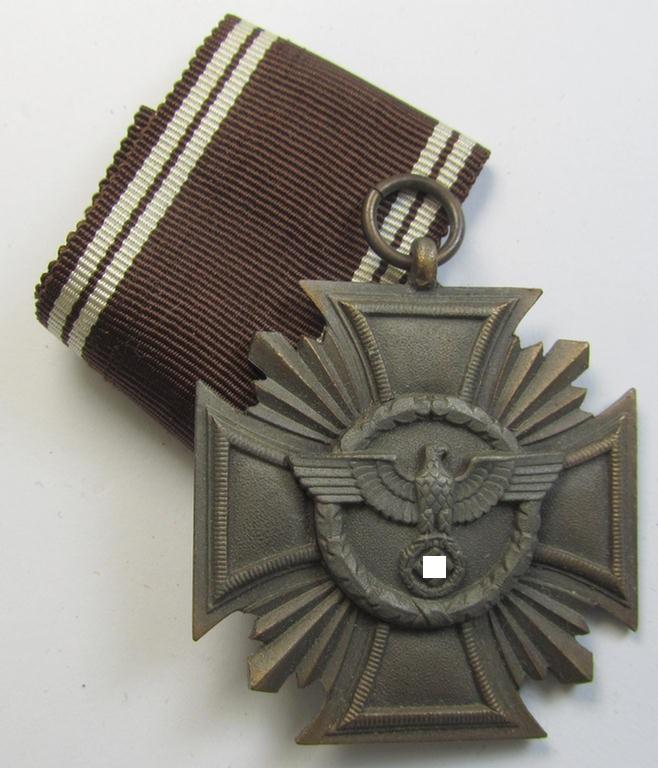 This is an attractive - and clearly issued- and/or worn! - example of a so-called: 'N.S.D.A.P. Dienstauszeichnung in Bronze' (ie. being of the '3. Stufe für 10 Jahre treue Dienste') being a non-maker-marked- and/or so-called: 'regular-weight'-example that comes together with its (full-length, non-confectioned and/or folded ie. 24 cms.-sized-) period ribbon (ie. 'Bandabschnitt') and that comes stored in its (rarely found!) period (two-pieced and neatly 'RzM M1/102'-marked) box (ie. etui) as issued and/or stored for decades. The neat - and detailed! - medal has most certainly never been cleaned and retains a fair bit of its minimally tarnished and typical golden-bronze-coloured finish: it truly retains great pronounced detail (without showing any real damage or alike). The award is just minimally tarnished (ie. dirty) caused by years of storage only. Of specific interest is of course the fact that this specimen came stored in its (rarely seen and equally nicely preserved!), typical chocolate-brown-coloured, period box (ie. etui) that shows an inked makers'-designation on its back (that reads: 'RzM M1/102') and that shows a fully preserved golden-eagle-device on its top-lid (as can be seen on the pictures). This piece was recently found as such at a private-household in Germany and was never in collectors'-hands. Simply a neat - and complete! - example of this desirable 'N.S.D.A.P.-Dienstauszeichnung in Bronze' that is accordingly priced!