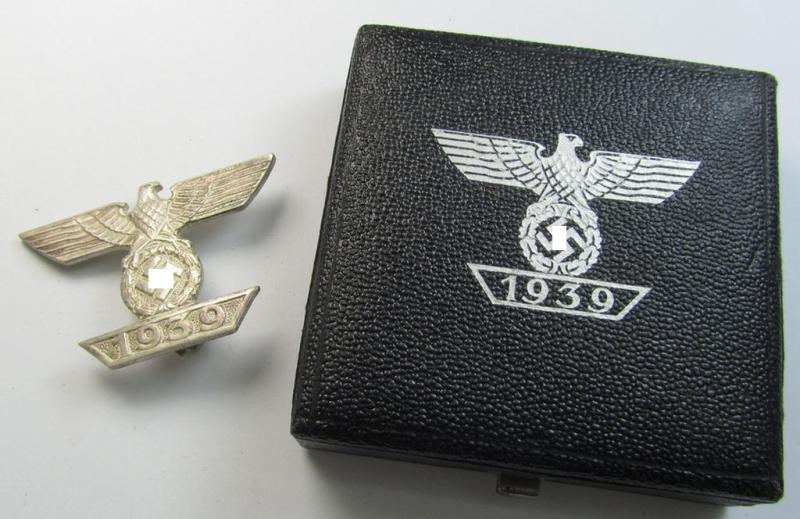 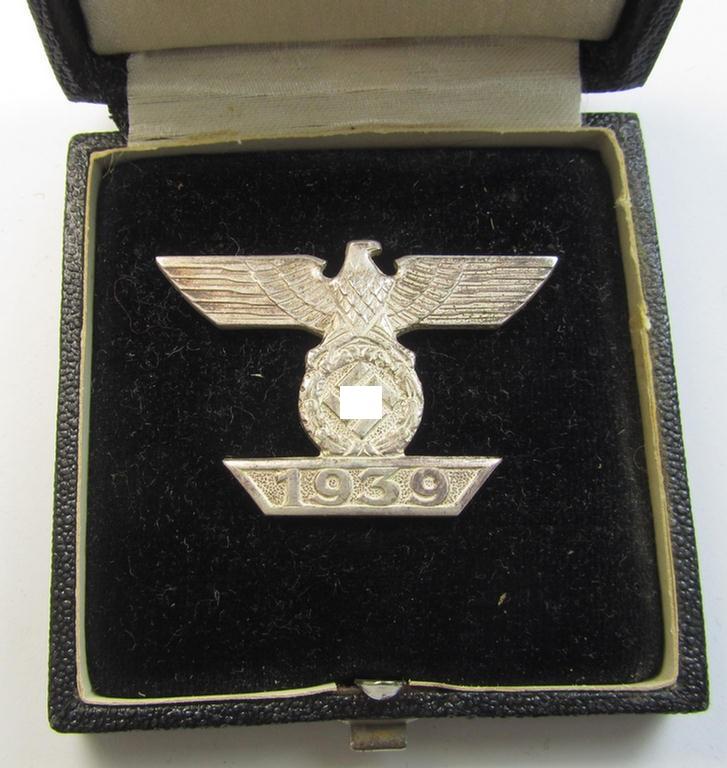 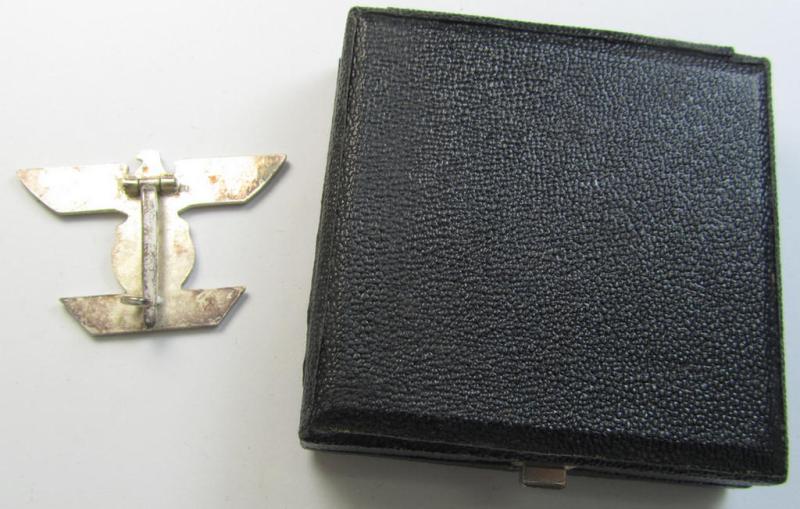 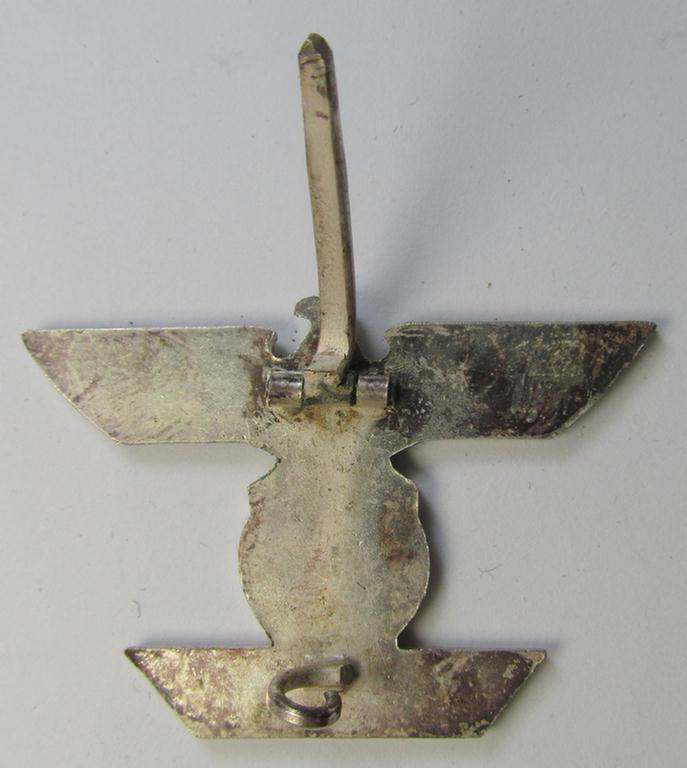 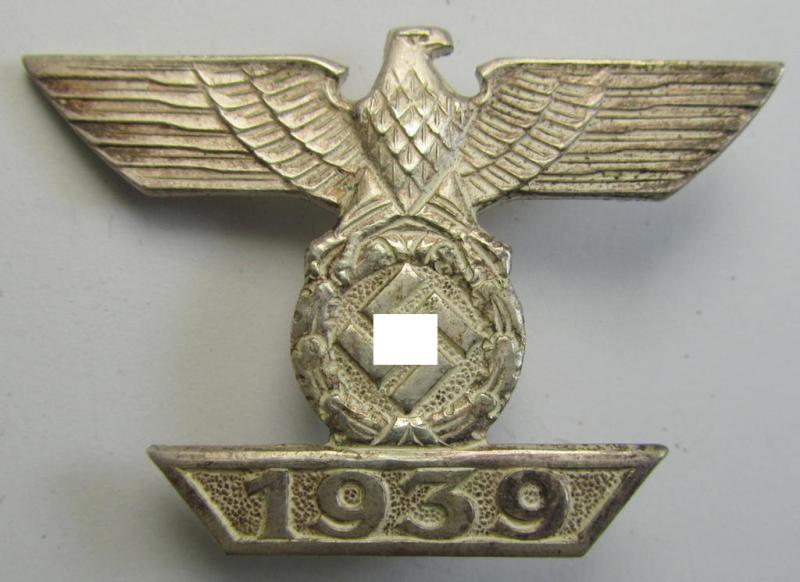 Superb - and rarely seen! - example of a: 'Wiederholungsspange zum EK I. Klasse' (or: bar to the WWI IC first-class) as was produced by the maker (ie. 'Hersteller'): 'B.H. Mayer's Kunstprägeanstalt' and that comes stored in its accompanying etui

This is a truly very attractive - and I deem fairly early-pattern- and actually rarely seen! - example of a: 'Wiederholungsspange zum EK I. Klasse' (or bar to the WWI IC first-class) being a non-maker-marked example as was produced by the desirable maker (ie. 'Hersteller'): 'B.H. Mayer's Kunstprägeanstalt' and that comes stored in its period etui and that comes in an overall nice- (albeit issued and I deem just minimally worn-), condition. The neat piece retains a fair bit of its 'high-polished sides' (or: 'hochpolierte Kanten') and is, however, very detailed and/or pronounced as to be expected: it came mounted on its fully functional (and totally unaltered) pin- and/or pin-/catch-set-up (as can be seen on the pictures). The piece - which is I deem of an early-production - retains a very attractive (and just minimally tarnished) age-patina and was never cleaned nor polished. The piece came stored in its period (black-coloured- and semi-leather-based) etui (that shows a fully preserved silver-coloured eagle-device on its top) and originated from a private-household and was never before part of any collection. The etui shows, however, some minimal age- and/or storage-marks but is nevertheless very nicely preserved (as can be seen on the pictures). It should be noted that these (matching!) 'Wiederholungsspangen zum EK I. Klasse'-sets are quite scarcely encountered and are not that often appearing on todays market: even more so when they are produced by the desirable maker 'B.H. Mayer's Kunstprägeanstalt' based in the town of Pforzheim. I deem that this attractive 'Wiederholungsspange zum EK I. Klasse'-set is accordingly priced!