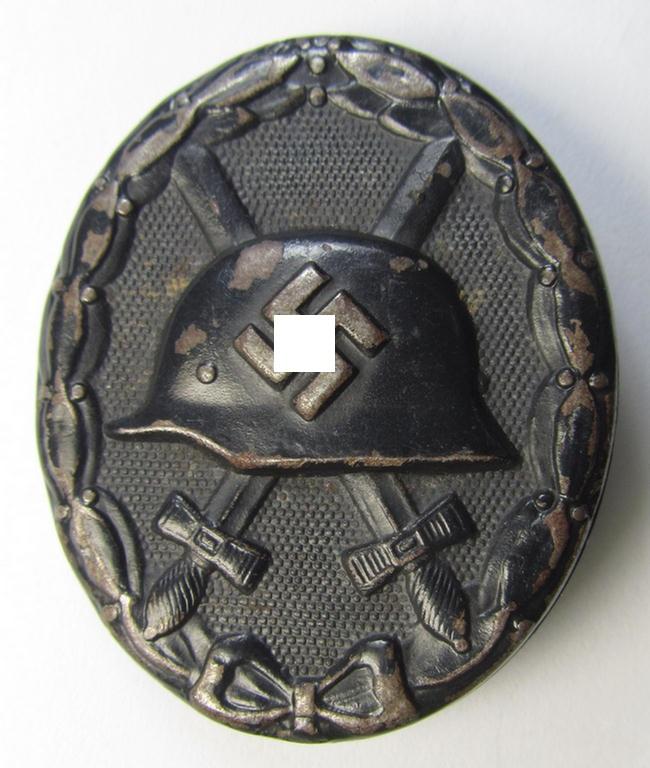 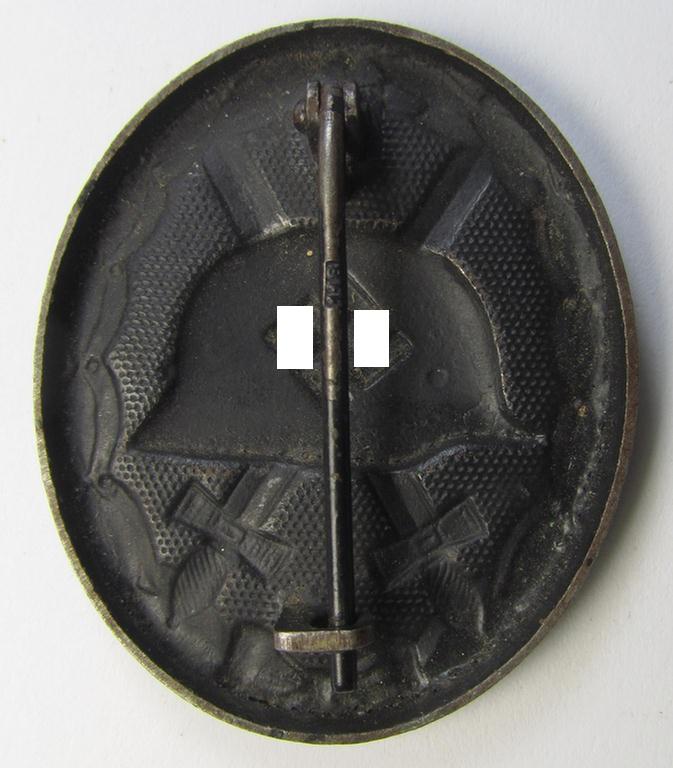 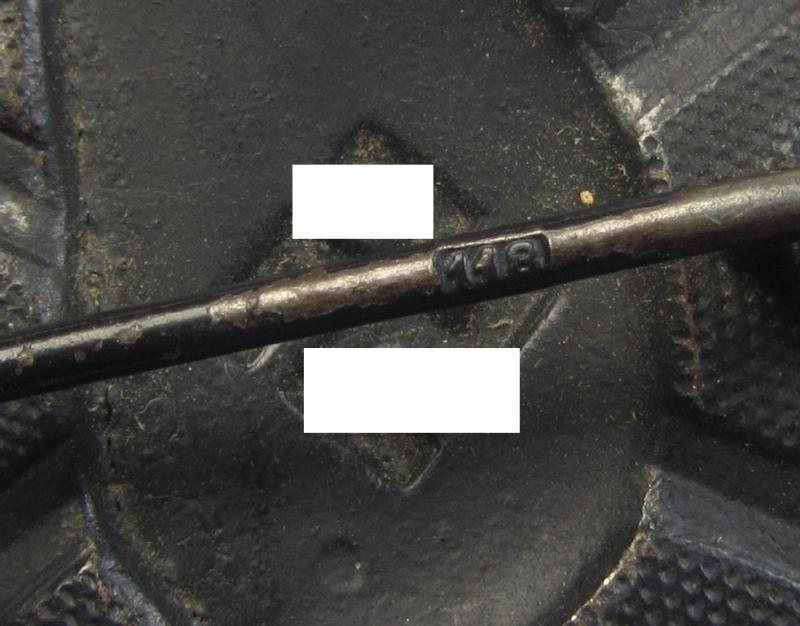 Attractive - and neatly maker- ie. '118'- marked! - example of a black-class wound-badge (or: 'Verwundeten-Abzeichen in Schwarz') being an example that was produced by the Austrian maker (ie. 'Hersteller') named: 'August Menze & Sohn'

The attractive - actually scarcely found albeit moderately used- and/or worn - black-class wound-badge (ie. wound-badge (or: 'Verwundeten-Abzeichen in Schwarz') retains a fair bit of its original, black-coloured- and/or somewhat 'shiny'- ie. glossy-like finish: it only shows moderate wear and was simply nicely preserved over the years. The wound-badge is - as stated above - neatly maker-marked (on its pin) with the makers'-designation: '118' (as can be seen on the pictures) signifying that it deals with a piece that was produced by the desirable, Austrian-based 'August Menze & Sohn'-company as was based in the town of Wien (ie. Vienna). Of course, are the (regular- ie. thin-shaped- and/or magnetic) pin and/or: (typical) catch (-set-up) fully functional and of course present. This piece has never been cleaned nor polished: it shows some minimal dust and/or staining as to be expected.