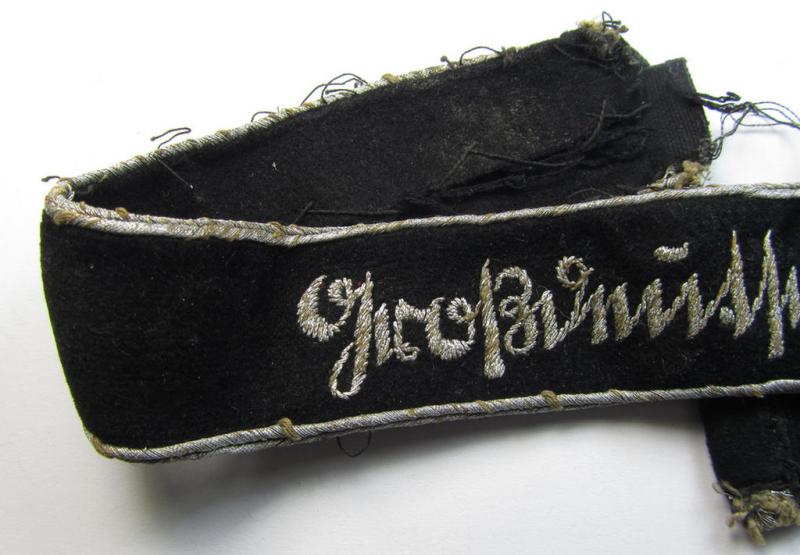 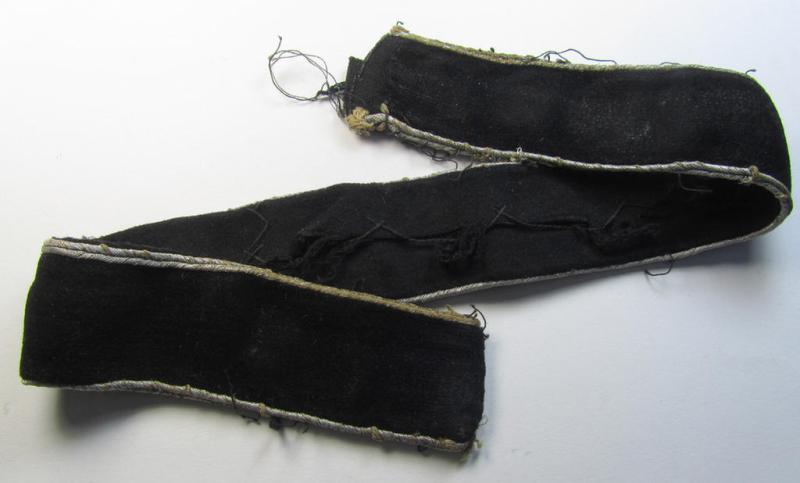 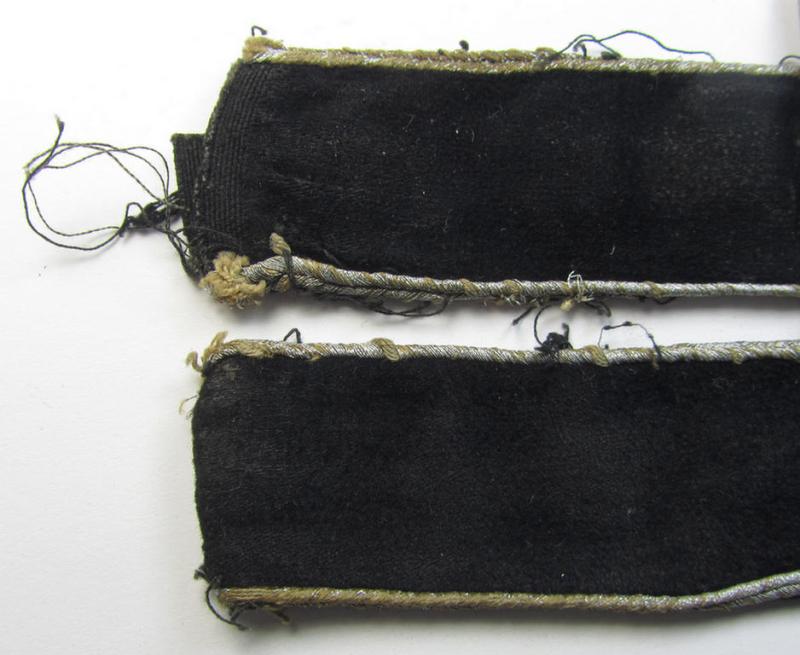 This is a truly very attractive - and actually not that often seen! - (I deem) almost full length (and most certainly once tunic-attached and carefully removed!) example of a WH (Heeres) cuff-title ie. armband (ie. 'Ärmelstreifen') entitled: 'Grossdeutschland' being a neatly hand-embroidered 'standard-issue'-pattern example (of I deem the first pattern that was used throughout the war) that was specifically intended for officers'- (ie. evt. NCO-) usage (ie. 'Ärmelstreifen für Offiziere') and that comes in an overall very nice- (ie. most certainly issued- and/or clearly worn- ie. once-tunic-attached-), condition. The cuff-title measures approximately 42 cms. in length and comes as recently found. The cuff-title - which does show some moderate age, wear and/or staining - is executed onto black-coloured 'smooth-like' wool and shows the (very nicely!) hand-embroidered (ie. 'Schreibschrift'-styled-) text entitled: 'Grossdeutschland' as executed in silverish-coloured braid as to be expected: as such does it deal with a typical example of the first-pattern that was intended for commisioned-staff ie. being an: 'Ausführung für Offiziere'. Both ends were once carefully folded backwards as worn on the tunic (as can be seen on the pictures). The band still shows some of its thread- ie. stitching-remains with which it was once tunic-attached (as can be seen on the pictures). Simply a very attractive and naturally 100% genuine, period example that really shows character and that is priced according to its obvious rarity and/or desirability!